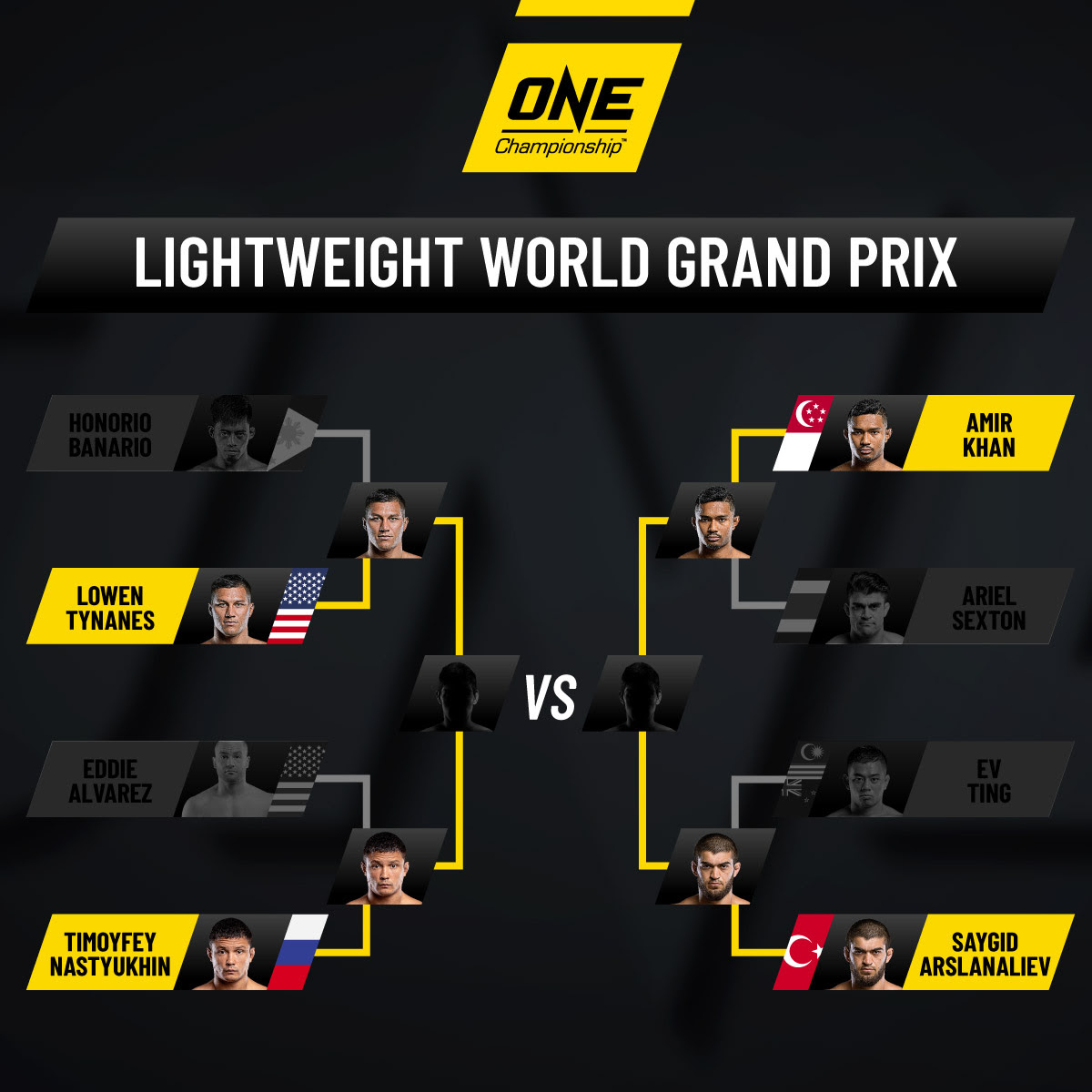 The largest global sports media property in Asian history, ONE Championship™ (ONE), has just announced that former ONE World Title challenger Amir Khan of Singapore will be stepping in to face Saygid Guseyn “Dagi” Arslanaliev of Turkey in the semi-final round of the ONE Lightweight World Grand Prix at ONE: ENTER THE DRAGON which takes place Friday, 17 May at the Singapore Indoor Stadium.

The 24-year old Khan takes the place of Arslanaliev’s original opponent, Ariel “Tarzan” Sexton of Costa Rica, who was forced to withdraw from the bout after suffering an injury during training.

A Singaporean Muay Thai Champion and former ONE World Title challenger, Khan has shared the Circle with some of the best that the ONE Championship lightweight division has to offer, including former ONE World Champions Eduard “Landslide” Folayang and Honorio “The Rock” Banario, as well as top contenders Adrian Pang and Timofey Nastyukhin.

Khan squares off against one of the hottest lightweight contenders today in Turkey’s Arslanaliev.

A proven finisher with all seven of his wins coming via stoppage, Arslanaliev has dominated all of the challenges he has faced so far in his young career. The 24-year old is currently riding a three-bout winning streak with victories over the likes of Tetsuya Yamada, Timofey Nastyukhin, and most recently a 25-second knockout of former ONE World Title challenger Ev Ting to advance to the ONE Lightweight World Grand Prix semi-final round.

ONE: ENTER THE DRAGON features a stacked card headlined by newly-crowned ONE Lightweight World Champion Shinya “Tobikan Judan” Aoki of Japan who is set to defend his title against rising star Christian “The Warrior” Lee of Singapore.

In the co-main event of the evening, Dutch kickboxing superstar Nieky “The Natural” Holzken will take on countryman Regian “The Immortal” Eersel for the inaugural ONE Lightweight Kickboxing World Championship.

Previous articleUFC announces 5 year partnership with Abu Dhabi
Next articleSAM-A GAIYANGHADAO AND JONATHAN HAGGERTY STARE DOWN AT ONE: FOR HONOR OFFICIAL OPEN WORKOUT IN JAKARTA