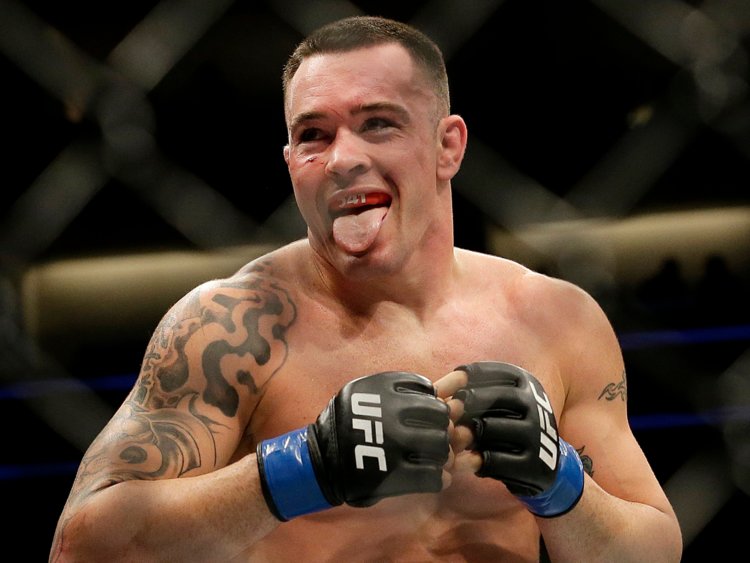 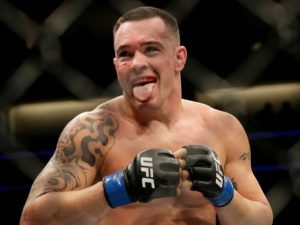 Although he is in line for a title shot, he hasn’t stopped the name calling other fighters. Recently he called out Mike Perry and said that he will break his jaw and end his MMA career. This isn’t the first time Covington has trashed talked Mike Perry before he even verbally attacked his girlfriend and called her ‘ratchet horse faced girlfriend’. He will fight Perry if he manages to win his next two fights.

“If Mike Perry can win two fights in a row he’s getting an immediate title shot. I will defend my title against him. I know he can’t count to as high as two and I know he’s probably not going to win two fights row. If Mike Perry, that dumb motherf—-ng cousin f—er, sheep lover, horse-face lover motherf—er can win two fights in a row, Jason, he’s getting an immediate title shot. Winning two fights for a jobber who’s going to be fighting [in] Indian casinos next year is going to be really tough for him. I don’t see it happening, but I wish him the best. I really do hope he wins another fight so I can literally break his jaw and send him packing. He’ll never fight again. I promise you that.”

Colby Covington said that he will be in jail for assault if he fights Perry next.

“If they locked me in the Octagon with him they’d probably [charge me with] assault afterwards,” he said. “I’d probably be in jail for assault because the dude, he’d be helpless in there against me. Literally, he’d be helpless. That’s just all it would be. He’d be helpless. He wouldn’t be able to do anything. He’d be so gassed out. He thought he was gassed out in one round against [Alex] Oliveira? Who the f— is that guy? You’re talking about the cream of the crop [with me]. America’s champion. The best welterweight to ever grace the UFC. He has no shot, Jason. So, I’m hoping he can get on a two-fight win streak so I could end his career.

Who do you think wins the fight between Mike Perry and Colby Covington?