Anderson out, Evinger in, against Cyborg for UFC 214 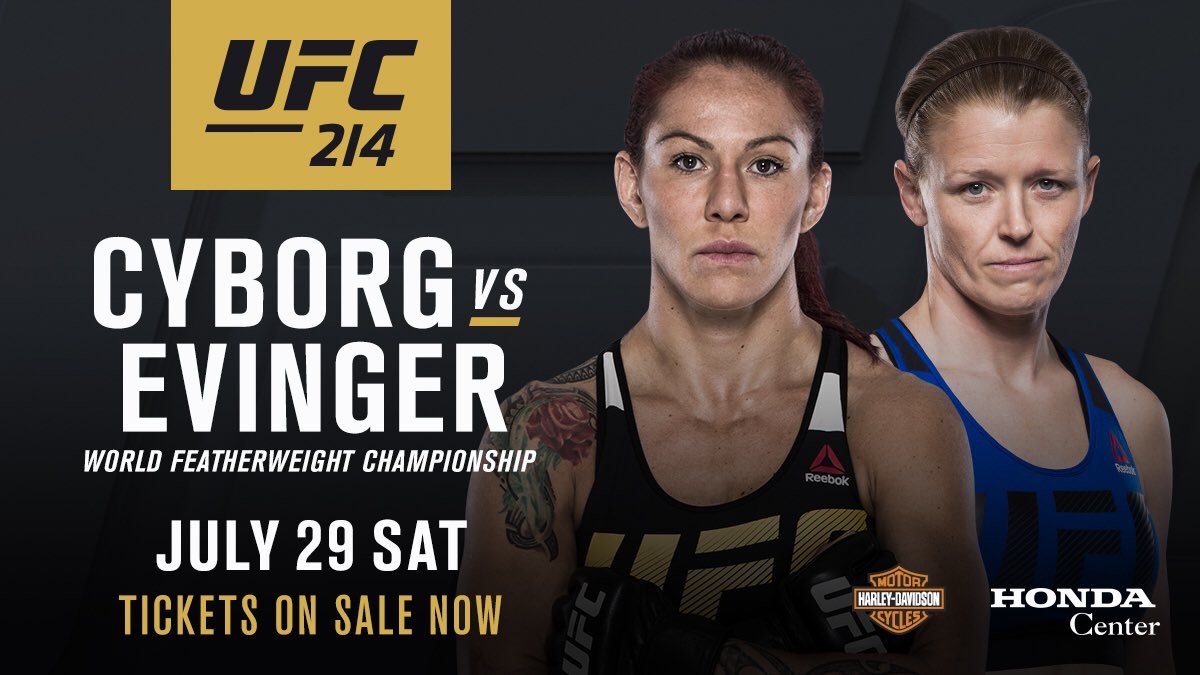 Following news that Megan Anderson had to drop out from her championship fight against Cris Cyborg, scheduled for UFC 214, citing personal reasons, the UFC has managed to do a quick turn around and replace her with Tonya Evinger, the Invicta bantamweight champ, to fight for the UFC women’s feather weight belt.
This replacement has created a very interesting fight with Tonya being a very tough opponent and a veteran in the wmma scene.
It has also created upheavals in Invicta FC 24 again with Tonya having been slated to fight in the main event against promotional newcomer Helena Kolesnyk (5-0, 1 NC),(who replaced Megan Anderson) who is now expected to remain on the card with a replacement opponent to be determined.
Previously slated to serve as the night’s co-main event, the flyweight bout between UFC veteran Milana Dudieva (11-5) and newly signed Mara Romero Borella (10-4, 1 NC) now takes the top billing.
All eyes are now on Cyborg and Tonya for the UFC 214 event taking place July 29th at Anaheim, California.