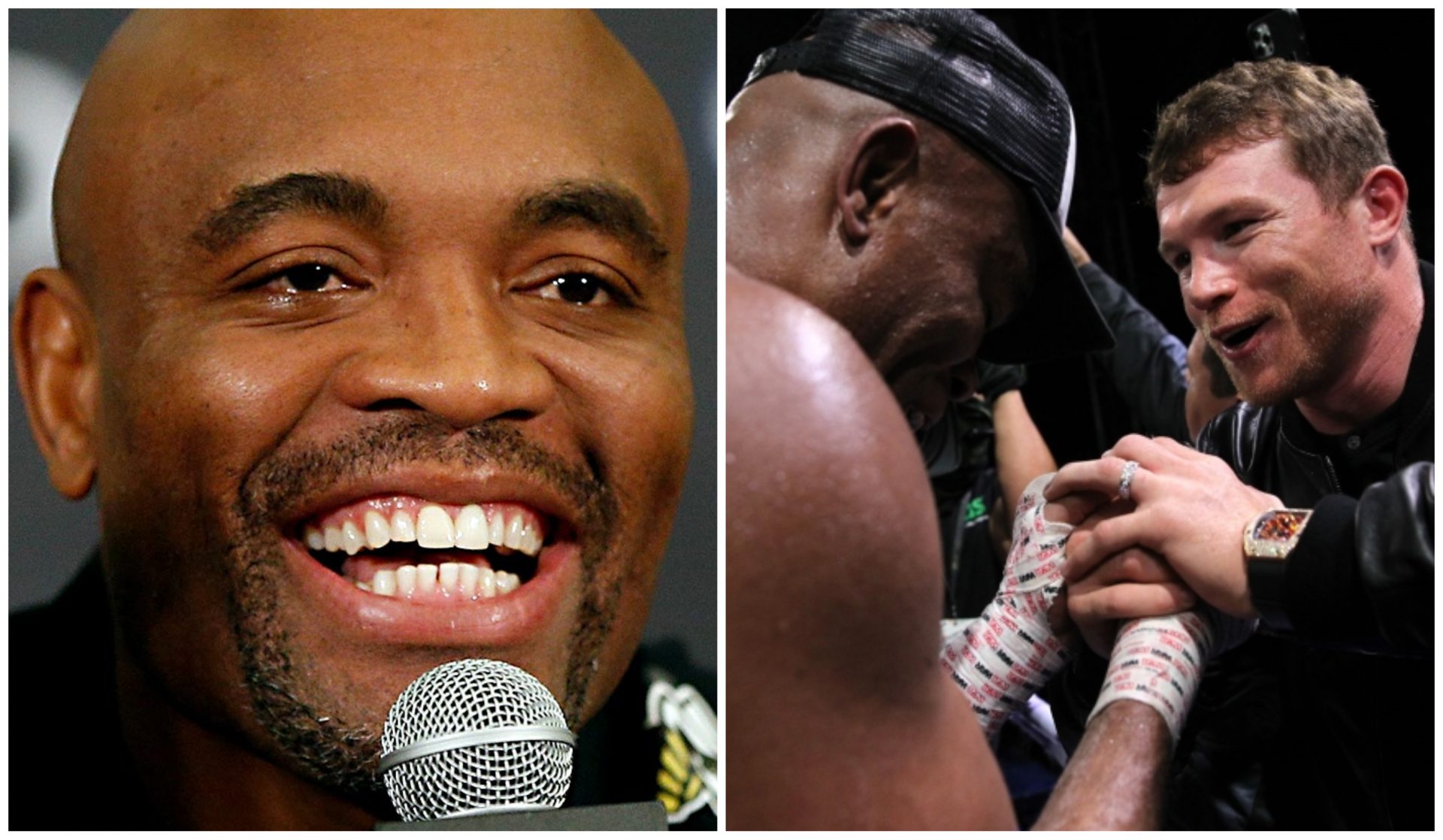 If the stunning boxing comeback victory over Julio Cesar Chavez Jr was not enough of a grand moment for Anderson Silva, the ex-UFC middleweight champion was elated over the conversation he had with Canelo Alvarez after the match.

Silva, who parted ways with MMA after a spectacular career inside the Octagon, returned to boxing after a gap of sixteen years and going against one of the best middleweights of this generation, registered a split decision victory over Chavez Jr on 19th June at the Estadio Jalisco in Guadalajara, Mexico.

Throughout the eight rounds of the bout, Silva showed his brilliant pressing game against Chavez Jr, as well as picture perfect one two combos that would often expose the Mexican’s defenses. At the end of the fight, the judges scored the fight 77-75, 75-77, 77-75, earning Silva the second victory of his three fight professional boxing career.

While “The Spider” garnered appreciation from all around for his brilliant prowess with the gloves even at 46 years of age, getting appreciation straight from the number one pound for pound pugilist in the world was something else for the Brazilian.

“I’ve been a big fan of ‘Canelo’ for many years. I follow his career and I love boxing. ‘Canelo’ is a ‘gentleman’, he is very respectful,” Silva recalled his conversation with Canelo inside the ring after defeating Chavez Jr.

A four division world champion, Canelo Alvarez is currently the WBC, WBA (Super) and WBO super middleweight titleholder and is on the path to clinching the undisputed champion status when he faces IBF champion Caleb Plant this September.