Anderson Silva explains to Jacare why he’s been promised a title shot: “Jaca it’s not me. It’s Dana White!” 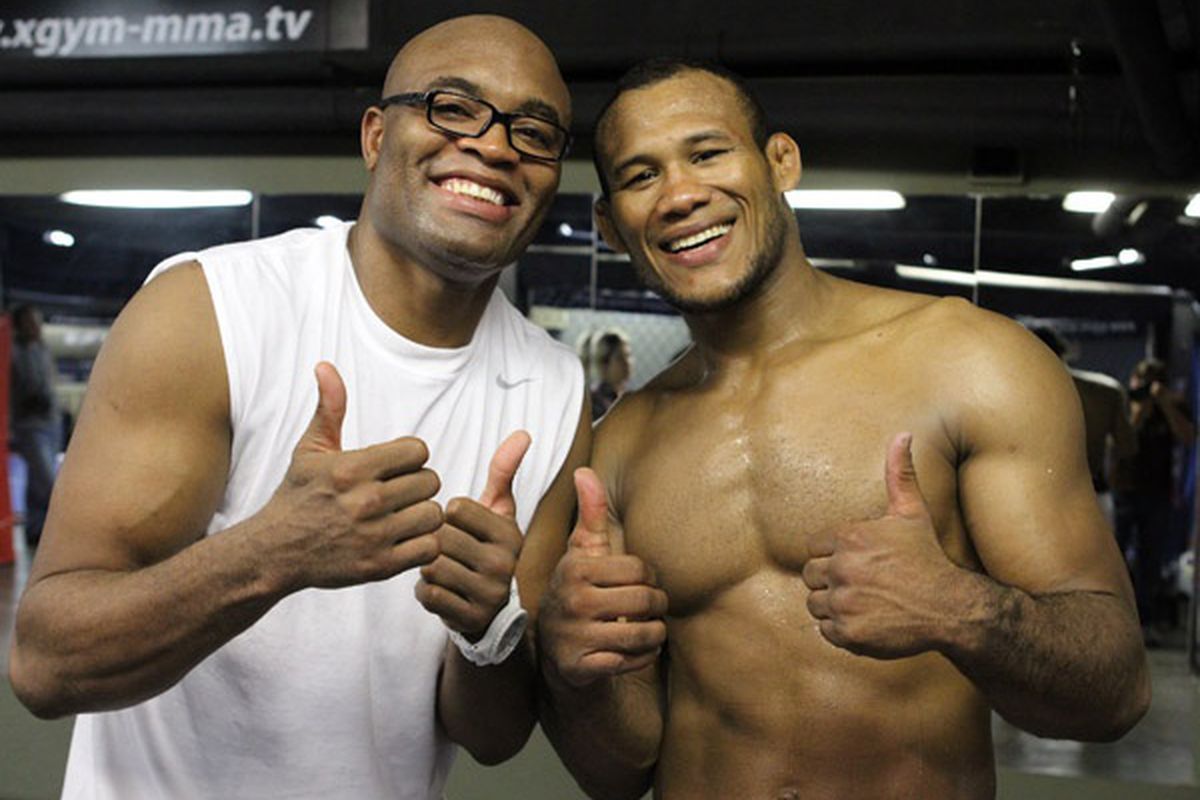 However, it wasn’t easy to convince Silva to take on a young hungry lion in Adesanya, but Silva was promised a UFC title shot if he beats Adesanya and it was more than enough reason to convince him to take the fight. The news of Silva getting a title shot is kind of upsetting for another top Brazilian contender Jacare Souza who doesn’t believe that the legendary Brazilian is worthy or deserving a title shot.

However, Silva said Monday at a press conference at his new Spider Kick gym that he was “surprised” to hear Souza’s comments.

“‘Jacare,’ when he come to train to my team in Brazil, I just opened the door of my gym and I helped a lot and supported a lot,” Silva said. “I’m very surprised that ‘Jacare’ was talking about that situation, especially because he respects me. I tried to help ‘Jacare’ many times. I fight with Dana and Ed Soares one time when ‘Jacare’ came close to fighting for the belt.”

Jacare who is coming off of a dominant win over Chris Weidman at UFC 230 and has said that the spider is getting a title shot only because of his name.

”In my (jiu-jitsu) days, I competed in the state tournament to earn a spot in the World Championship. If I didn’t win the state champion, I didn’t fight the Worlds,” Souza said. “(If I won), no one would jump the line. Now, because the guy has a name and everything… The reality is, Anderson is coming off doping, man. Anderson is out of the ranking.”

Anderson Silva hasn’t fought in over a year and when he fights Israel Adesanya he would have been out of the cage for exactly two years. The last time he stepped inside the cage was against Derek Brunson where he won via a unanimous decision.

Previous articleJorge Masvidal moves on to Neil Magny for UFC 235 in the face of Nick Diaz’s reluctance to fight
Next articleUFC: Kevin Lee responds to Khabib’s ‘Be Humble’ warning after Iaquinta loss