Anderson Silva not done with fighting yet 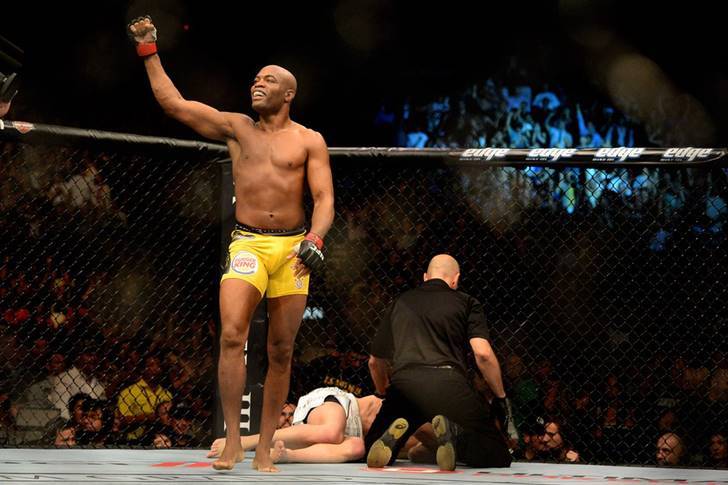 Anderson Silva revealed on Instagram that he is not done with fighting:
The former UFC Middleweight kingpin, Anderson Silva hasn’t been enjoying much success since he lost
his title to Chris Weidman back in UFC 162. Many thought the ‘Spider’ had reached the end of his career
as we saw him struggle to survive in his last fights, but Silva says he isn’t ready to hang up his gloves yet.
Only yesterday, Silva posted on Instagram an old picture of himself with the middleweight championship
belt around his waist, bowing down to the crowd out of respect after his triumph in the Octagon. The
post also included a caption that expressed his gratitude to his team and his fans, and furthermore also
stated that he will soon make his return to the Octagon.
https://www.instagram.com/p/BdpqeqDlDXB/
The Legend’s last victory was over fellow UFC middleweight Derek Brunson back in February 2017
through a controversial decision which came after a four year period of misfortune. Later, that year he
was scheduled to fight Kelvin Gastelum in the inaugural UFC event in Mainland China, but was pulled out
from the bout as he failed out-of competition drug test.
This hasn’t been the first time the former pound for pound champion has failed a drug test. Previously,
post his fight with Nick Diaz he tested positive for Drostanolone and Androsterone. As a result, his win
over Diaz was turned into a no-contest. Despite failing drug tests multiple times, he has remained clean
during his title reign and is known for his class inside and outside the cage.
He had earlier revealed that he had signed a multi-fight deal with the company despite being well over
40 years of age and when many doubted if he could still continue. However, he won’t be the first to
shine in the late age. Randy Couture, another UFC legend had most of his success at a very late age.
It would be nice to see the Brazilian Legend fight the new generation of fighters like Luke Rockhold and
Robert Whittaker but this won’t be an easy task as the current UFC fighters are reaching a whole new
level of athleticism.