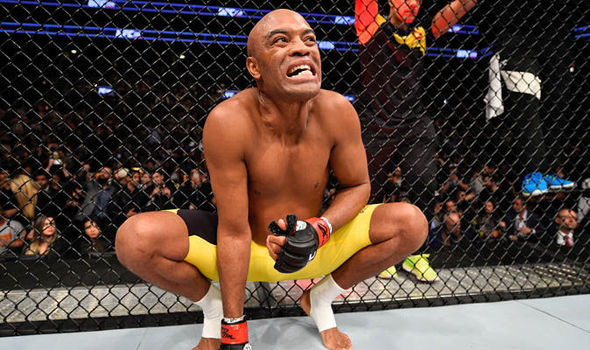 This particular incident has happened regards a USADA drug test conducted him on Oct 26th.  This has caused the UFC to provisonally suspend him and remove from the Shanghai card, the first time the UFC was holding an event in mainland China.  The UFC announced on Friday that an out-of-competition sample collected on 26 October was flagged for a banned substance. The actual banned substance was not named. The UFC is now looking for a replacement to face Gastelum.

Silva had also failed an in-competition drug test for the steroids drostanolone and androsterone stemming from his fight with Nick Diaz at UFC 183 in January 2015 for which he was banned for a year.

Silva has won just once in the last five years,a points win over Derek Brunson in February and would face a minimum two-year ban under the UFC’s anti-doping policy if USADA chooses to treat him as a second-time offender, effectively ending his career.

Previous articleConor Mcgregor enters cage and pushes Marc Goddard: Will he get away with it?
Next articleScott Coker introduces 8 men Bellator MMA World Grand Prix