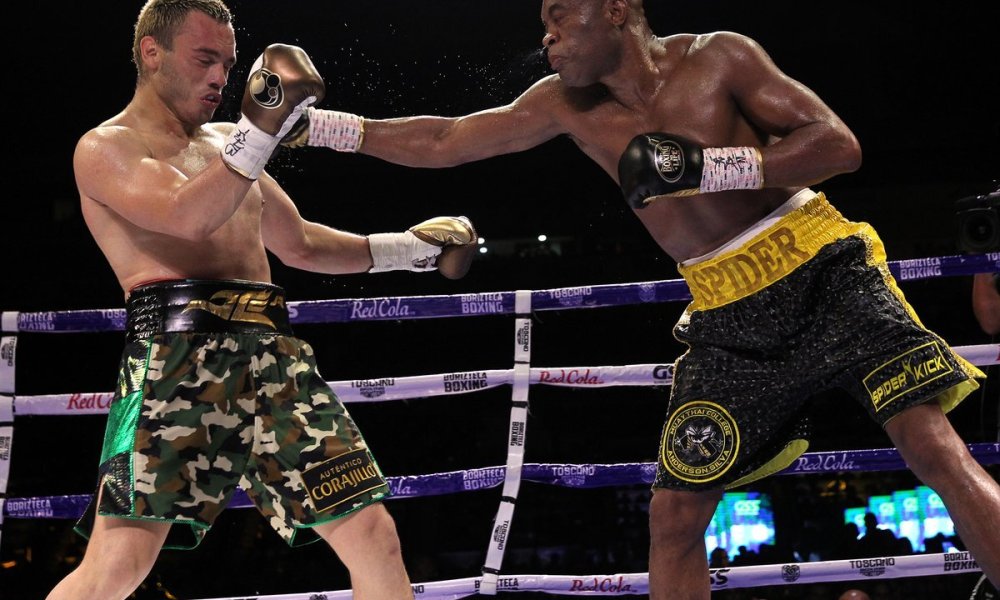 The bout, which took place at the Estadio Jalisco in Guadalajara, Mexico, marked Silva’s return to professional boxing after a gap of sixteen long years since the second and last time the Brazilian was seen donning the boxing gloves, against Julio Cesar de Jesus in August 2005, when Silva picked up a 2nd round knockout win.

Now, up against one of the greatest middleweight pugilists of this generation, ‘The Spider’ headed into the fight titled “Tribute To The Kings” as an underdog, but in his own words, Silva considered himself nothing but ‘lucky’ to land such a fight.

The eight round fight started off with Chavez Jr taking the center, while Anderson Silva circled the Mexican before each other started trading strikes. After both boxers landed body shots in the next few minutes, the third round saw Silva going into the offensive as Chavez Jr held his ground against the ropes.

.@SpiderAnderson landing a BEAUTIFUL uppercut in round 4 on Chavez Jr.

How do you have it scored?#TributeToTheKings

Silva continued his aggression into the fourth and fifth rounds, as Chavez Jr’s defense started showing its weak points and some punches were getting through, with little to no offensive movements.

.@SpiderAnderson landing a BEAUTIFUL uppercut in round 4 on Chavez Jr.

How do you have it scored?#TributeToTheKings

In his return to the boxing ring, The Spider broke out some of the moves that made him an MMA legend 🕷 (via @FiteTV) pic.twitter.com/crZwnUYMFj

Silva kept his pressure going on Chavez Jr, with body shots and uppercuts against the ropes. The final round saw some brilliant one two combos from the Brazilian, who was clearly the busier fighter throughout the rounds.