Anderson Silva thinks Conor McGregor is afraid to lose to him 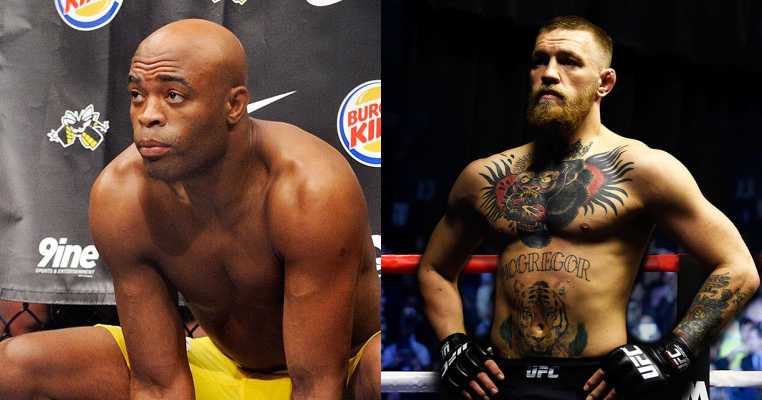 Irish MMA superstar Conor McGregor might have lost to UFC lightweight champion Khabib Nurmagomedov in what was said to be the biggest fight in the history of UFC. Prior to UFC 229, McGregor appeared on Ariel Helwani’s MMA show, where he said that he was interested in fighting Brazilian legend Anderson Silva.

Anderson Silva also expressed his desire to fight McGregor and posted on his Instagram that it would ‘be an honor’ to face McGregor.

He said that it would be an honor to test himself with Conor McGregor. McGregor is an unorthodox fighter and has proven he must be respected. 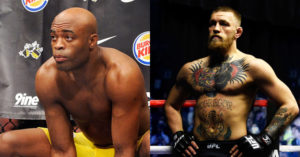 However, Silva feels that a Conor McGregor fight is slipping away and thinks that McGregor is afraid to lose to him. Silva recently did a live stream session on Instagram where he said:

”I’m waiting for the UFC about my next fight, and I’m training hard. I accepted the challenge (from) Conor McGregor, but never (discussed) about this fight (with the UFC). But I’m ready, guys. I’m here, I’m training every day. I never lose my focus. I’m waiting for my next challenge. [McGregor] is afraid to lose, supposedly, to an old man, but I’m here.”

In the end, Silva in Portuguese that he thinks McGregor “is afraid to lose, supposedly, to an old man, but I’m here.”

Silva last fought in February of 2017, where he defeated Derek Brunson by unanimous decision in a three round fight.

Anderson Silva has a message for Conor McGregor: Legend vs Legend, let’s do this!