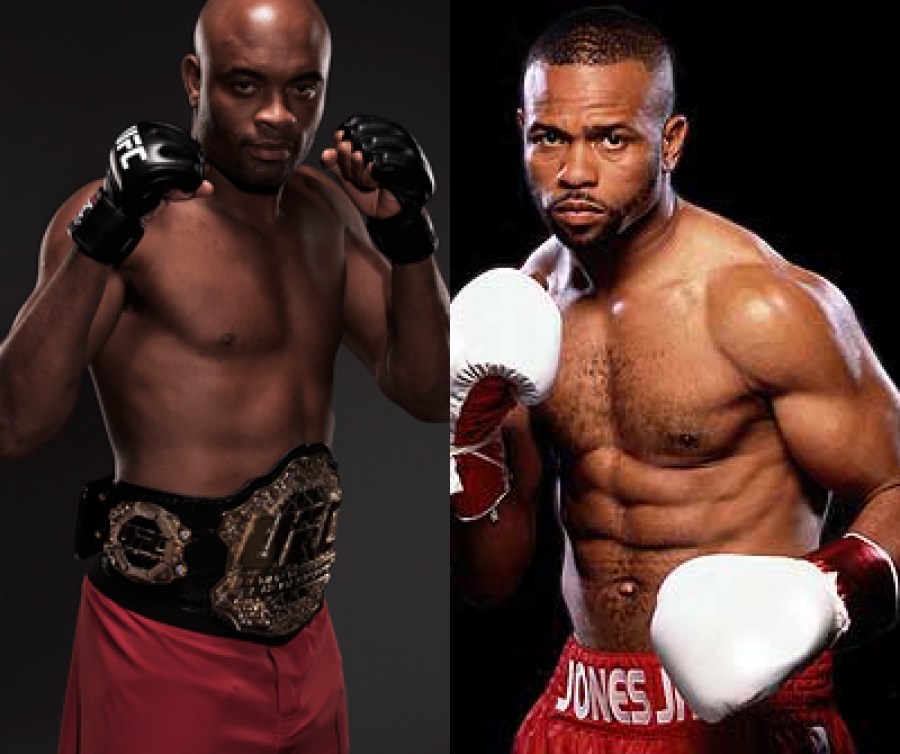 Long before Conor McGregor zeroed in on Floyd Mayweather Jr. as his biggest payday, Roy Jones Jr. and UFC legend Anderson Silva had been toying with the idea of fighting each other. Years ago, when Anderson Silva was laying waste to virtually everyone in the middleweight division, the question that kept popping up was who could stop Silva’s path of destruction. The answer to that came from the unlikeliest of sources.

Any boxing loyalist would know that Roy Jones Jr. is one of the best pound for pound boxers in the history of the sport. With an unparalleled list of accomplishments – from winning the silver medal at the 1988 Summer Olympics to unifying the WBA, WBC and IBF titles in 1999, Roy Jones Jr. created a legacy that will forever be remembered and cherished.

While neither Roy Jones Jr. nor Anderson Silva is exactly in their prime, this has been a fight that has been lingering in the air – and in the minds of MMA fans for over half a decade. Back in 2009, when Anderson Silva was still the UFC Middleweight Champion, and the pound for pound number one MMA fighter in the world, he was looking for a different challenge – a challenge that presented itself in the form of former six time and four – weight world champion.

Anderson was still at the top of his game, while Roy Jones Jr. had gone 53 – 5 in his professional career. For the first time since the infamous Antonio Inoki – Muhammad Ali showdown in Japan, there was a lot of interest, and a genuine possibility of two of the biggest names from their respective sports throwing down in a crossover fight. However, Silva signed a new contract with the UFC, while Roy Jones Jr. lost three consecutive fights – and that was all she wrote – at least till then.

With the talk of Conor McGregor facing Floyd Mayweather Jr. gaining some momentum, Silva and Roy Jones Jr. have once again expressed their interest in fighting each other. Furthermore, Roy Jones Jr. has since proposed an “Invasion” card, headlined by Conor and Floyd, while Anderson Silva and Roy Jones Jr. would face each other in the co – main event. This begs the question: is it time we seriously considered crossover fights between MMA fighters and professional boxers?

Weighing the pros and cons of crossover fights

For years, the idea of crossover fights wasn’t entertained mainly because of one solitary reason – it is difficult to find a middle ground between two completely different sports. While the pugilists are trained, for years, to use their movements, hand – eye co-ordination, technique and their hand speed to get the better of their opponents, the sport of mixed martial arts includes various aspects of grappling, striking and wrestling to secure a victory.

This dilemma isn’t anything new; back when Muhammad Ali ‘fought’ Inoki, special rules were enforced, to determine the middle ground where neither combatant had an overwhelming advantage over the other. While the specifics of those rules are still debated to this day, in this day and age, it is almost impossible to find a middle ground between two competitors belonging to two different sports.

The question of who would win in a fight between a boxer and a wrestler has existed for the better part of a century. As the respective sports evolved, the competitors developed a better understanding of their techniques than ever before – which led to them being apprehensive about giving up their advantage. Also, UFC President Dana White and one of the greatest promoters of all time, Bob Arum never agreed to even discuss the possibility of a “super fight” for one simple reason – no matter who won, it could hurt the credibility of the sport.

All that has changed in today’s world however; no longer are the combatants apprehensive about facing different challenges. While millions of dollars have certainly played a part in changing the minds of the fighters, with the evolution of striking in MMA, fighters are more confident in their skill set, and in their ability to take on a professional boxer. Various mixed martial artists have brought in top professional boxers during their training camps for sparring, and that has resulted in them understanding the nuances of the sport better.

Pragmatic outlook: Will we see a crossover fight happening in the near future?

If recent reports are to be believed, the rumoured fight between Conor and Mayweather Jr. appears to have fallen through. Both camps were legitimately interested in making the fight happen, and it looked as if the UFC was powerless in stopping Conor from fighting Floyd, considering he received his boxing license. Roy Jones Jr. also recently confirmed that he would be sitting down with the UFC President to talk about fighting Anderson Silva inside a boxing ring.

All the cynicism and skepticism aside, an “Invasion” card sounds like a fantastic idea. Imagine Babe Ruth and Magic Johnson finding a middle ground to see who the better athlete is! There is always a lot of interest in seeing how an athlete, who is considered to be the best in his sport performs against a top level talent from another sport. If we strip everything away, and scratch beneath the surface, all the contact sports essentially boil down to one thing – to find the last man standing.

Maybe all the talk about Conor versus Floyd and Anderson Silva versus Roy Jones Jr. will remain that – just talk. However, considering the pace at which MMA is growing, and the fact that there are very few legitimate draws left in the sport of boxing, we may not be far away from the day we witness crossover fights between MMA fighters and boxers. Anderson Silva may no longer be the pound for pound best in MMA, but he has the opportunity to go down in history as the one to have opened doors for fighters and boxers to transcend their sport. 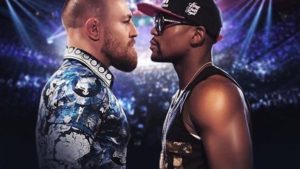