Anderson Silva wants a superfight against Conor McGregor at 180 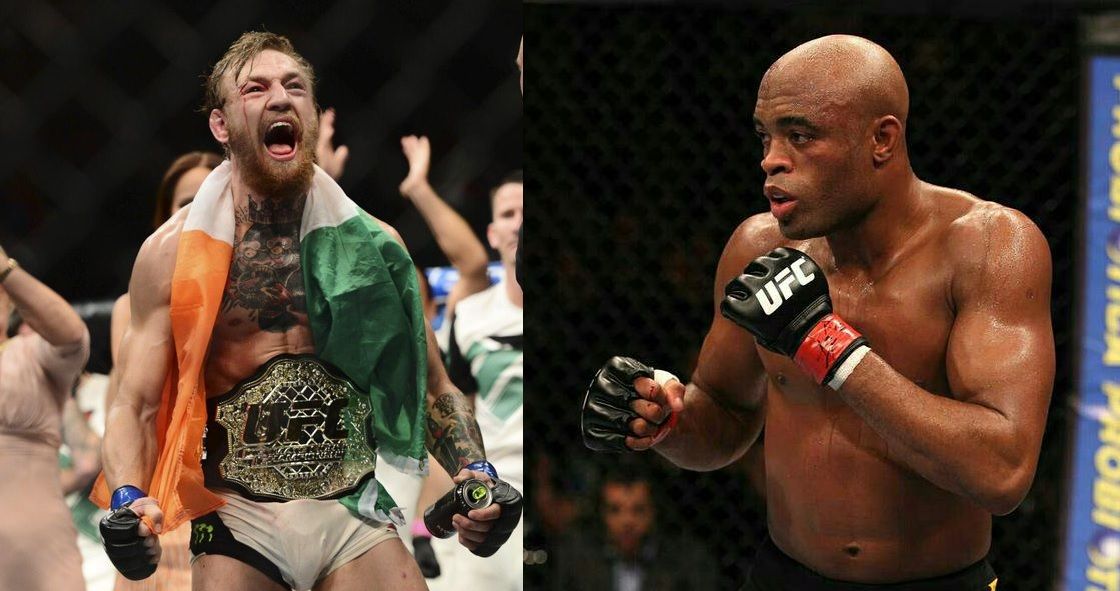 Irish MMA superstar Conor McGregor might have lost to UFC lightweight champion Khabib Nurmagomedov in what was said to be the biggest fight in the history of UFC. Prior to UFC 229, McGregor appeared on Ariel Helwani’s MMA show a few months back, where he said that he was interested in fighting Brazilian legend Anderson Silva.

Anderson Silva also expressed his desire to fight McGregor and posted on his Instagram that it would ‘be an honour’ to face McGregor.

He said that it would be an honour to test himself with Conor McGregor. McGregor is an unorthodox fighter and has proven he must be respected.

“I believe 180 (pounds) is good for me and McGregor,” he said. “I’m just waiting because I don’t control this. This is a question for Dana, but I believe this an amazing fight for the fans.”

But before Silva goes around making future plans, he has a herculean task ahead of him at UFC 234, where he is facing a young hungry lion in Israel Adesanya.

Anderson Silva explains to Jacare why he’s been promised a title shot: “Jaca it’s not me. It’s Dana White!”

Previous articleConor McGregor hard in training: I’m launching rockets in 2019!
Next articleJon Jones’ team is under no illusions just how good Gustafsson is