Former UFC middleweight champion Anderson Silva’s son Gabriel Silva got knocked out in the early first round of his kickboxing match. Anderson Silva’s son Gabriel Silva fought Vincent Familari for the IKF light middleweight championship. Anderson’s other son Kalyl Silva is recently making quite a name for himself in combat sports. Though he was always recognized as Anderson’s son now he was getting fame due to his amazing performances in his previous fights. Kalyl caught the attention of combat sports fans after his kickboxing debut which he won in just 8-seconds. But Kalyl’s brother Gabriel couldn’t do the same in his first title fight. 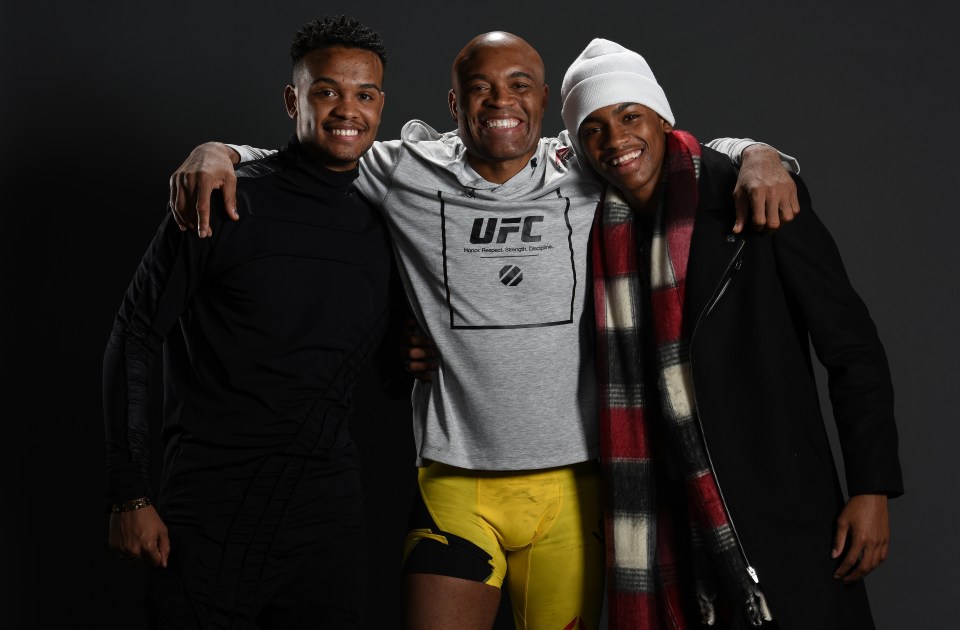 The FightersRep 11 card had both Anderson Silva’s son fighting on the same night. Kalyl Silva defeated Melo Pamuk by unanimous decision, which took place on November 5. But Anderson’s other son Gabriel had to face one of his most brutal losses that night. Gabriel Silva fought Vincent Familari for the IKF light-middleweight championship. Gabriel was winning early on, but then his opponent started to pick up some momentum. He landed several body kicks on Silva. But then in a heated exchange, Vincent landed a heavy spinning back fist that rocked Gabriel pretty hard. He got hit by lots of follow-up shots.

The referee came in and started the count and stopped at eight and allowed Silva to continue the fight. But that didn’t last long as Vincent landed amazing shots and knocked out Silva with just 15 seconds left on the clock. The knockout was very brutal as Gabriel Silva fell folded in half and fell flat on the mat and was unconscious for a brief moment before he gained consciousness.

After the fight, Gabriel Silva’s opponent Vincent Familari appreciated Silva and said that he is a good fighter.

“I knew that I had to stay on him, I couldn’t let him recover,” Familari said in his post-fight interview. “I mean, the guy’s good. He could easily beat me, but God was with us on this victory, He blessed us. Much respect to my opponent, his camp, and everybody else, but we did it. We pulled through.”

Anderson was present in his son’s corner and was cornering him for his fights. He ran pretty quickly into the ring and looked out for his son who was unconscious.