Valentina Shevchenko has had two title defenses within a span of three months. Despite this, the champ still wants to stay busy. Andrea Lee believes that she can be a tough competitor for “Bullet”.

Lee is currently scheduled to fight Joanne Calderwood this Saturday at UFC 242. A win over the seasoned Joanne can get her close to the title shot. She currently has three unbeaten performances on her UFC resume and will look to continue her dominant run.

“I feel like it’s setting me up for potential title contention,” Lee told MMA Junkie at UFC 242’s media day. “I see it coming. I’m not 100 percent yet because I don’t know what the UFC wants to do, but in my gut I feel like that’s probably something they’re trying to push. I want that to happen eventually.”

Shevchenko successfully defended her 125 pound title against Liz Carmouche in a dominant fashion. In doing so she also avenged her previous loss at the hands of Carmouche. The way Valentina has been steamrolling through opponents, it seems that she is a tough competition to beat. However, Andrea thinks otherwise. 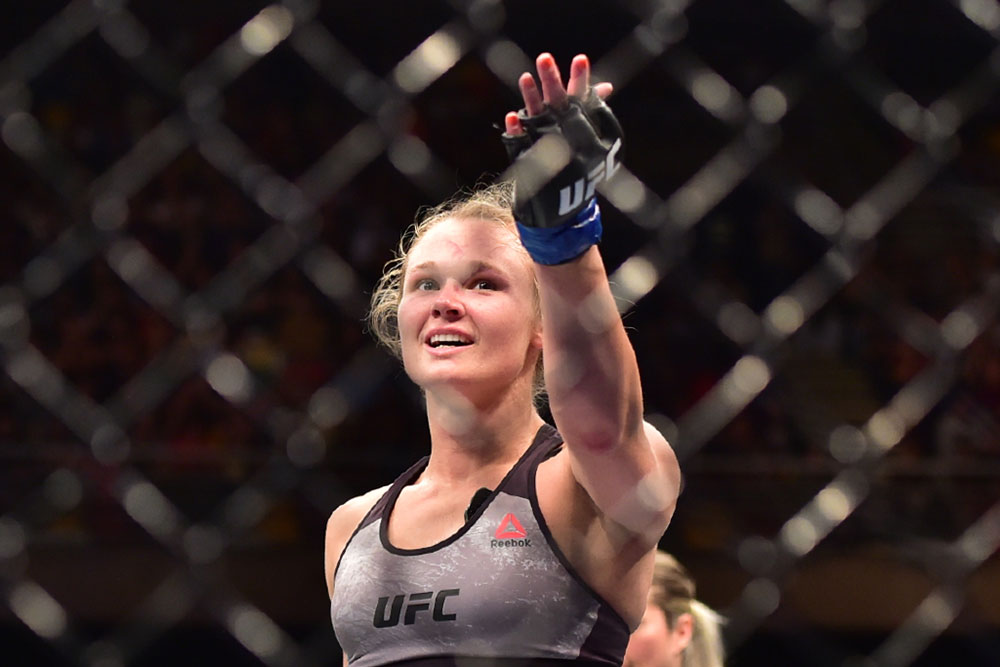 “I think anybody is beatable,” Lee said. “I think everyone is beatable at one point. I think that I do stand a good chance.”

However, for her to face Shevchenko, she must first get through Calderwood first. Lee was skeptical of her previous performance over Montana De La Rosa at UFC on ESPN+ 12 in June. However, she believes that the stylistic matchup will play to her advantage.

“The fact that she’s a striker, it’s an exciting matchup for me,” Lee said. “(After my last fight) they asked me what I want and I said, ‘I’ve fought a couple of wrestlers for a couple of fights and I would like to fight another striker.’ Now I’m fighting ‘JoJo,’ so I’m happy.”