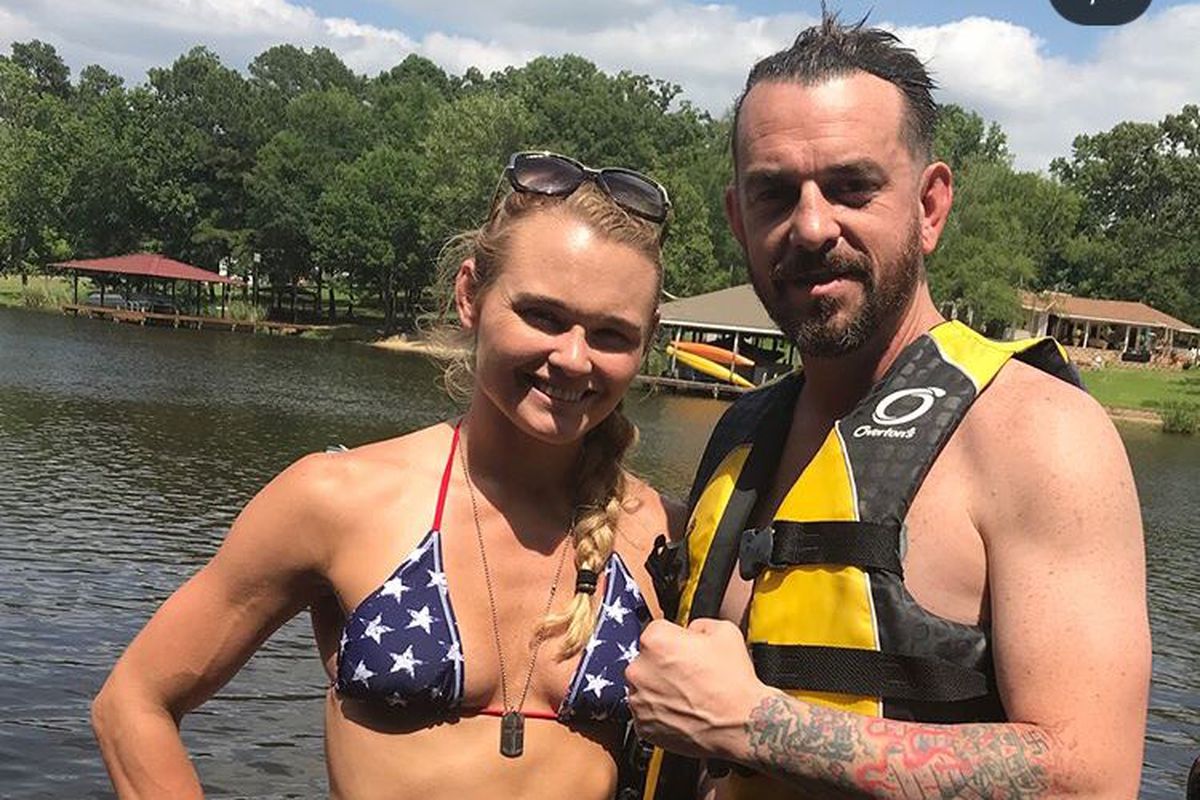 Former police officer and husband of UFC flyweight Andrea Lee, who she controversially defended for sporting Nazi tattoos, Donny Aaron has been accused of assaulting his wife in their Louisiana home. This domestic violence against Andrea Lee was revealed by Andy Nguyen, another UFC fighter and a friend of Lee’s, who is understood to have filed a police report after Aaron allegedly extinguished a lit cigarette and attempted to choke Lee on August 4.

Well, ever since Andy Nguyen filed that police report, Donny Aaron is on the run from police and they suspect that he has been hiding in an MMA gym. Donny Aaron received attention in June when an Instagram photo showed the swastika tattoo on his arm.

According to Steven Marrocco of MMA Junkie, Donny Aaron was arrested in Shreveport, LA on Wednesday. Aaron had been on the run since last August after a warrant was issued for his arrest on charges of domestic abuse battery and false imprisonment.

This was not the first time Aaron has seen the inside of a jail cell. In 2009, Aaron was convicted of negligent homicide. That conviction stemmed from the 2005 shooting death of Ronald Jamison. Jamison was shot by Aaron, who worked as a police officer at the time, after an argument outside of Aaron’s home.