Andy Ruiz Jr. reacts after one-sided Anthony Joshua loss: I WILL be a champion once again! 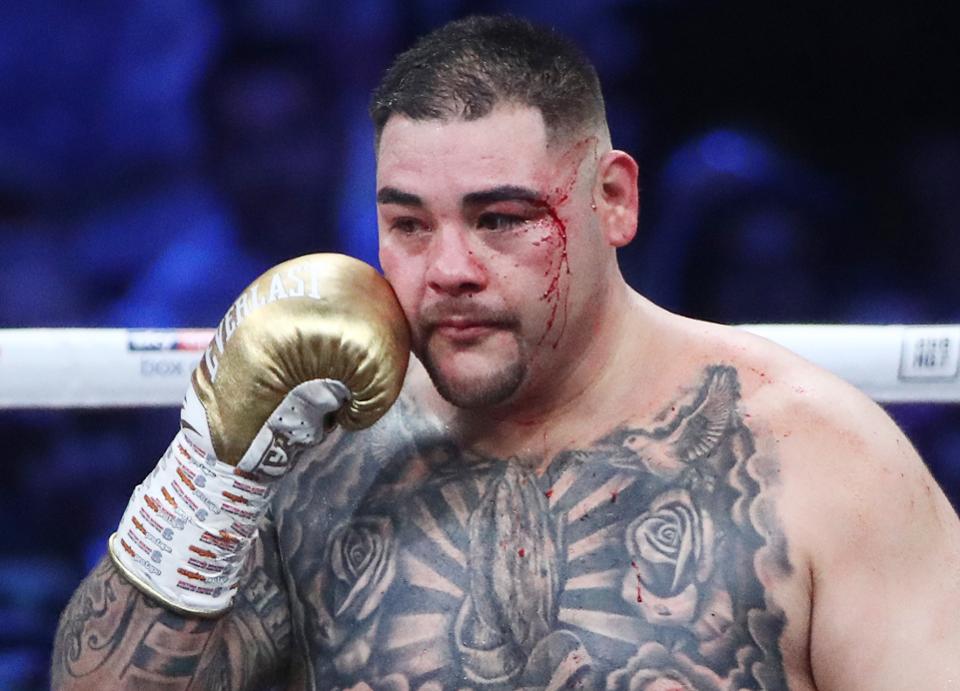 Following his loss at the hands of Anthony Joshua, Andy Ruiz has come out and delivered his first message to his fans and supporters around the world. In the statement, Ruiz has vowed to reclaim the WBA, IBF, WBO, and IBO titles in a trilogy bout.

The Mexican shocked the world when he knocked out Joshua in the seventh round during their first meeting in June 2019. He was serving as a replacement for Joshua’s former opponent, Jarrell Miller. Miller was denied a license by the NYSAC because he failed three different tests for PEDs.

In an upset that mirrored Buster Douglas’ knockout of Mike Tyson, Ruiz marred Joshua’s unblemished record. The two heavyweights met again for the rematch last weekend in Saudi Arabia. This time around Joshua was determined that he would not make the same mistakes for the encore, he showed off his newly-acquired mastery of defense. He never wasted a shot and fended off everything that Ruiz had to throw at him.

After the matchup, Andy had accepted that he had wasted three months after the first meeting in partying and celebrating.

“I don’t want to say the three months of partying or celebrating didn’t affect me, as to tell you the truth it kind of did. There’s no excuses. The partying got the best of me. The next fight is going to be a lot different,” he said.

After a moment of reflection, Ruiz released a statement on social media and vowed to fight Joshua in a trilogy fight.

Even Joshua was ready to give Ruiz the trilogy fight after their second meeting had ended.

“Without a doubt, listen, if you heard, we’re going to do it a third,” Joshua said in the ring after the fight. “Man the first time was so nice, I had to do it twice. ‘A man like me makes no excuses, this is about boxing, I’m used to knocking guys out. I got caught last time, no excuses, I gave him the credit.”