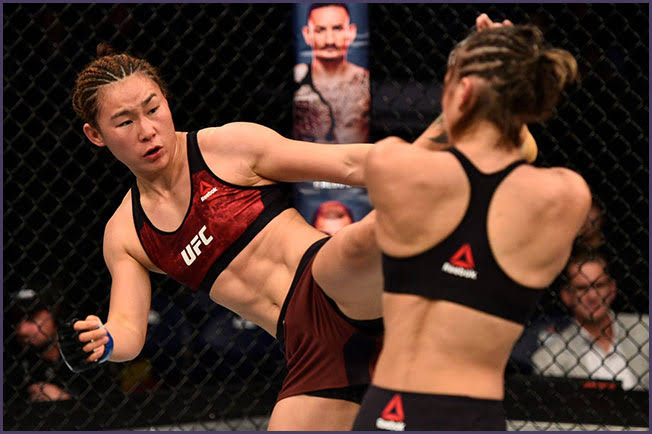 An extremely stacked and much anticipated UFC 238 next month has received a small blow as a bout is fallen apart.

A female strawweight bout between upcoming prospect Xiaonan Yan and perennial contender Felice Herrig is scrapped as Herring pulled out of the fight citing a torn ACL. Yan, who signed with the UFC back in November 2017, made history becoming the first female fighter from China. Yan earned this bout against #12 ranked Herrig after a hard earned three-fight winning streak. 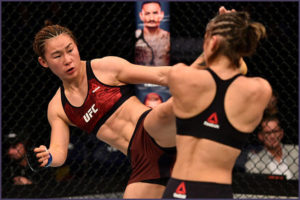 Yan however won’t be much disappointed keeping in mind and another veteran has stepped to fight her in former Invicta FC strawweight champion Angela ‘Overkill’ Hill. The bout would be a quick turnaround for Hill as she’s fresh from her victory against Jodie Esquibel just a week ago.

With Felice Herrig out, Angela Hill (@AngieOverkill) steps in to fight Xiaonan Yan at UFC 238 in Chicago on 6/8 (per @espnmma) #UFC pic.twitter.com/FhLg6GLNRZ

Alternating between wins and losses, Hill would like to achieve some consistency by racking up a win streak of her own. Yan is coming off a three-fight unanimous decision winning streak against Kailin Curran, Viviane Pereira and Syuri Kondo. A win against a prospect like Yan will definitely increase the stock of Hill in her quest to climb up the rankings.