ANGELA LEE AND MEI YAMAGUCHI TO BATTLE FOR ONE WOMEN’S ATOMWEIGHT WORLD CHAMPIONSHIP AT ONE: UNSTOPPABLE DREAMS 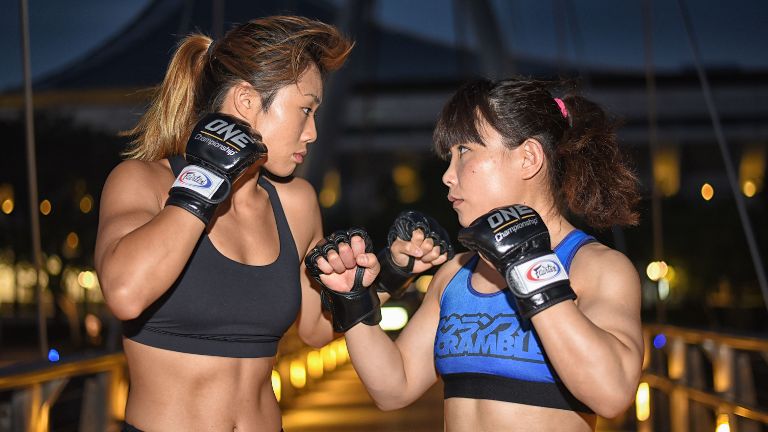 Angela Lee, ONE Women’s Atomweight World Champion, stated: “With the help and support of my family, we got through (the accident) together. And I feel thankful for everything. I am so excited to be back in action. I’ve missed everything that comes along with competition — the training and preparation, and of course, getting right back in the cage. I think fans are going to see a great matchup. I just want to go in there, do what I love, and the results will show.”

Mei Yamaguchi, ONE World Title Challenger, stated: “I am super focused on this match. It’s going to be a tough challenge for me, facing the champion. But I am confident in my abilities and I working hard to give my best performance. I’ve been training a lot, especially in jiu-jitsu. I’m now a black belt, so I think I’m improving a lot. At the same time, I have a new kickboxing coach, so we’re working very hard. I hope I can showcase some of those new skills.”

21-year-old “Unstoppable” Angela Lee of Singapore is considered one of ONE Championship’s most outstanding athletes. She captured the inaugural ONE Women’s Atomweight World Championship with an awe-inspiring victory over Mei Yamaguchi in 2016, and has since then defended the title successfully on two occasions. Lee’s beautiful combination of elite striking and grappling has proven to be a potent formula for success, as she has remained unbeaten in her career. In the most recent bout of an impressive run, Lee dominated top contender Istela Nunes, showcasing her wide array of skills despite suffering from illness. She is widely-considered on a global scale to be one of the biggest names actively competing in the sport. She is set to defend her title next against Mei Yamaguchi in a rematch at ONE: UNSTOPPABLE DREAMS.

35-year-old Japanese martial arts veteran Mei “V.V” Yamaguchi is a female atomweight standout and a former ONE world title challenger from Tokyo. She is the DEEP Jewels Featherweight Champion, and owns seven submissions and two knockouts in her 28-bout professional career. In 2016, Yamaguchi challenged Angela Lee for the inaugural ONE Women’s Atomweight World Championship in an epic showdown that would later win multiple ‘Bout of the Year’ honors from international media publications. In her last bout, Yamaguchi thoroughly defeated Gina Iniong of the Philippines to win impressively by unanimous decision after three rounds. Yamaguchi is now set to take on champion Angela Lee in a highly-anticipated rematch.

Previous articleUFC:Robert Whittaker vs Yoel Romero set for UFC 225 in Chicago,Whittaker gives his prediction regarding the fight
Next articleBellator: Tiki Ghosn on what it is like to manage Quinton Jackson