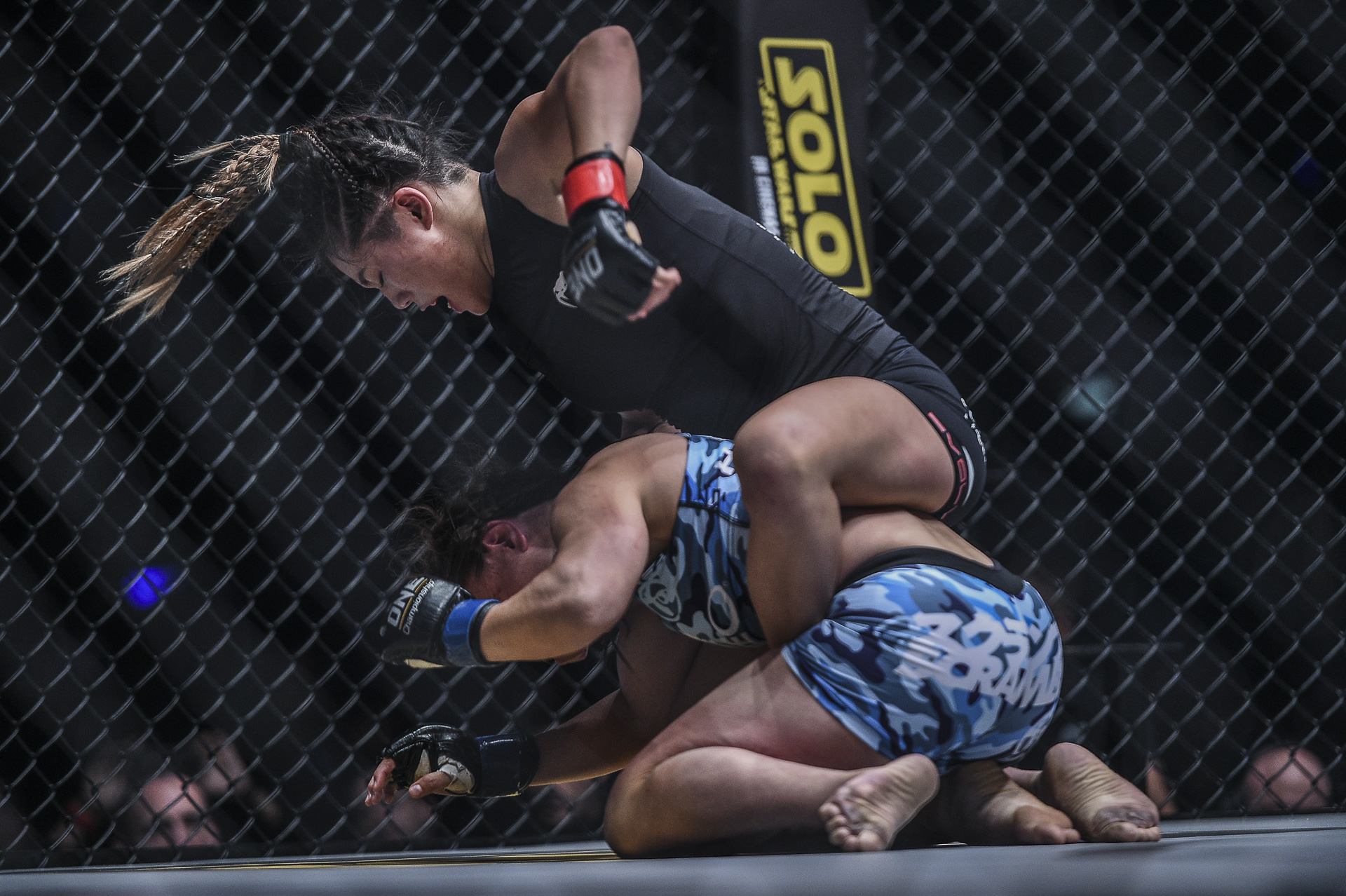 In the main event of ONE: UNSTOPPABLE DREAMS, Angela “Unstoppable” Lee of Singapore continued her reign as the ONE Women’s Atomweight World Champion, notching a unanimous decision victory over Japan’s Mei “V.V” Yamaguchi. Lee and Yamaguchi traded heavy blows and showcased high-level, tactical grappling skills all throughout the bout to the delight of a packed Singapore Indoor Stadium crowd. Yamaguchi started out very strong in the early going, but Lee came close with several near-submissions. Throughout five gruelling rounds, Lee dug deep to show the heart of a champion, doing just enough to earn the unanimous decision win.

Angela Lee, ONE Women’s Atomweight World Champion, stated: “It’s a huge night for me and my family. It’s not easy to do what we’re doing inside the cage. Martial arts fans and their love for the sport are the reason why we’re fighting. This is for you guys. Props to Mei Yamaguchi. She’s an amazing and very talented competitor. Thank you for the opportunity.”

In the co-main event of the evening, Sam-A Gaiyanghadao of Thailand exhibited his stellar and fearsome form against Dutch kickboxer Sergio Wielzen to become the first-ever ONE Super Series Muay Thai Flyweight World Champion. Banking on his trademark power to dominate from start to finish, Sam-A hammered hard elbows to score a knockdown in the fourth round. Reeling in excruciating pain, Wielzen failed to beat the count of ten, compelling the referee to wave off the bout and declare Sam-A the winner via knockout.

Martin “The Situ-Asian” Nguyen of Australia successfully defended the ONE Featherweight World Championship title, defeating Singaporean rival Christian “The Warrior” Lee by way of closely-contested split decision. Neither would give each other any quarter for five whole rounds in the championship clash. Although Nguyen would have his moments on his feet in the first two rounds, most of the action took place in the grappling arena. Lee enjoyed a tremendous advantage on the ground, negating his opponent’s signature firepower. Determined to keep the gold-plated strap around his waist, Nguyen bombarded Lee with a barrage of solid punches midway of the third round. With lesser activity from Lee, Nguyen continued to press the action up to the final round to emerge victorious on two of the three judges’ scorecards, earning him the split decision win.

Yodsanklai IWE Fairtex of Thailand aced his maiden ONE Super Series assignment with flying colors, toppling Dutch-Congolese powerhouse Chris Ngimbi in their three-round kickboxing catchweight collision. Having a stationary target in front of him, Yodsanklai freely clobbered Ngimbi with solid left straights and harrowing right hooks from the get-go. Yodsanklai picked up the pace in the next two rounds of the bout, continuously pummeling Ngimbi with lashing kicks to the body. Yodsanklai closed out the final round of the match on a strong note, stifling Ngimbi with more offense. In the end, Yodsanklai’s dominant performance was rewarded by the three judges at cageside with a unanimous decision victory.

Japanese martial arts legend Shinya “Tobikan Judan” Aoki made quick work of Rasul Yakhyaev, submitting the grizzled Russian combatant in the very first round. The former ONE Lightweight World Champion got the job done by compelling Yakhyaev to wave the white flag, courtesy of a wrenching triangle choke submission.

Former ONE Lightweight World Champion Eduard “Landslide” Folayang of the Philippines showcased a dominant all-around performance in his much-awaited return, defeating previously-unbeaten Russian dynamo Kharun “The Predator” Atlangeriev. With the drive to reinsert his name into the winner’s column after a tough setback in November 2017, Folayang completely shut down Atlangeriev, keeping the Russian at the long end of his straight right hand and quick sidekicks to the body. Folayang also landed various flush shots and stuffed numerous takedowns to earn the unanimous decision victory.

Singaporean lightweight contender Amir Khan placed himself back on the winning track by routing Sung Jong Lee of South Korea via second-round technical knockout victory. Both men gave fans a spirited effort, which featured a healthy stream of action from both corners. Momentum started to shift into Khan’s favor in the dying moments of the opening stanza, as he caught Lee with a two-punch combination. Showcasing tremendous power with every strike, Khan stalked for the finish in the second round as Lee gasped for air due to exhaustion. Seeing an opportunity, Khan swarmed on Lee with a heavy downpour of punches, forcing the referee to wave it off and award the win to the Singaporean standout.

Making his ONE Super Series debut, celebrated Muay Thai legend Singtongnoi Por Telakun authored a spectacular performance to the delight of the crowd, outclassing WBC Muay Thai Super Bantamweight World Champion Joseph Lasiri. Despite the long layoff, Singtongnoi appeared that he did not miss a beat, dropping Lasiri twice in the first round and consistently connecting his signature sharp combinations. In the second round, Singtongnoi unleashed a torrent of impactful strikes, coercing the referee to step in and call a halt to the contest.

Xie Chao of China showcased incredible grit and toughness as he overcame a furious start from Cambodia’s Meas Meul, winning by technical knockout in the third round. Meul stormed out of the gates, immediately scoring a takedown and then positioning himself on top to pummel Xie with ground strikes. However, the complexion of the three-round featherweight clash started to change towards the end of the first round. Xie capitalized on an exhausted Meul and nearly ended matters on the ground with a deep rear-naked choke. In the succeeding rounds of the contest, Xie maneuvered his Cambodian foe on the mat effortlessly and drilled Meul with punishing ground-and-pound to claim the stoppage and the victory.

China’s Xie Bin spoiled the ONE Championship debut of Huang Shi Hao, thwarting the Singaporean newcomer by way of second-round technical knockout. After an intense first round which saw both athletes have their moments, Xie took advantage of an exhausted Shi Hao in the second round, securing the finish after blasting his Singaporean counterpart with a volley of punches and a knee strike to the midsection.

Kicking off ONE: UNSTOPPABLE DREAMS was a bantamweight encounter between “The Terminator” Sunoto of Indonesia and Roel “Akiyama” Rosauro of the Philippines. Leaning on his impeccable grappling, Sunoto burned out his opponent, consistently bringing Rosauro to the canvas and controlling the action with crisp ground strikes. With a dominant top game, Sunoto notched his third consecutive victory in 2018, defeating Rosauro as all three judges saw the bout in favor of the Indonesian to win by unanimous decision.

Official results for ONE: UNSTOPPABLE DREAMS