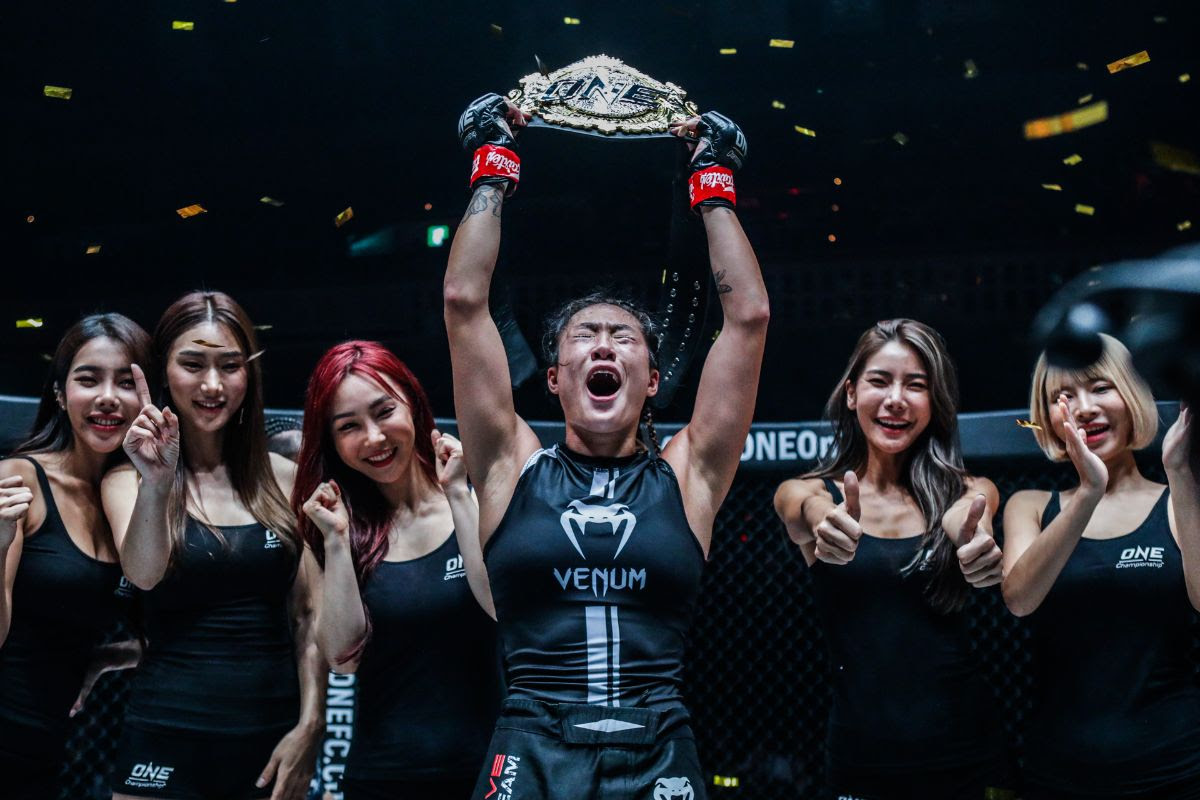 The largest global sports media property in Asian history, ONE Championship™ (ONE), kicked off a historic evening at the Ryogoku Kokugikan with ONE: CENTURY 世紀 PART I, broadcast live in the United States on TNT and B/R Live and in over 140 countries around the world. The greatest martial arts athletes in the world took to the ONE Circle to showcase their amazing skills. In the main event, reigning ONE Women’s Atomweight World Champion Angela Lee retained her World Title, submitting challenger and ONE Women’s Strawweight World Champion Xiong Jing Nan with a rear-naked choke. 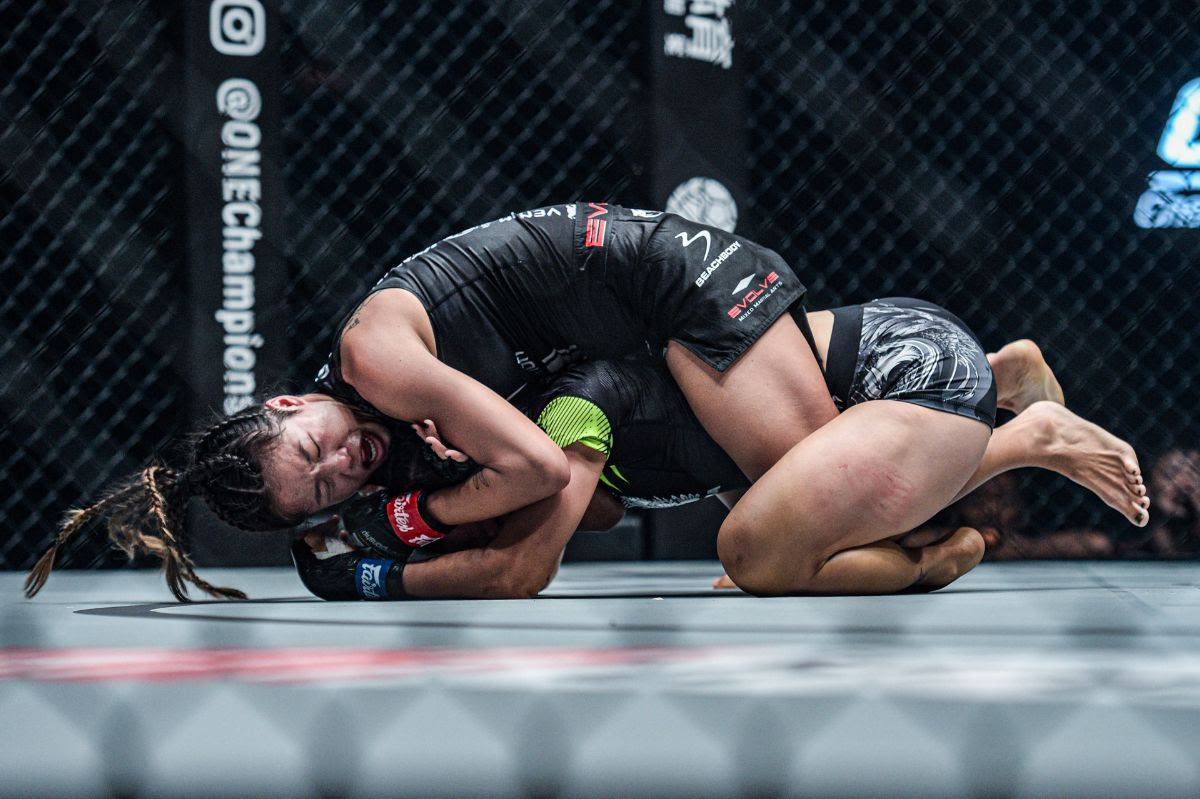 In the main event of ONE: CENTURY 世紀 PART I, reigning ONE Women’s Atomweight World Champion “Unstoppable” Angela Lee of Singapore put together an awe-inspiring performance, defeating China’s “The Panda” Xiong Jing Nan by submission to retain her title. The first round saw solid action transpire with both women having their moments. Xiong punished Lee with crisp boxing combinations but Lee took it well. Lee, on the other hand, landed a couple of solid right hands and looked constantly for the clinch. In the second frame, Lee continued to pursue the takedown, in an attempt to bring the action to the ground. She began to dominate with her high-level grappling in the third, as Xiong started to wilt under pressure. In the fourth round, Xiong battled back brilliantly behind her jab-straight combination. But Lee would not back down, firing combinations of her own. In the final round, Lee executed an explosive belly-to-back suplex to bring Xiong to the canvas. Moments later, Lee took the back and sunk in a rear naked choke to force the tap. 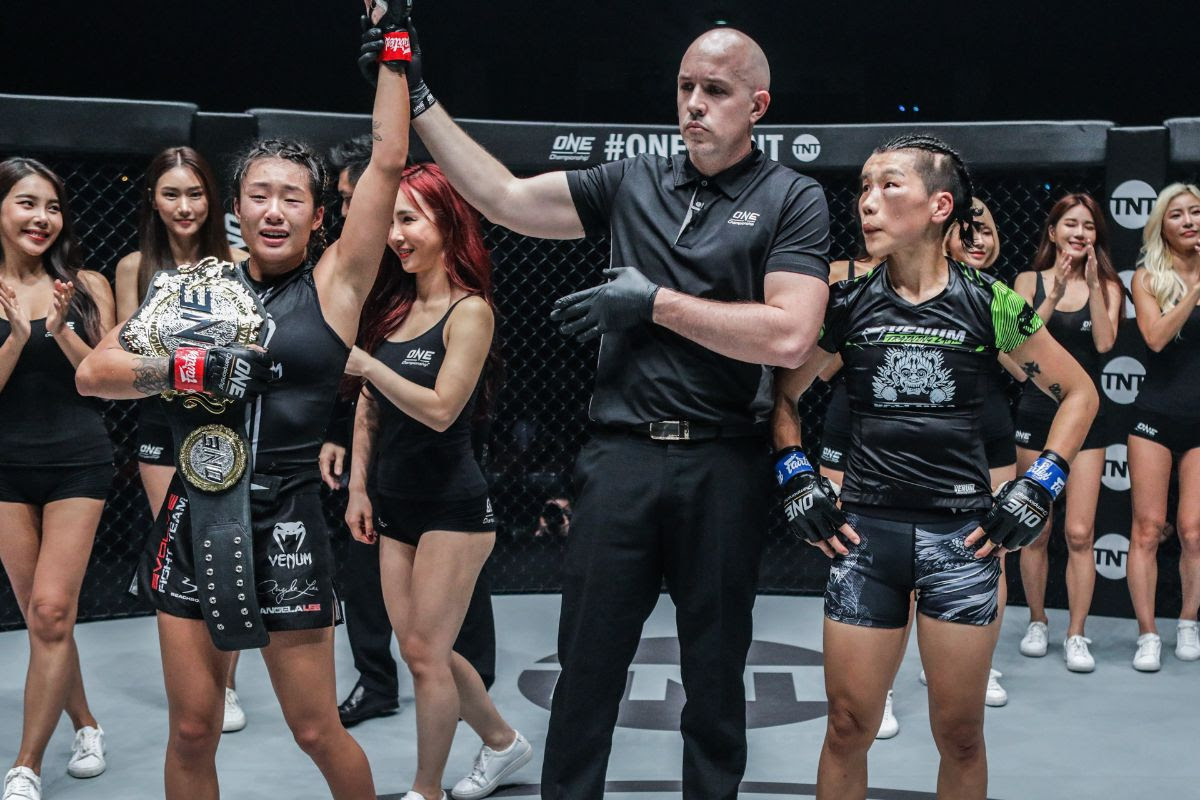 In the ONE Flyweight World Grand Prix Championship Final, Demetrious “Mighty Mouse” Johnson of the United States overcame a strong effort from the Philippines’ Danny “The King” Kingad to win by unanimous decision. In the first round, Johnson was relentless with his takedowns, showcasing his chain wrestling skills to constantly bring Kingad to the mat. Kingad tried his best to defend against Johnson’s advances, but Johnson slowly started to dominate. In the second, Johnson continued with his amazing work from top, attacking with various submissions from different control positions. In the third round, Johnson effortlessly outmuscled Kingad to cruise to the final bell. All three judges scored the bout in favor of Johnson, as the American captures the ONE Flyweight World Grand Prix Championship.

In a women’s Muay Thai contest, American Janet “JT” Todd authored a stunning finish of Ekaterina Vandaryeva of Belarus, delivering a thunderous head kick knockout in the second round. The first round saw Todd tagging Vandaryeva with lightning quick kicks behind her beautiful boxing. Vandaryeva tried to use her length to stay on the outside, but Todd was too fast and accurate. In the second round, Todd caught Vandaryeva with a high kick as the Belarussian athlete was backpedalling. Vandaryeva hit the canvas and the referee called a halt to the contest immediately.

In the ONE Lightweight World Grand Prix Championship Final, reigning ONE Lightweight World Champion Christian “The Warrior” Lee of Singapore delivered a virtuoso performance, dominating Saygid Guseyn Arslanaliev of Turkey over three tough rounds. It was a close and competitive first round, with Arslanaliev attacking with powerful punch combinations. Lee, on the other hand, found success in taking his opponent down and scoring with ground-and-pound. In the second round, Lee capitalized on an exhausted Arslanaliev, piling on unrelenting punishment from top position. In the third round, Lee continued his dominance, pouncing on Arslanaliev, who could do little more than defend from the onslaught. In the end, all three judges scored the bout in favor of Lee, who took home the ONE Lightweight World Grand Prix Championship as the tournament winner.

In a battle of two powerful strikers, Japan’s Yuya “Little Piranha” Wakamatsu was dominant in dismantling South Korea’s Dae Hwan “Ottogi” Kim over the course of three gruelling rounds. Wakamatsu constantly fired a stinging left jab, followed by punishing combinations at the center of the ONE Circle. Kim was game all throughout, but struggled to find his range. In the end, Wakamatsu proved too long and accurate for Kim, as he took home a unanimous decision victory.

Former ONE Flyweight Muay Thai World Champion Sam-A Gaiyanghadao of Thailand scored a scintillating knockout victory over France’s Daren Rolland. A competitive back-and-forth first round saw both men have their moments with Sam-A sending Rolland to the canvas with a punch and the latter returning the favor. Sam-A, however, turned up the intensity in the second. After slipping Rolland’s jab, the Thai legend uncorked a short left hook on the inside that landed square on Rolland’s jaw. Rolland was out for the 10-count and Sam-A was awarded the finish.

Japanese veteran Yushin “Thunder” Okami entered the win column for the first time in his ONE career after grinding out a split decision victory over Malaysian former ONE World Title Challenger Agilan “The Alligator” Thani. Okami was in control for the first two rounds of the match, using his superior grappling skills to ground Thani and threaten with submissions. Thani was more competitive in the final round, but it was too late as Okami earned the close points victory in his home country of Japan.

Japanese women’s atomweight contender Itsuki “The Strong Heart Fighter” Hirata gave her fans in Tokyo a reason to cheer after defeating Thailand’s Rika “Tinydoll” Ishige via submission in the second round. Hirata was one step ahead of Ishige all match long as she outstruck and outgrappled the Thai athlete. In the second frame, Hirata continued to dominate as she opened with punches before taking Ishige down and locking in a deep armbar to earn the finish.

ONE Warrior Series contract winner Lito “Thunder Kid” Adiwang of the Philippines put together an impressive showing in his ONE Championship main roster debut, scoring a first round technical knockout victory over former Pancrase champion Senzo Ikeda of Japan. Known for his striking, Adiwang showed off a different facet of his game as he scored an early takedown and immediately executed a scarf-hold armlock. The bout was stopped just moments later after Ikeda suffered an injury to his arm, giving the stoppage win to Adiwang.

Featherweight contender “The Big Heart” Yoon Chang Min of South Korea displayed grappling dominance with a first-round submission win over Myanmar’s Phoe “Bushido” Thaw. Yoon brought the action to the ground early and from there was simply masterful as he locked Phoe Thaw up in a deep rear naked choke to score the quick submission win.

South Korea’s “Pretty Boy” Kwon Won Il kicked things off at ONE: CENTURY 世紀 in exciting fashion with a first round technical knockout over Indonesia’s “The Terminator” Sunoto. After a brief pause in action due to an accidental low blow, Kwon went on the offensive, putting Sunoto down with a punch and finishing him off with ground-and-pound for the stoppage victory.