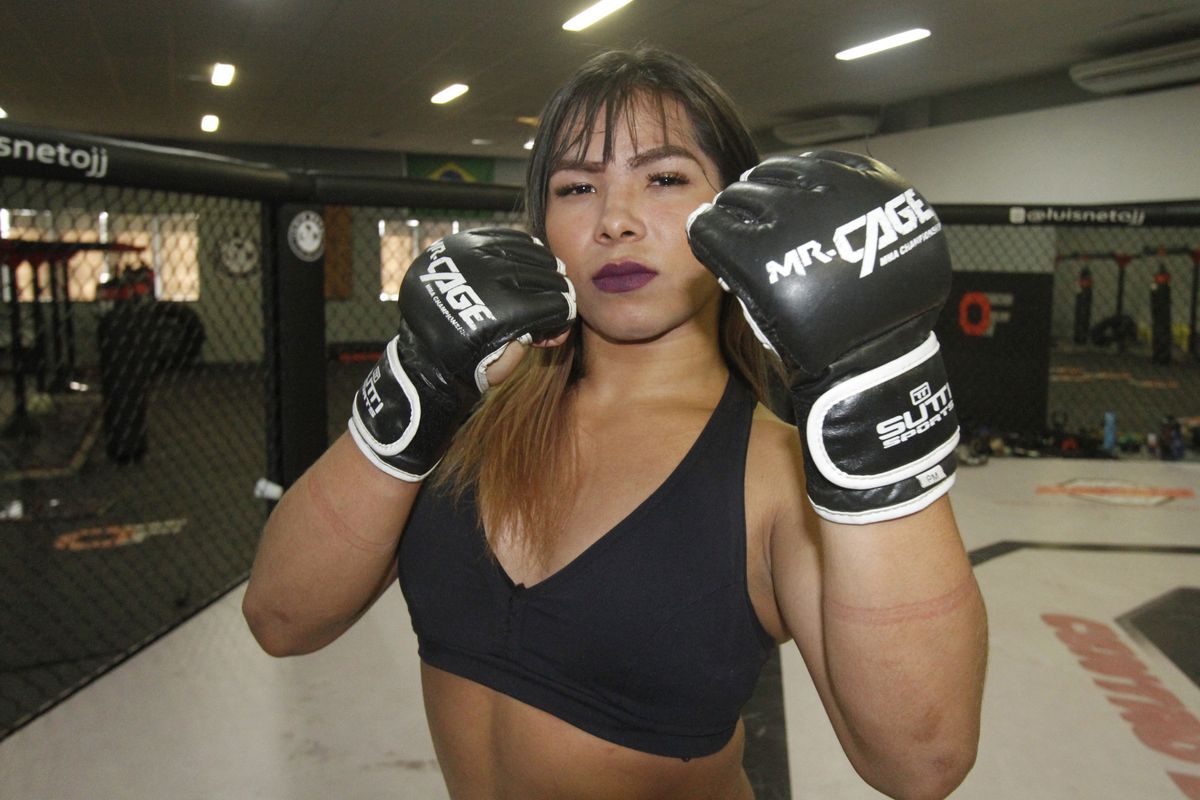 It is often said that sports is for everyone. No matter who you are, rich or poor, man or woman, you will find your heart inclined towards a particular sport. In the case of Brazil’s Anne Veriato this old saying is particularly true. The Brazilian Veriato in her own words is different from others and has her heart inclined towards MMA, Brazilian Jiu Jitsu and combat sports. The Brazilian submission wizard is a transgender woman who recently created history by competing against a man in the highly famous Brazilian MMA promotion, Mr. Cage. What’s even more impressive is that Veriato was victorious in her debut MMA fight.

Veriato was scheduled to fight Railson Paixao at Mr. Cage 34 in Manaus, Brazil. The event was headlined by former UFC fighter and MMA veteran Henrique da Silva. Silva is a highly popular fighter in Brazil. However, all the spotlight went towards the strawweight bout between Veriato and Paixao. With her victory she improved her MMA record to 1-0.

Veriato had previously given an interview to MMA Fighting. In the interview she talked about how she has been a regular BJJ competitor over the years and how she was motivated to take up MMA. She also talked about how every time she competed, she had to face awkward comments and gazes. She had revealed that her opponents always underestimated her and thought that she will easily lose, but she instead proved them all wrong.

Veriato’s fight was highly anticipated. During the bout, Paixao mainly dominated the stand-up striking exchanges. He often landed really hard shots and tried to maintain the distance. However, Paixao easily managed to close the distance and continuously wrapped her opponent in clinches or went for takedowns.

A vast majority of the fight was spent on the ground and Veriato was constantly looking for submissions. She was also docked a point for an illegal knee to a grounded opponent. However in the end, she won the fight via unanimous decision.

Previous articleBellator: Gegard Mousasi sets his sights on Rory Macdonald after Bellator 200
Next articleSuper Fight League: UP Nawabs cruises into the finals at the expense of Haryana Sultans