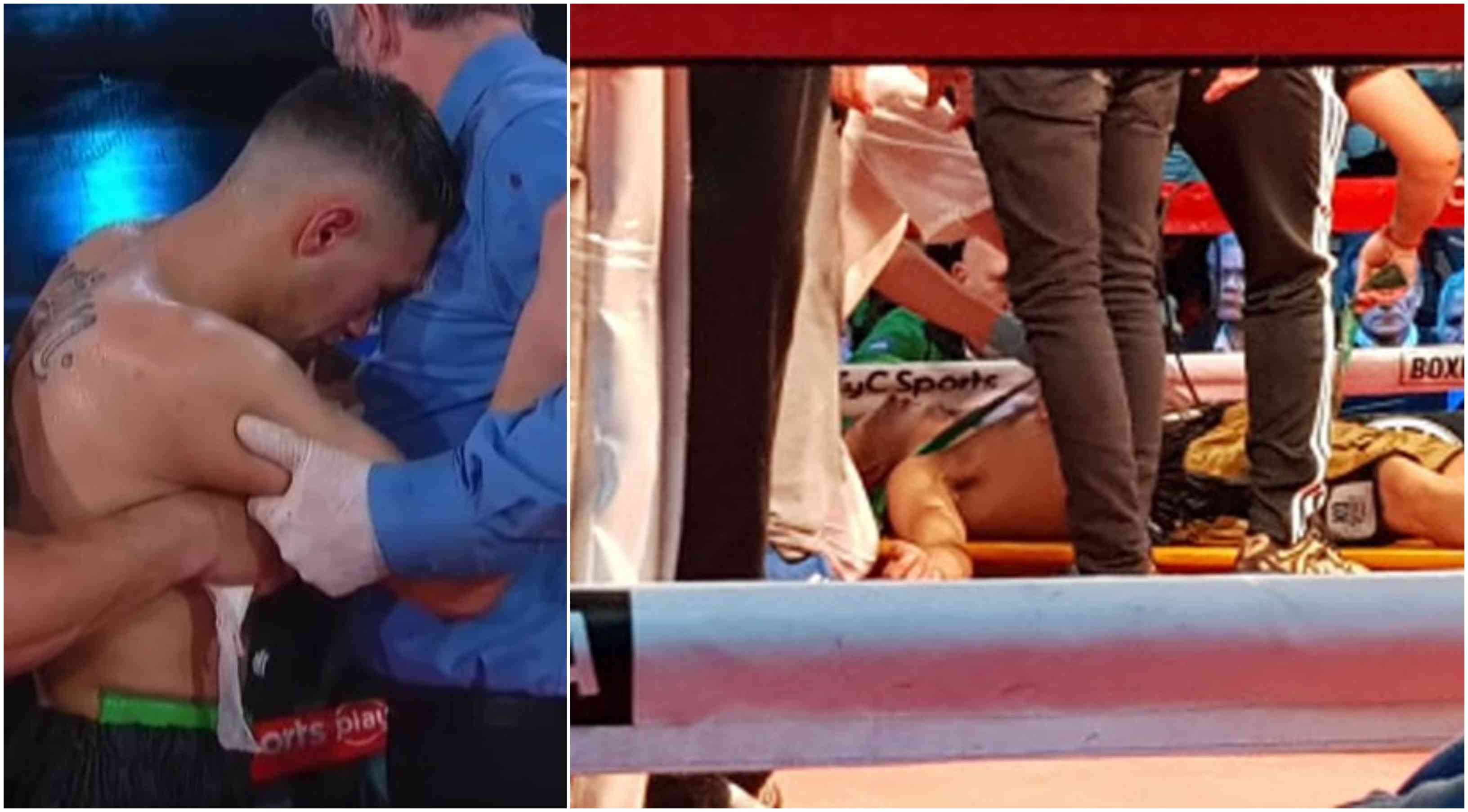 He was taken to the San Felipe Hospital in Buenos Aires and underwent an emergency surgery following which he died on Thursday, according to a statement from the World Boxing Council. 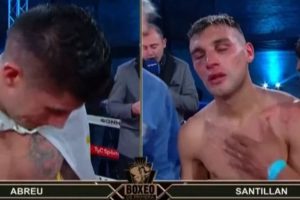 According to the British Newspaper, The Guardian, Hugo Satillan’s nose began to bleed in the fourth round, but he completed the fight and the result was announced as a draw.

Another tragedy as Hugo Santillan passes away

Unlike Maxim Dadshev, who had the great Buddy McGirt aware what was going on and with the health of his fighter in mind. Santillan had these idiots holding the guy up when he needed help

“Upon admission to the hospital, he had successive kidney failure and he did not come out of his coma,” Dr Graciela Olocco from the San Felipe Hospital told The Guardian. “He had swelling of his brain and he never recovered consciousness. The swelling continued to worsen and it affected the functioning of the rest of his organs.”

“Olocco added that Santillan had surgery for a clot on the brain but died after a cardiac arrest at 12:35 a.m. local time on Thursday.” (H/T – Deadspin.com)

Many Boxers and fans expressed their condolences following the tragic incident.

A sad, sad week for boxing. We are devastated to hear that 23 year old Hugo Santillan has passed away following a bout this weekend in his native Argentina. RIP

My prayers and condolences to the family of Hugo “Dinamita” Santillan. #CHAMPION

Condolences go out to the family of @HugoSantillan who passed away from injuries sustained in a bout last weekend. 🙏🏾🙏🏾🙏🏾 This is the second death of a fighter this week. 😞 Rest easy! Bless!

Two deaths in the space of days and another high profile drug cheat caught. Boxing has took a huge hit this week.
RIP Hugo Santillan

This week has been terrible for boxing fans who have been mourning the death of Russian boxer Maxim Dadashev. The Russian passed away after suffering brain damage following injuries in his fight against Subriel Matias.

Previous articleCM Punk hasn’t officially been cut by the UFC – yet
Next articleWatch: Cyborg tells the story of how she had to live in a car in 2011