Anthony Joshua brutally knocks out Kubrat Pulev in the ninth round 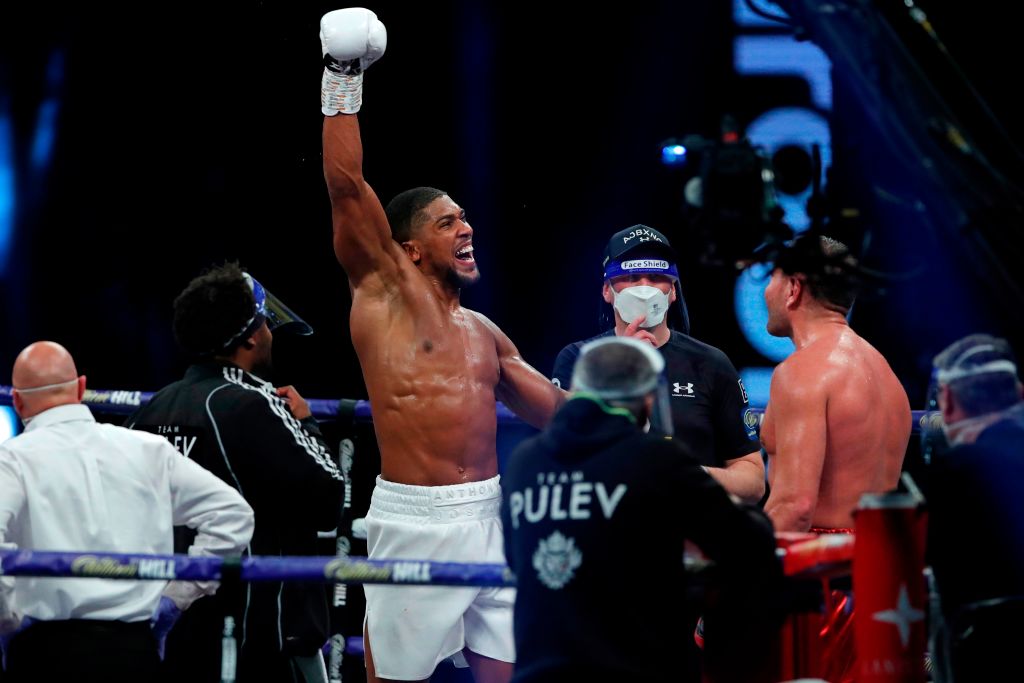 It was a masterclass performance from Anthony Joshua who completely dominated the fight with his jab, uppercuts and body shots. The fight started with both fighters measuring each other up and fighting cautiously. In the third round, however, Anthony Joshua landed a barrage of uppercuts that dropped Kubrat Pulev. As he stood up from the first knockdown, Joshua again pounded on him with an uppercut, that saw him going down for the second time in the third round. 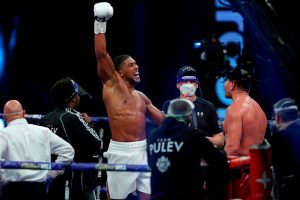 Through round four to round eight, it was Anthony Joshua pressing up the action and landing the meaningful punches. Joshua would eventually erupt occasionally landing his signature uppercuts and jabs.

The way Kubrat Pulev fell down 😱😱😱

In the ninth round, Anthony Joshua landed a hard uppercut on Kubrat Pulev, which led to the Bulgarian losing his balance and going down. As he got up, Joshua landed a clean right hand that ultimately knocked him out for good. The referee started the count, but Kubrat Pulev failed to beat the count and the 31-year old from Watford had another fighter on his record.

What’s next for Anthony Joshua?

Joshua came into the ring after a year-long layoff and produced a terrific performance. However, the fans want to see Anthony Joshua finally take on his fellow countrymen and WBC heavyweight champion of the world Tyson Fury next.

During the post-fight press conference, Joshua stated that he was fighting for his legacy and is ready to take on whoever has the title and ultimately stated that he will fight Tyson Fury in 2021. Even the fans in the Arena let Anthony Joshua know that it was the fight to make next as the crowd cheered.

“Wembley Arena, can you hear me. Let’s make some noise. One thousand fans, I love you all. Boxing is about less talk and more actions and I hope everyone was satisfied.

“For me, I stuck to what I know best. The boxing. I don’t really want to do an interview. Go and have a lovely Christmas and we’ll see you in 2021. You ask the crowd what they want to see.

“Last year, 2019. I want to challenge. It’s not about the opponent. It’s about the legacy and the belt. If that’s Tyson Fury, let it be Tyson Fury. It’s no big deal,” Anthony Joshua said. (H/T – The Guardian)

Who do you guys think wins in a fight between Tyson Fury and Anthony Joshua? Let us know in the comments section below.

Previous articleDemetrious Johnson on Deiveson Figueiredo: ‘Time will tell if the hype is real’
Next articleUFC 256: Figueiredo vs Moreno ends in a Draw, Brazilian retains his title