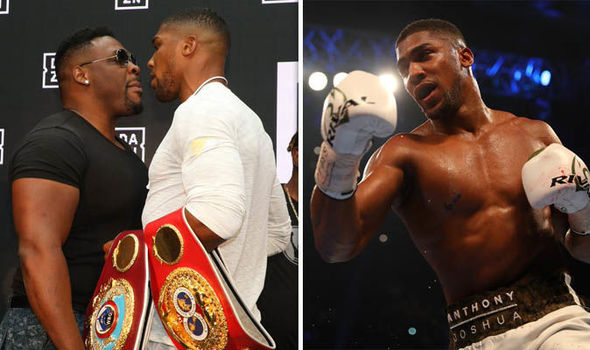 Unified WBA, IBF, WBO heavyweight champion of the world Anthony Joshua is all set to defend his titles against American heavyweight star Jarrell Miller at the Madison Square Garden on June 1 in New York.

This is Joshua’s first fight in the United States. Joshua has won all of his 22 fights and has defended his title six times ever since winning his first title back in 2016 after knocking out Charles Martin in just two rounds. He last defended his title against Alexander Povetkin of Russia. 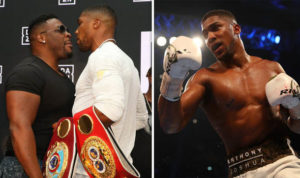 Meanwhile, Jarrell Miller is 23-0-1 in his professional career and has fought against Bogdan Dinu of Romania, where he won the fight via KO in the fourth round.

Joshua said: “I am heading to the Big Apple and I plan to embrace the culture and leave with an appetite for more.

“It has been an honour and a blessing to fight at some of the best venues in the world and at home in the UK, not least Wembley Stadium, but the time has come to head across the Atlantic and defend my heavyweight titles in the USA.

“I am looking forward to taking on another challenge with a good boxer and a brilliant talker. It will be an exciting fight. I will leave nothing to chance and plan on dismantling Miller in style to make my mark.”

Miller added: “AJ is making a huge mistake coming over here to fight me in my own backyard – he’ll be leaving New York empty-handed.

“This is the fight that I’ve been chasing all my life and on 1 June I’m going to achieve the thing I was born to do.”

IT’S OFFICIAL!! @anthonyfjoshua will make his American debut when he defends his WBA,WBO,IBF and IBO World heavyweight titles against @BIGBABYMILLER at the iconic @TheGarden June 1 live on @DAZN_USA and @SkySportsBoxing 🇬🇧🇺🇸🔥 pic.twitter.com/6CBQQHBPvN

Anthony Joshua is without a doubt one of the biggest stars in world boxing alongside Canelo Alvarez and has repeatedly sold out stadiums and arenas and holds the record for the biggest domestic pay-per-view buy in his fight against Wladimir Klitschko.

Joshua is set to make a record $32 Million in his upcoming fight. The fight will be live on DAZN in the US and on Sky Sports Box Office in the UK.