Anthony Pettis sticks up for CM Punk: Not many people can do what he did 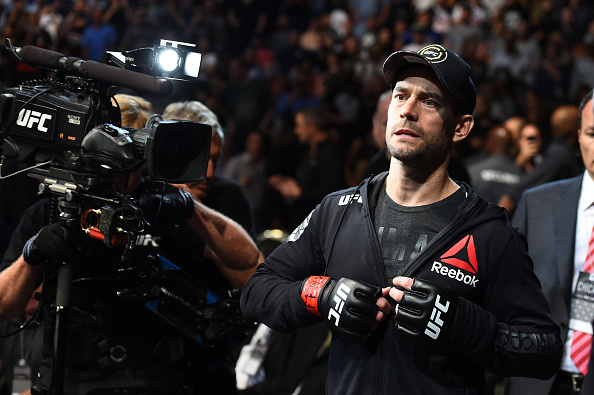 Anthony Pettis was interviewed by TMZ before his main event fight win against Stephen Thompson at UFC Nashville. Pettis was able to come away with an important win at Welterweight, where he knocked out Thompson emphatically. Anthony Pettis often trains in Roufusport Mixed Martial Arts Academy, and during his interview, he was asked about a fellow fighter.

CM Punk may have lost both of his first bouts as an MMA fighter, but there is still considerable interest in his MMA career, given the notoriety surrounding him. When asked about CM Punk, Pettis said that Punk still trained there regularly.

“The time that he spent getting ready to fight, that’s what he is doing now. They put a lot of pressure on him, they made him come over with no experience and fight on the biggest stage. I don’t know anybody who can do that, not even some young kids.”

He went on to say that he had fought some good fighters in the UFC, and he was training with the best fighters there — himself and Woodley. He was training hard regularly and getting beaten up but was coming back the next day.

He gave props to Punk for doing what he was doing, and was unsure, however, of what his plans were.