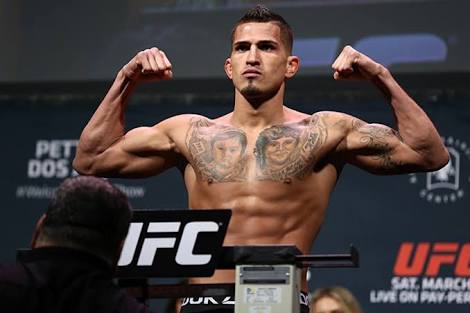 Former UFC lightweight champion Anthony ‘Showtime’ Pettis wants to join in the new trend of moving up in weight class.

Pettis took to Twitter to tease a move up to welterweight. For someone like Pettis who made featherweight at a point in his career, moving up to welterweight might not seem to be an optimal idea. However with inconsistent results at lightweight and frequent injuries, welterweight can be a pivotal move for Pettis’ career. 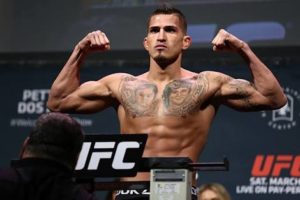 Pettis also issued a call out for a suitable dance partner. The fight if materialised, has the potential to explode the roof of any arena as Pettis wants two-time welterweight title challenger Stephen ‘Wonderboy’ Thompson as his first assignment. (via Instagram):

Pettis (21-8 MMA, 8-7 UFC) has been on a struggle since losing his belt to Rafael Dos Anjos at UFC 185 back in March 2015. Pettis is 3-5 since losing his belt, including an unsuccessful stint at featherweight where he missed weight once and injured his arm in a title fight against Max Holloway. Pettis has been alternating wins and losses since moving back to lightweight. Pettis however suffered a rib injury in his fight against Dustin Poirier and reinjured his arm in his last fight against Tony Ferguson. Moving up in weight might help Pettis recuperate better.

Thompson on the other hand, has had a similar stint with 1-2-1 in his last four fights. Thompson was slated to fight former champion Robbie Lawler in January 2019. That obviously didn’t materialise as Lawler is booked to welcome former Bellator and ONE FC welterweight champion Ben Askren at UFC 235 in May.

Previous articleUFC: Alexander Hernandez excited by Cerrone fight opportunity; wants to ‘merk’ him
Next articleCain Velasquez spent time to extend his family in his time off; now ready for Ngannou