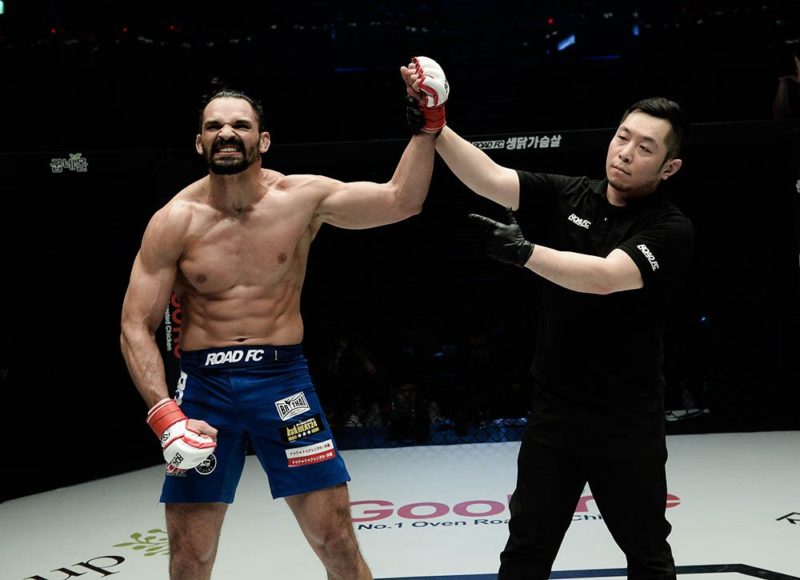 If you thought pro wrestling was the only place to witness over the top action, then you may change your mind after seeing this. All this owing to the fact that Michel Pereira is back on doing what he does best. After first shooting up to global fame last July with the highest form of unorthodox and unpredictable fighting style. But Pereira’s latest exploits have made his last performance look trash.

At Road FC 52 on Saturday in Seoul, South Korea, Pereira after dropping his opponent, Dae Sung Kim, to the ground attempted to get into his guard by a straight up back flip. With the action ensuing Michel dropped his opponent with a spinning back kick. After numerous failed attemots to get on top of his opponent, Pereira launched a vicious flying side kick on his opponent. The end of the fight neared as Pereira rattled some vicious knees in the clinch.

Just 25 years of age, Pereira has amassed a 22-9 record while competing for various promotions. Despite the fact that some of his moves may be illegal under unified rules, he never fails to put up a  show.