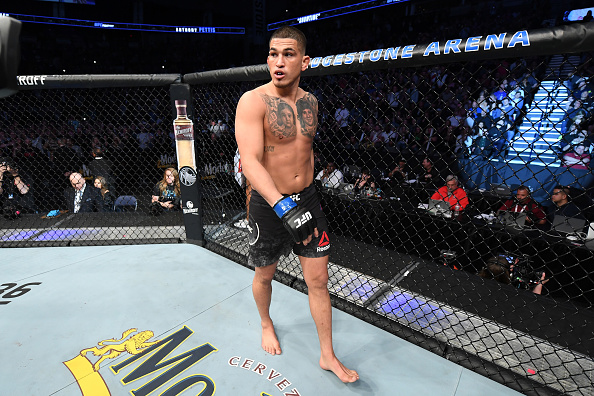 Anthony Pettis faced Stephen ‘Wonderboy’ Thompson at UFC Nashville in the main event of the card. He praised Thompson for taking the fight, and that he did not need to. He also confessed that he had a gameplan for the 11th knockout of his career. With the win, he became the 3rd fighter with a win at Welterweight, Lightweight, and Featherweight.

With the win, he joined Kenny Florian and Conor McGregor. McGregor immediately took to Twitter to congratulate him and called him out for a fight.

Welcome to the club and congratulations.
Now who fucking wants it? https://t.co/XrNU4VDc3Z

Anthony Pettis was ready for the fight. He said that he wanted to fight the Irish UFC fighter, saying that it was a fight that the fans would like to see.

He agreed with his coach as well, saying that there was no other fight to talk about after the McGregor tweet. Both of them sounded eager at the prospect of the fight against the ‘Notorious’ one. McGregor said that he was looking to return for a fight by July, and a fight against Anthony Pettis would be an excellent one to return to.

Previous articleTwitter reacts to Anthony Pettis’ devastating knockout win over Stephen Thompson
Next articleAnthony Pettis sticks up for CM Punk: Not many people can do what he did
- Advertisement -