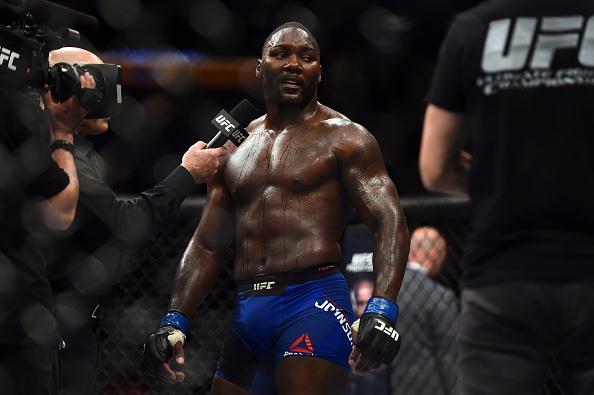 Jon Jones is currently the UFC Light Heavyweight Champion. He is considered by many to be the best fighter to ever enter an Octagon. There has been controversy surrounding Jon ‘Bones’ Jones since forever, but that has not stopped him from winning his fights.

He recently put away his latest opponents at UFC 235, when he was able to defeat Anthony Smith by decision in a 5-round fight.

However, there has been talk of Jon Jones moving up to Heavyweight at some point in the future. If he does, there is one UFC legend who will be waiting for him.

Anthony Johnson might have hung up his gloves two years ago after a second loss to Daniel Cormier, but he feels that a return would be in order if it was to face Jon Jones.

Johnson was recently on the Into the Weeds podcast, where he talked about coming out of retirement.

“The only way I’d come out of retirement is if Jon Jones goes to heavyweight, and then that’s when I’ll come out of retirement and fight Jon. I mean, that’s the only guy I want to fight. Because after him, I can officially say I did my job, (and) my mission is complete. Although I didn’t win a title, I fought the best of the best.” — h/t MMA Junkie

A fight between the two would really be something to see if ends up taking place.