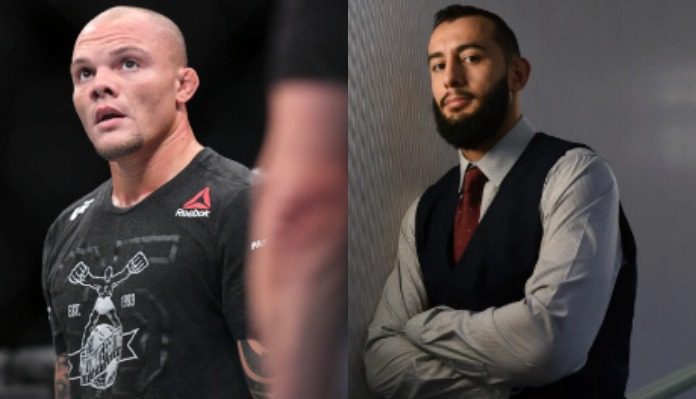 Anthony Smith (31-13 MMA, 7-3 UFC) is currently on a tear in the Light-Heavyweight division in the UFC capturing 3 straight wins to climb at the top of the division and is now a legit contender for the title. His two wins came up against MMA legends Rashad Evans and Shogun Rua and the last one came up against former title challenger and heavy hitting prospect Volkan Oezdemir via submission.

The undefeated Dominick Reyes(10-0 MMA, 4-0 UFC) who had a splendid victory against Ovince St.Preux offlate is also in the mix as one of the top contenders in the division. Probably, that was enough for this two fighters to exchange strong barbs on Twitter. 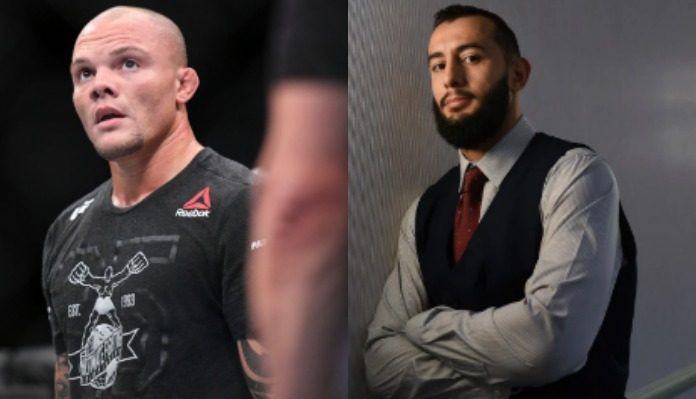 The following feud came up when Dominick Reyes posted this on his Twitter calling out Smith.

Hey @lionheartsmith, I was told u turned me down for a #1 contender fight in Jan/233 bc ur hand’s sore, so I guess you HAVE excuses. Heal up, let's do it in Feb or March, you pick! I'm gonna test that "lionheart"! 😈 #devastated #earnit #notthatman pic.twitter.com/YgLYkh3gb8

Anthony Smith got heated up and lashed at Dominick reyes with the following set of tweets.

Hey
DUMB-anick
Lesson ONE:
Don't turn down fights w/Blachowicz & Manuwa then pretend you want to fight me.
Makes you look both afraid and thirsty. https://t.co/eOecDPZJwT

He also tweeted out to Reyes being a cowardly troll and that he is no Jones or Gustafsson.

Dominick had his last words in the barb calling ‘Lionheart’ Smith a cowardly lion.

@lionheartsmith Oh Anthony 😂…Your false bravado is not going to save you! I'm coming no matter what! You can try and talk your way out, and use insults to show your toughness. But, like the Cowardly lion you are Its all talk buddy. Now nutt up and sign on the dotted line. pic.twitter.com/OYYo5w8IrU

Anthony Smith is currently ranked number 3 in the division while Reyes is ranked number 8.Anthony meanwhile is waiting as a top contender who will probably be challenging the winner of Jones vs Gustafsson for a title but a future matchup between this two would be great to see considering the social media feud they have developed recently.

Previous articleUFC 231 Embedded: Vlog Series – Episode 3
Next articleFighter pulled from UFC 231 card after he was deemed too heavy to make weight