UFC News: Anthony Smith almost cut out of his finger in order to keep fighting! 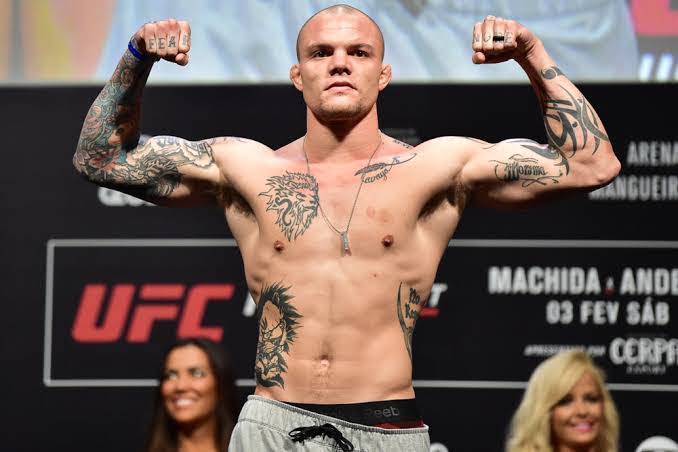 Former light heavyweight title challenger Anthony ‘Lionheart’ Smith was on his way towards another title shot.

Smith had just defeated a legend and multiple time title challenger Alexander Gustafsson. He certainly looked on his track towards another title run after his loss against champ Jon Jones. However, the bitter happened as Smith suffered an injury in his hand. 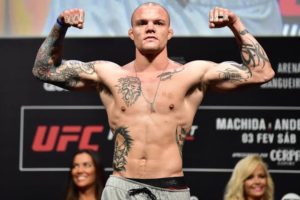 Smith had to go under the knife. To make it worse, the first surgery failed which led to another. The recovery process has further kept Smith out for 7 months. Smith revealed he thought he would have to amputate his finger.

“I almost cut my finger off,” Smith continued. “We were going to amputate my pointer finger because all the scar tissue was grabbing onto the ligament and not allowing it to close and slide back and forth. So the idea was that if we amputated the finger and then screwed those ligaments to the bone after it healed, that I could still use the other three fingers and my thumb to grapple but there would still technically be a knuckle there so I could punch.”

Scavenging for other options, Smith met a physiotherapist. The lady electrocuted Smith back to good health.

“Some crazy old lady did this different type of therapy where they attached electricity to my wrist and my forearm and moved it around and was able to catch the muscle that closes the hand and really, she just crushed through the scar tissue,” Smith explained. “So once she put electricity to it, it forced my hand closed – because the bone was still healing and by forcefully closing it, you’re putting a lot of tension on that break. I couldn’t close it myself because I didn’t have the strength, and as I’m not moving it, the scar tissue just continues to build and build and build so by attaching electricity to it, it’s essentially me closing my own hand without someone else doing it with all that tension on the break. So once we tore through all that scar tissue the first time, we just did that every single day until I was able to get the movement back in it and now it’s good…”

Smith is expected to take on another veteran Glover Teixeira at UFC Lincoln on April 26.

Previous articleUFC News: 52-year-old Joe Rogan looks absolutely shredded on a carnivore diet
Next articleKatlyn Chookagian speaks about her fighting origins: ‘I started Karate when I was four!’