Anthony Smith defends his corner not stopping fight : ‘People are a little soft during the pandemic’ 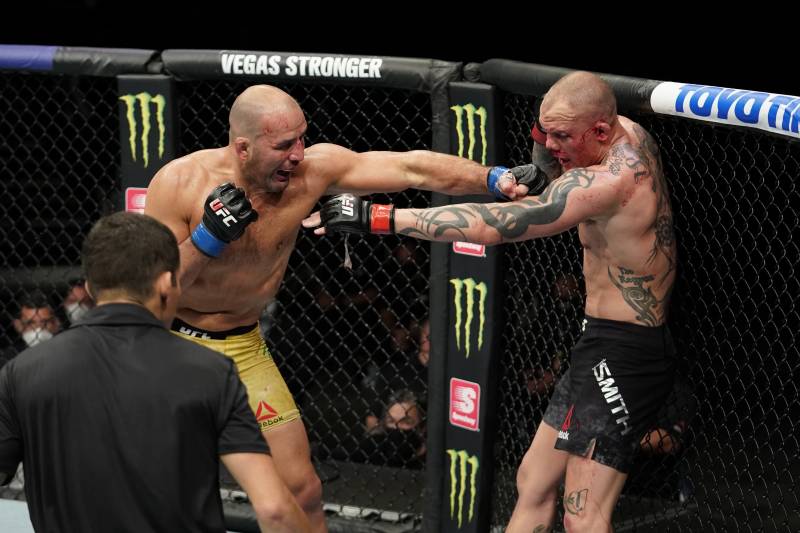 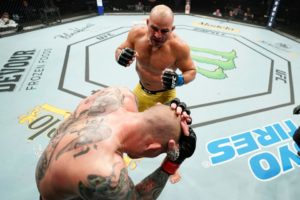 Referee Jason Herzog was generous enough and let Smith continue. The beating then continued from fourth till 64-seconds into the fifth round, when Jason Harzog had seen enough and intervened to stop the fight.

Anthony Smith defends his corner not stopping the fight

Smith suffered some heavy damage during the fight and fans were questioning the referee and corner for not throwing the towel or stopping the fight early. Even the commentator’s Daniel Cormier, Paul Felder, and Michael Bisping were saying that the stoppage was late.

Smith has broken the silence on this issue and said that he appreciates the commentators caring for him. But he also emphasized on the fact that the pandemic has made the people soft.

“I love those guys and appreciate the hell out of them and I do care that they care,” Smith said. “I do think that during this whole pandemic, I think people are a little soft. Even watching it back, I didn’t think it was that bad.”

Smith then went on to defend his corner and said that if they had thrown in the towel, he would have fired them.

“I feel bad because they’re in a tough spot. I don’t know if they wanted to stop it or if they thought about it. But, I take that option away from them,” Smith said to ESPN MMA. “Before any of this ever happened, before anything, I took that option away a long time ago. If you want to sit in my corner, that’s my rule. You don’t stop the fight. Leave it in my hands. Don’t take it out of my hands. So, I’ve told them before, if you stop the fight, if you throw the towel in, you can go ahead and walk back to the locker room by yourself because I’ll never stand by you again.

Smith would have fired his corner if they threw the towel