Anthony Smith says Colby Covington is ‘the most skittish person I’ve ever seen’ off-camera: ‘He looks like a scared cat’ 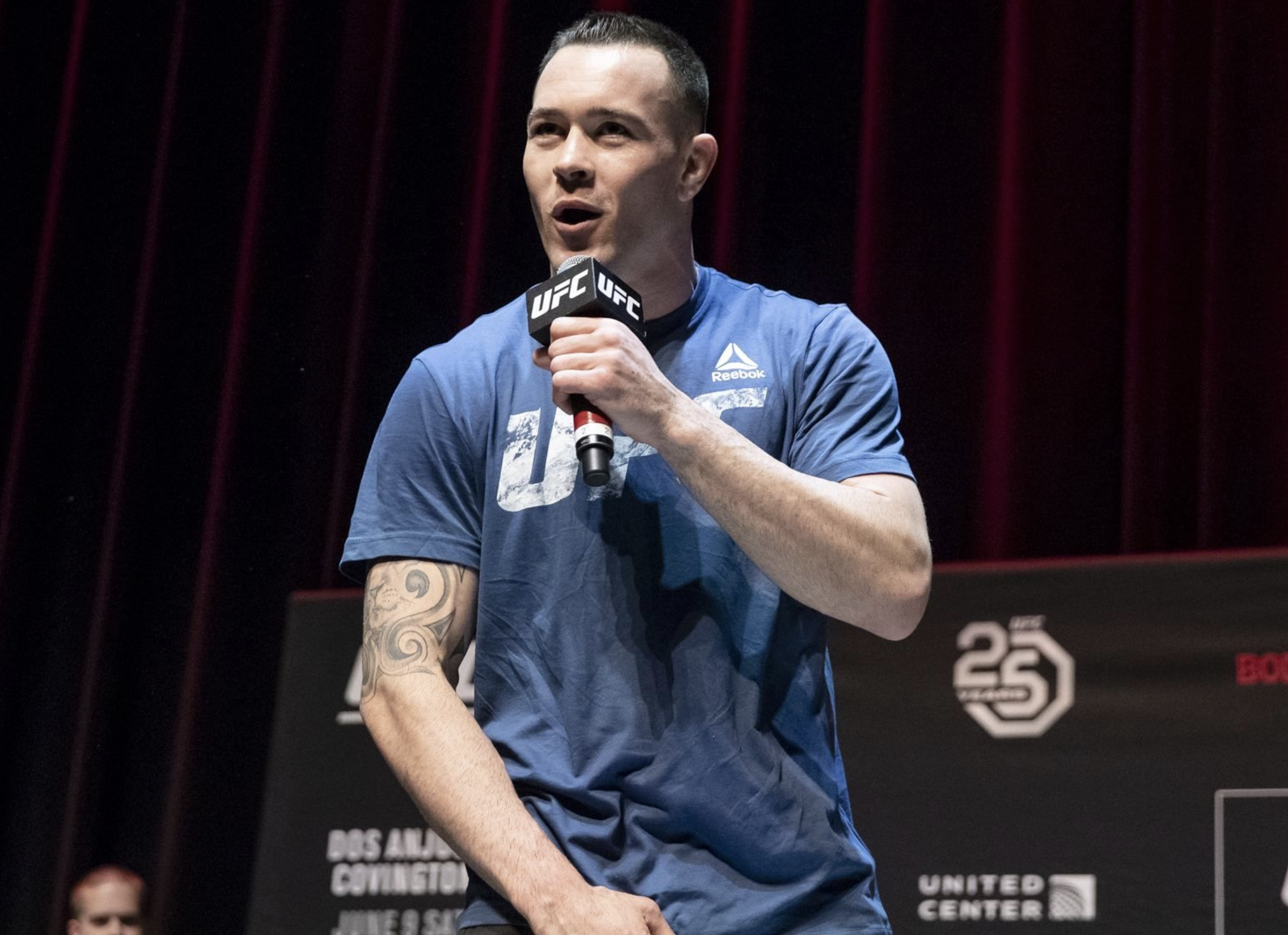 The 30-year-old light heavyweight, who challenges Jon Jones for the 205-pound title at UFC 235, made a point to fire back at Covington earlier this month on Twitter after Covington took a seemingly random jab at Jones. And for Smith, there was more behind the exchange than just defending his next opponent from one of MMA’s foremost online trolls.

“The only reason I said anything in that situation to Colby is because, a month ago when Colby was going off about losing his own title shot, he threw me under the bus almost to defend himself for needing one,” Smith explained Monday on The MMA Hour. “Like, ‘Well, Anthony Smith got one and he’s a piece of shit, so why can’t I get one?’ And I just, it’s the same with the Luke Rockhold thing. Like, I just hate people that are just assholes for no reason.”

Smith went on to elaborate about the Chicago aspect of his tweet.

He said he ran into Covington in an unexpected way during UFC 225 fight week last June — and the interaction proved to be telling, to say the least.

“I don’t have any issue with Colby and I’ve never had any issue with Colby,” Smith said. “The Chicago thing that I was talking about was when Colby started really trash-talking everybody that wasn’t in his lane. It kinda changed how he has to act around people, because he doesn’t even remember who he’s offended and who he’s upset, so he can’t do the things that regular fighters do, like train in the host hotel with everyone else 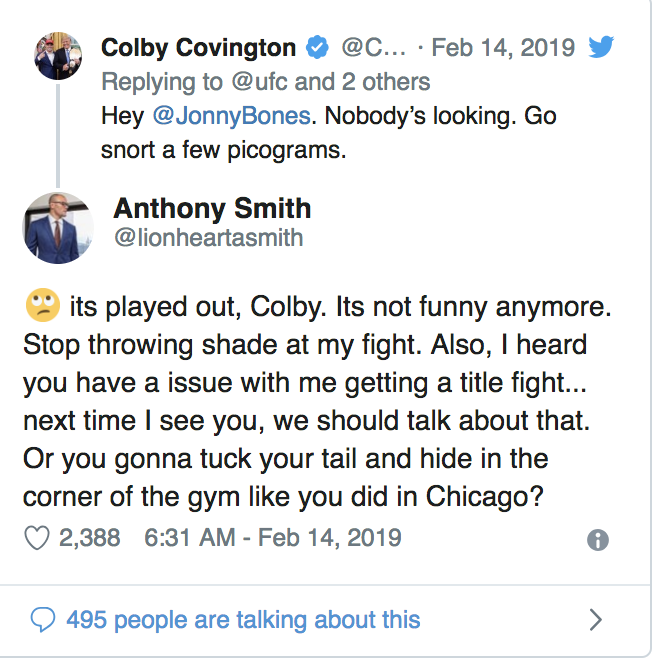 “My manager owns a gym in Chicago, so when we were both there fighting on that card (at UFC 225), I just trained at my manager’s gym because it’s more comfortable there. Typically, I would stay in the host hotel with everyone else. But it’s not anywhere close to where the hotel was — it was a significant jaunt away. So I’m there working out and Colby comes in, because he has to find somewhere as far away from UFC fighters as he can get to train, not knowing that it’s owned by one of the managers of some of the guys in the UFC. And then he gets there and he’s the most skittish person I’ve ever seen,” Smith continued.

“He looks like a scared cat when he’s not around all the cameras — and I understand what he’s doing, I get it, but he’s put himself in a position where he can’t just be a normal person in normal places anymore because he’s pissed everybody off. So, he has to hide off in the corner of the gym the whole time and keep looking over his shoulder because he doesn’t know who wants to come in and slap him in the back of the head, and that’s how he is away from the cameras and everyone else. And that’s my only issue, is that he’s just attacking people who are not in his way. It’d be like me attacking ‘55ers. Like, what’s the point of that? I don’t understand how that puts you forward in your career anymore.”

Smith challenges Jones on March 2 at the T-Mobile Arena in Las Vegas, Nevada. He is a perfect 3-0 as a UFC light heavyweight, having notched consecutive stoppage victories over Rashad Evans, Mauricio Rua, and Volkan Oezdemir.