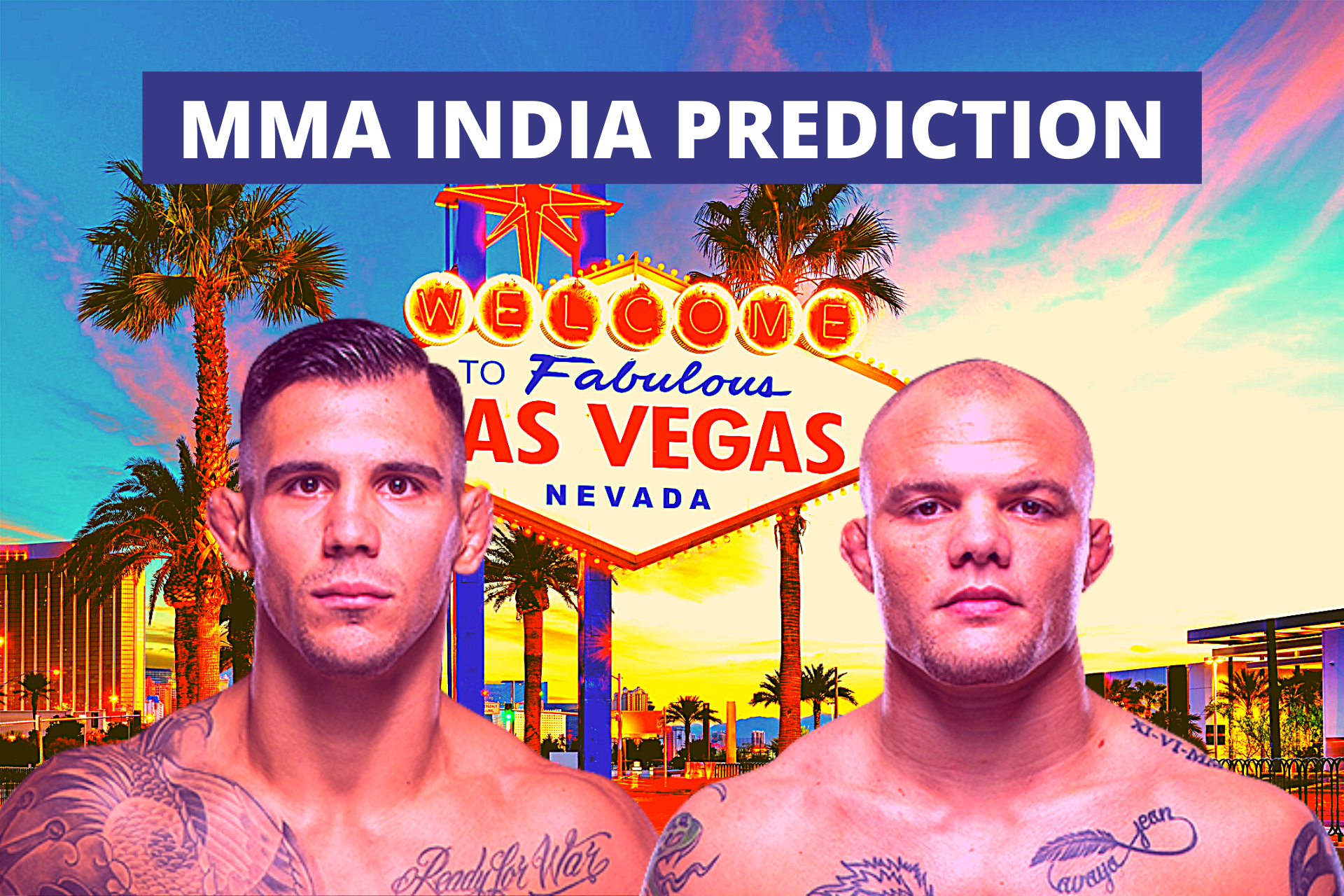 Another interesting fight on the card is the rematch between Ion Cutelaba and Magomed Ankalaev. The pair fought back in February earlier this year and in that fight, Cutelaba lost via TKO. There was a lot of controversy surrounding the fight as many fans believed that the referee stepped in early to stop the fight. 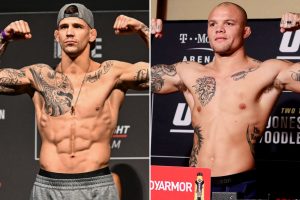 For the last fight card, I went 2-2, improving my overall record to 24-6 in the last five cards. Check out my previous predictions here.

Now let’s get back to the UFC Vegas 8 card.

Heading into this fight, Anthony Smith is coming off of one of the most brutal losses of his MMA career against Glover Teixeira at the UFC Fight Night 171 in May earlier this year. He was TKO’d in the fifth round, after sustaining extensive beating early on in the fight.

Aleksandar Rakic, on the other hand, is coming off of a questionable decision win over Volkan Oezedmir at UFC Fight Night 165.

Anthony Smith (3.25) is a heavy betting underdog heading into this fight. It means if you bet ₹100 on Smith and he wins it, you’re taking home a total of ₹325. On the other hand, Aleksandar Rakic (1.33) is a massive betting favourite, which means you will make ₹133 for every ₹100 you bet and he wins.

To place your bets on this weekend’s UFC card, click here.

I am kind of surprised seeing such wide lines in this fight. The bookmakers don’t seem to be giving Smith any chance of winning this fight. Much of the notion is coming from Smith’s last fight against Teixeira who sustained extensive beating throughout the fight before the referee stepped in to stop the fight.

Teixeira is by no means a spring chicken, at 40-years old, it was probably one of the best performances of his MMA career, but keeping those stuff aside, Smith was winning the fight early on and he was absolutely dominating the fight in the second round. Smith was aggressive in the fight and working behind the jab and after Teixeira hit him with a low blow, he took the prescribed five-minute time to recover and even after the rest, he was winning the exchanges. But as his output slowed, Glover took over and battered him for the remainder of the fight.

While I am not stating that Anthony Smith lost because of the low blow, it sure played a part in the process and whether the shot was intentional or not, it was a veteran move by the Brazilian and heading into this fight, Smith is the more experienced fighter with nearly 48-fights under his belt, whereas the 28-year old Serbian only has 14-fights under his belt.

That isn’t to say that Rakic can’t win this fight, he absolutely can. He is one of the most powerful punchers in the division and possesses a superior stand-up game and ever since his debut loss back in 2011, he went on an absolute tear winning 12-fight straight, until he came across Oezdemir. The loss was a highly controversial one and many fans had Rakic winning the fight.

Prior to his loss to Oezdemir, he brutally knocked out Jimi Manuwa and Devin Clark. However, we can all agree that Manuwa was over the hill and at that time was nearing retirement. However, prior to those wins, he defeated Justin Ledet and Francisco Barroso and had a slightly hard time.

His fight against Devin Clark also showed us something similar, while he might have won via TKO, Clark isn’t a natural 205er and is undersized for that division and before the stoppage, Clark was having his moment and at one point it looked like that he was going to stop him in the first round.

Anthony Smith, on the other hand, is an extremely high-level BJJ practitioner, while we have seen Rakic take the fight to the ground too, but he does that when he can’t takeout his opponent early on with his power, which in my opinion is a recipe for disaster against someone like Smith.

Overall I am sensing a lot of holes in Alexander Rakic’s game and that seems enough for me to place my money on Anthony Smith. I also have my concerns regarding Smith as to if he has gotten sufficient time off following a career-changing beating by Glover in May earlier this year.