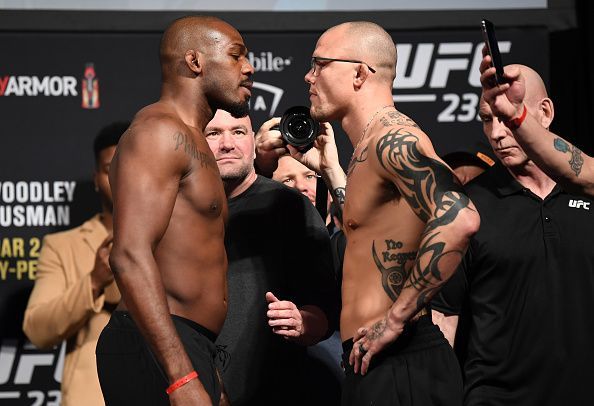 Earlier this year in March at UFC 235, Anthony Smith failed to dethrone the light heavyweight champion Jon Jones at the T-Mobile Arena in Las Vegas. It was Jones’ 15th consecutive victory till date.

The only loss on Jones’ record is from back in 2009 when he was DQ’d in his fight against Matt Hamil. Jones was also almost DQ’d in his fight against Anthony Smith when he threw a knee that connected with Smith’s head while he was down. If under any circumstance Smith wouldn’t have been able to continue, it would have been yet another DQ loss in his career and Smith would have been the new UFC light heavyweight champion, but he didn’t take the easy route and decided to fight for full five rounds and eventually lost the fight on the scorecards. 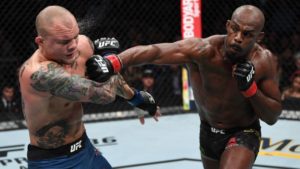 Now five months later, Smith says that he is obsessed with Jon Jones. The light heavyweight champion is coming off of a close majority decision victory against Thiago Santos at UFC 239 earlier this month.

“I have become absolutely obsessed with Jon Jones,” Smith said in an interview with Submission Radio. “It’s almost embarrassing how much I have focused on, studied…it’s become an obsession. You know, I’m sitting next to Rashad Evans during the fight, and I’m, like, learning Jon’s mannerisms. I can almost tell you what he’s thinking sometimes. It’s weird.”

“Here’s the problem: what are you gonna do about it? That’s the new problem,” Smith said. “The problem is getting to Jon Jones. That’s the problem. And that’s, honestly, where my focus is, really, mentally. And I’ve been reaching out, and talking to different people, and looking for different ideas.