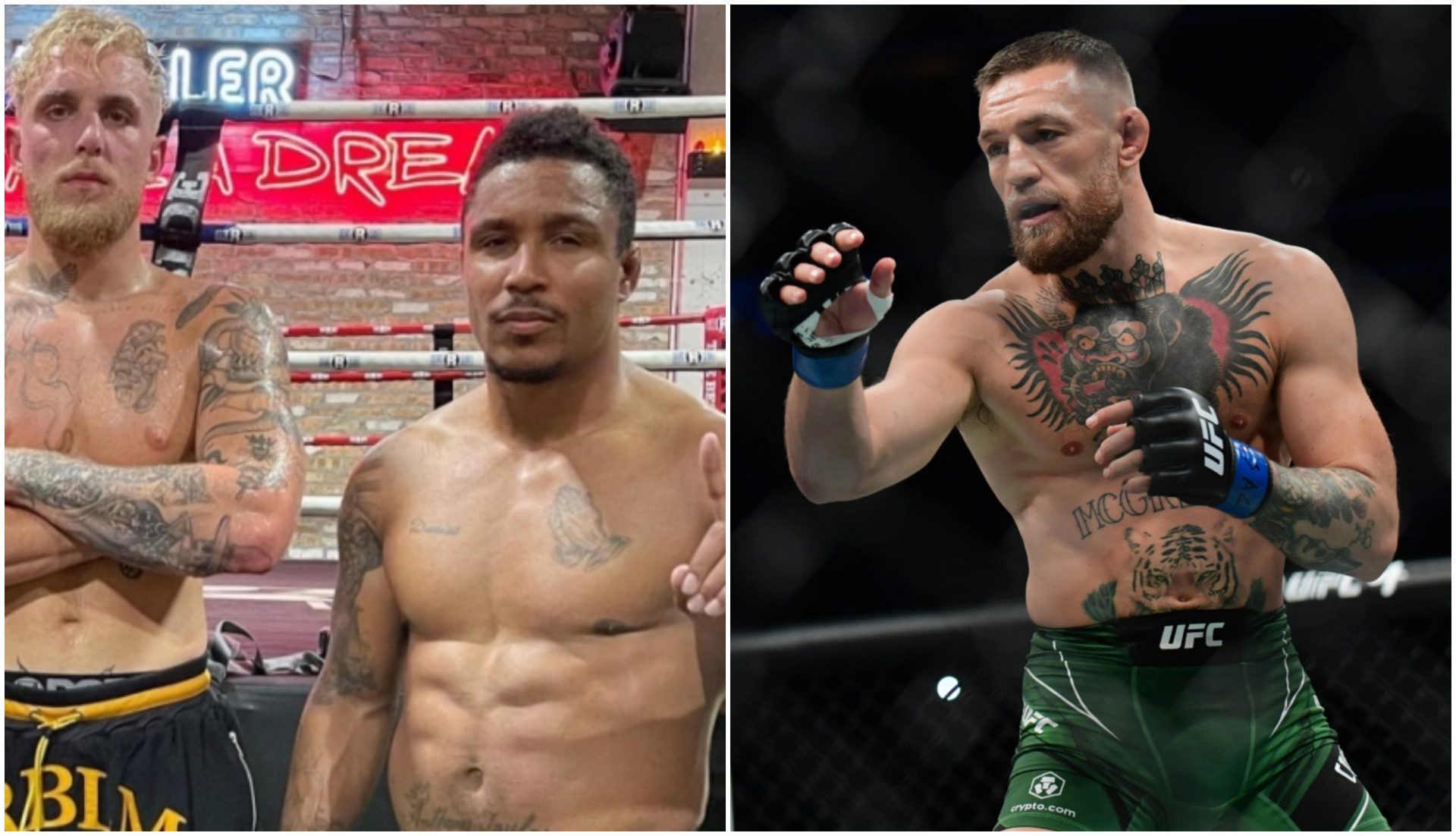 The combat sports community is well aware of how much Jake Paul is interested to fight Conor McGregor. The YouTuber-turned-boxer has been trailing the former UFC double champion since the beginning of this year and is still far from letting his pursuit of a bout against the Irishman go.

However, there’s a new name in the town- Anthony Taylor, the sparring partner of Jake Paul who is now the latest to show interest in squaring off against McGregor, be it the boxing ring or in the MMA cage- and even hints to have Jake by his side during the fight

In a recent interview with Gerard Eady of the Awfully Irish Podcast, Anthony Taylor opened up on the possibility of facing McGregor by the end of 2022.

Bringing forward how he landed a fight against Tommy Fury, the brother of WBC heavyweight champion Tyson Fury and even got Jake Paul as his sparring partner, Taylor insisted that he will secure a fight against McGregor in the same manner.

“Everything, everything is legitimate. Me fighting Conor McGregor by the end of next year is going to happen,” Taylor said on the podcast, “I spoke in existence with Jake Paul like, ‘Hey I’m gonna fight Jake Paul’, all of a sudden I’m sparring with Jake Paul.”

“You know when I spoke in existence about Tommy Fury May 31st before I even went out to Jake Paul’s camp I said Tommy Fury stop fighting bums and come fight me I’ll show you what a real fight is about.”

“If I want to fight Conor McGregor next year, Jake be like ‘Dana bring on Conor if not we’ll come to Conor’, let’s have a bet, Dana gonna bet with Jake who’s gonna win this fight,” he added.

After Eady insisted that McGregor, who is on a two fight losing streak in the UFC should go for someone easy, Taylor emphasised himself as the perfect opponent for the ‘Notorious’.

“Why not me? I’m the perfect guy to fight to get yourself back on track,” Taylor went on, “If he loses, he’s done and the shit talking between me and him would be so crazy. I’m adding Jake into it with me, its going to be so funny. Everybody’s going to- they can’t do nothing but laugh.”

What do you think about a fight between Conor McGregor vs Anthony Taylor? Let us know in the comments.