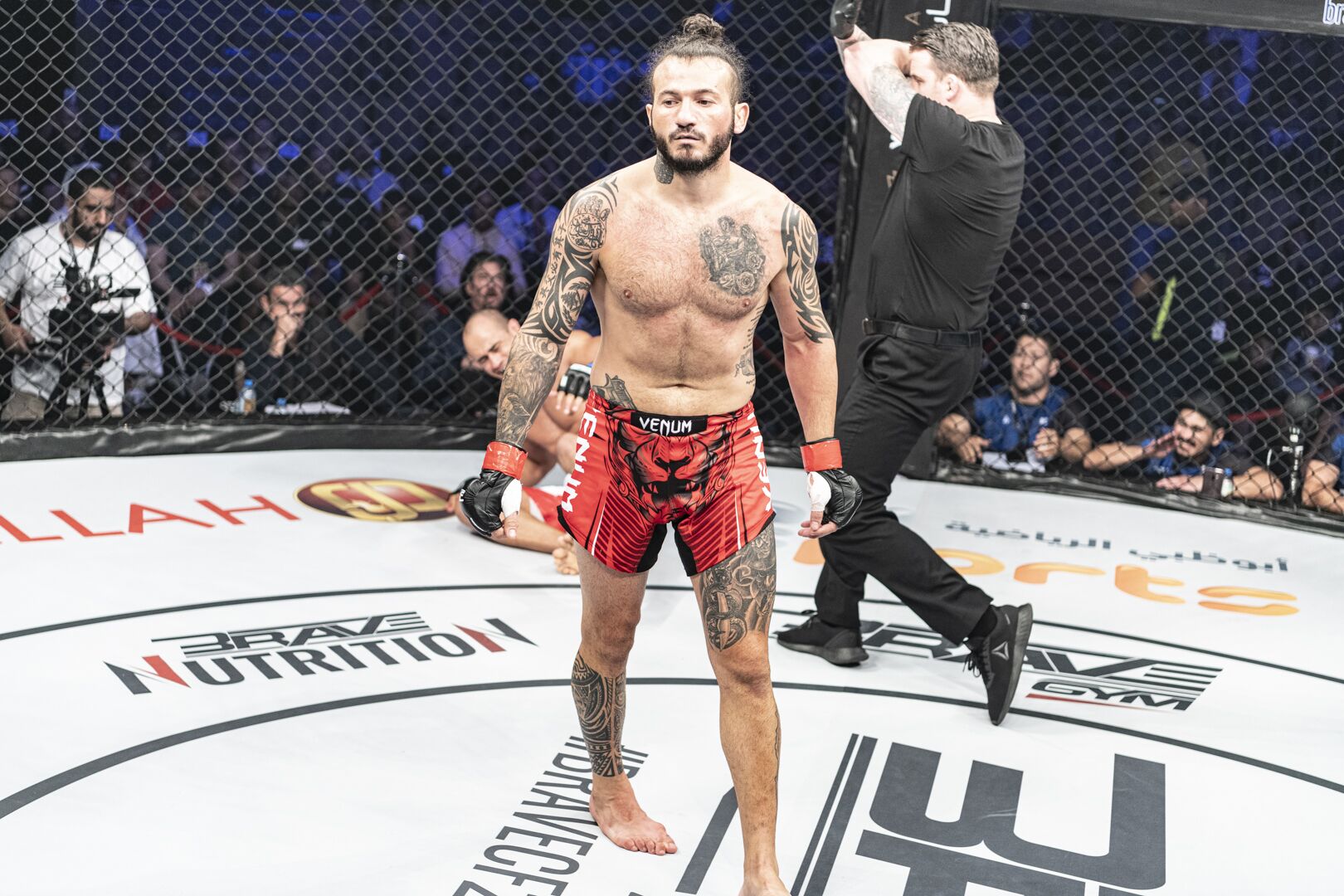 Mohammad Fakhreddine has been recognized as one of the most vicious fighters in the BRAVE CF roster. After scoring second place in the open weight KHK World Championship against fighters heavier than him, “The Latest” is ready to come back to Middleweight and has a target on his sight: the divisional world champion, Daniel “Gaucho”.

Fakhreddine has used his social media platforms to call out his Brazilian rival, who became the first-ever BRAVE CF Middleweight world champion last December, by knocking out hometown hero Chad Hanekom in South Africa. Daniel is 2-0 under the BRAVE CF banner with both victories coming by way of vicious KO.
The Lebanese phenom has been famously described as a vicious striker himself, and his last two victories have come by stoppage due to strikes, including a win against Christofer Silva in which Fakhreddine broke his opponent’s leg with kicks.
While commenting on BRAVE CF’s Instagram page, Fakhro has asked to be matched up against “Gaucho”, claiming he wants the BRAVE CF belt more than anything, and that it would be a fan-friendly bout between two top strikers in the Middleweight division.
The weight-class continues to evolve as mainstays such as Ikram Aliskerov have also returned to the fold after an adventure at Welterweight. The Russian powerhouse has also put his hat into contention for Daniel’s first title defense, which will most likely take place after the Coronavirus pandemic is controlled and activities resume all over the world.