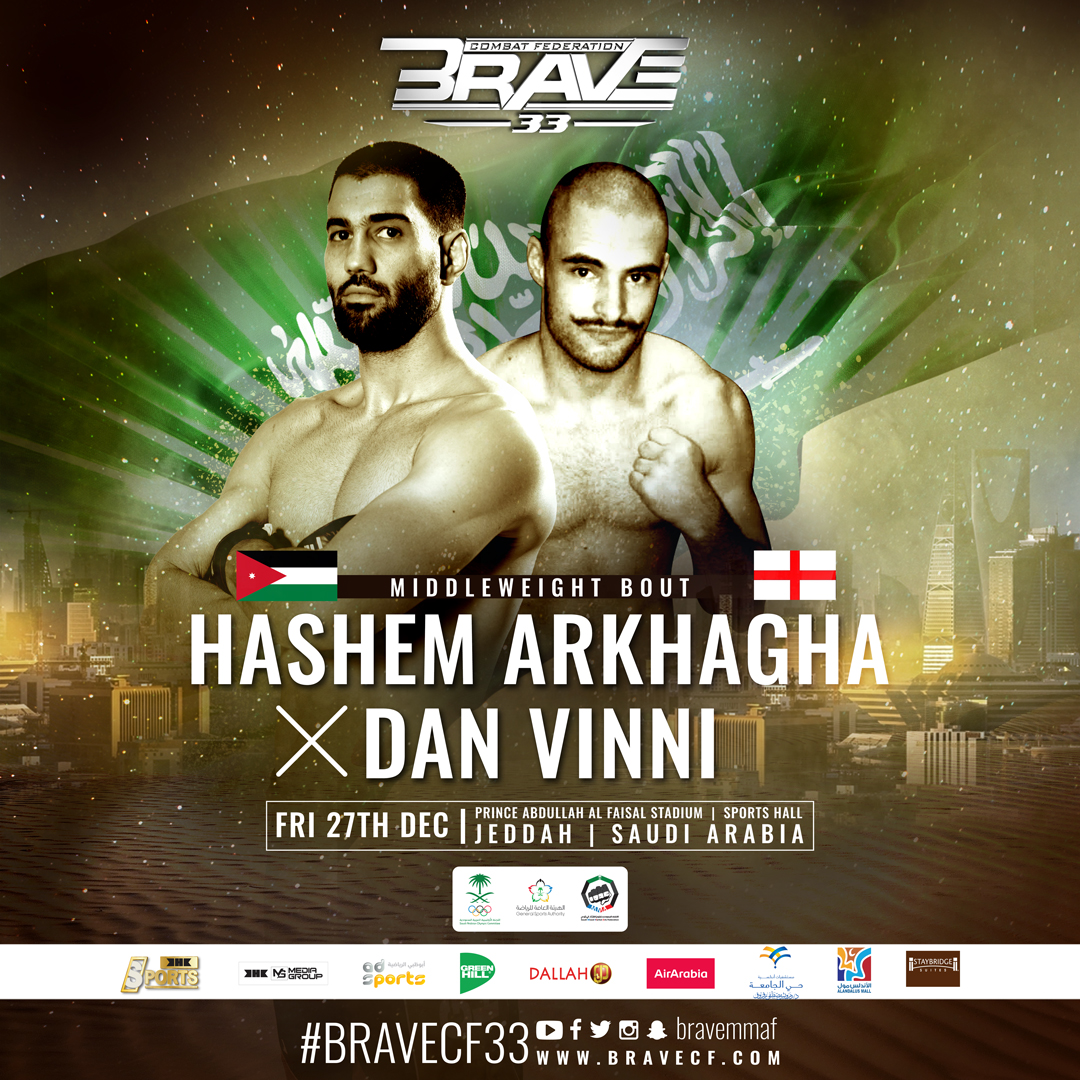 Jordan’s Hashem Arkhagha returned from a four-year layoff at the beginning of this year, as he scored a spectacular knockout in front of his home fans at BRAVE CF 23, in Amman. Now he’s looking to position himself as a top contender in the Middleweight division as he takes on England’s Dan Vinni at BRAVE CF 33, in Saudi Arabia.
Arkhagha is deemed a legend and pioneer of the Arab MMA scene, as the Middleweight contender has been fighting since the early days of mixed martial arts in the region, and has increased his legendary status with a near-perfect performance in his international debut for BRAVE CF.

Hashem scored a first-round KO against Jeremy Smith, which went viral, as he connected with a straight punch that sent the South-African slugger face-first into the canvas, separated from his senses. Arkhagha will look to add to his highlight-reel when he takes on BRAVE CF newcomer Dan Vinni.
A victory over the Englishman can catapult Hashem to near the top of the division, headed by newly-crowned Middleweight world champion Daniel “Gaucho”, who’s fresh off a second-round TKO of Chad Hanekom to capture the inaugural title at BRAVE CF 31, which took place in Durban, South Africa, last week.
BRAVE CF 33 will take place at the Prince Abdullah Al Faisal Stadium, in Jeddah, Saudi Arabia, on December 27th, marking the second time the fastest-growing MMA organization in the world lands in the Kingdom.

Previous articleWatch: Dana White makes big reveal on a boxing champion who has been in talks with him to fight in the UFC!
Next articleMAX HOLLOWAY AND ALEX VOLKANOVSKI READY FOR FEATHERWEIGHT FIREWORKS AT UFC 245: USMAN VS COVINGTON