ARES 2 SET FOR BELGIUM WITH TALEB VS. WOUTERS AND MORAGA VS. SANDOVAL 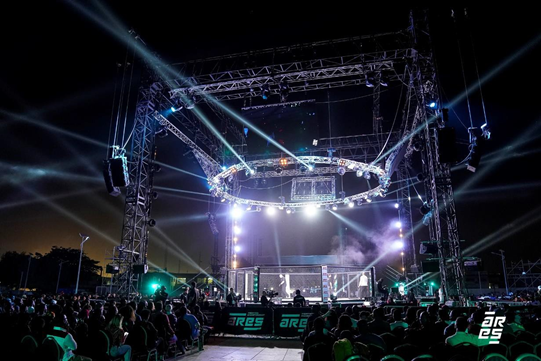 Event to Stream Live and Exclusively on UFC FIGHT PASS®

France‘s Nordine Taleb (15-7) will take on Belgium’s very own Maarten Wouters (12-8) in a middleweight main event. Taleb is joining ARES after a twelve-fight UFC run, which saw him score victories over the likes of Erick Silva, Danny Roberts, and Oliver Enkamp. Now, ready to start the next chapter of his career, the 38-year-old will go into enemy territory and meet the extremely dangerous Maarten Wouters.

Belgium born and raised, Wouters has the biggest opportunity of his career in this contest. Owner of a 90%+ finishing ratio and with nine first-round finishes, the 31-year-old jumped at the opportunity to face Taleb in the main event of ARES 2 in his home country.

In the co-main event, undefeated Senegalese heavyweight wresting champion Oumar “Reug Reug” Kane (1-0) will make his first European appearance as he faces undefeated Russian Ivan Romanov (5-0). Kane became an instant hit after a remarkable debut win against Sofiane Boukichou at ARES 1; but the Senegalese wrestling superstar will be put to the test by Romanov.