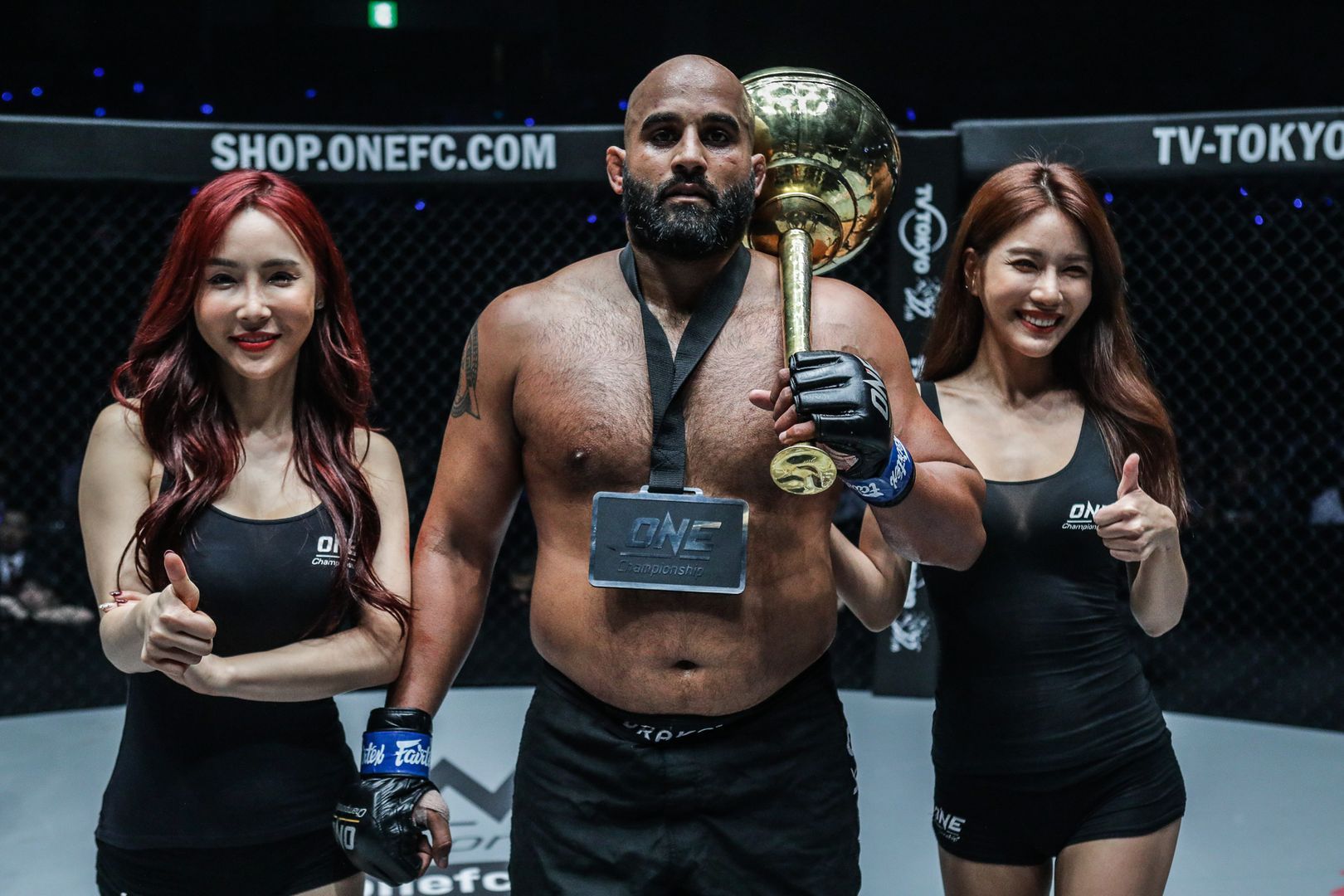 Arjan Bhullar is just over a week away from stepping into the ONE Championship Circle and taking on a reigning heavyweight World Champion.

Bhullar will challenge ONE heavyweight king Brandon “The Truth” Vera at the previously recorded ONE: DANGAL on Saturday, 15 May – and a win would make him the first-ever Mixed Martial Arts World Champion from India.

“It’s always special when you can make history because history lasts forever. So, being a World Champion will be a major milestone for me and my family,” Bhullar said.

“But being the first [World Champion] from India will make it that much more special for myself and for the future wrestlers and athletes from India.

That’s the plan, at least. 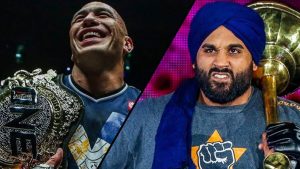 However, toppling the man who’s been the ONE Heavyweight World Champion since 2014 won’t be an easy task. Vera’s striking game is second-to-none, and he has the wrestling pedigree to go along with it.

Bhullar believes those skills will be negated by Vera’s age, though. The Filipino-American is 43 years old and could be at the home stretch of his legendary career.

“It seems that he is sort of on his last end, but if you take away his heavyweight title, where does he go from there? And the answer is probably: away from the fight game,” Bhullar said.

“I can’t see him wanting to climb the ranks again and chase the title down. So, we’ll see what his future holds for him after the fight.”

As for Bhullar, he predicts a glorious future – one that includes him stopping a man who’s otherwise been unbeatable in ONE.

“The outcome of this fight will be a stoppage with my arm raised. The stoppage will be standing up or on the ground, me pounding him out,” Arjan Bhullar said.

“It will be my hands on his face and on his body and him conceding victory to my will.”

With that said, Arjan Bhullar promises mixed martial arts fans back home that the showdown on 15 May will be a can’t-miss spectacle.

“To my Indian fans, don’t forget to tune in because you’re going to get your first World Champion. When I take out Brandon Vera, it’s going to be a beautiful, beautiful moment for myself for all of us for the country,” Arjan Bhullar said.

“You’re going to have your ambassador, your champion, and then we’re going to blow this sport up all over the country and subcontinent and have many, many more coming down the line. Thank you for your support now and forever.”

Catch all the action from ONE: DANGAL for free by downloading the ONE Super App.