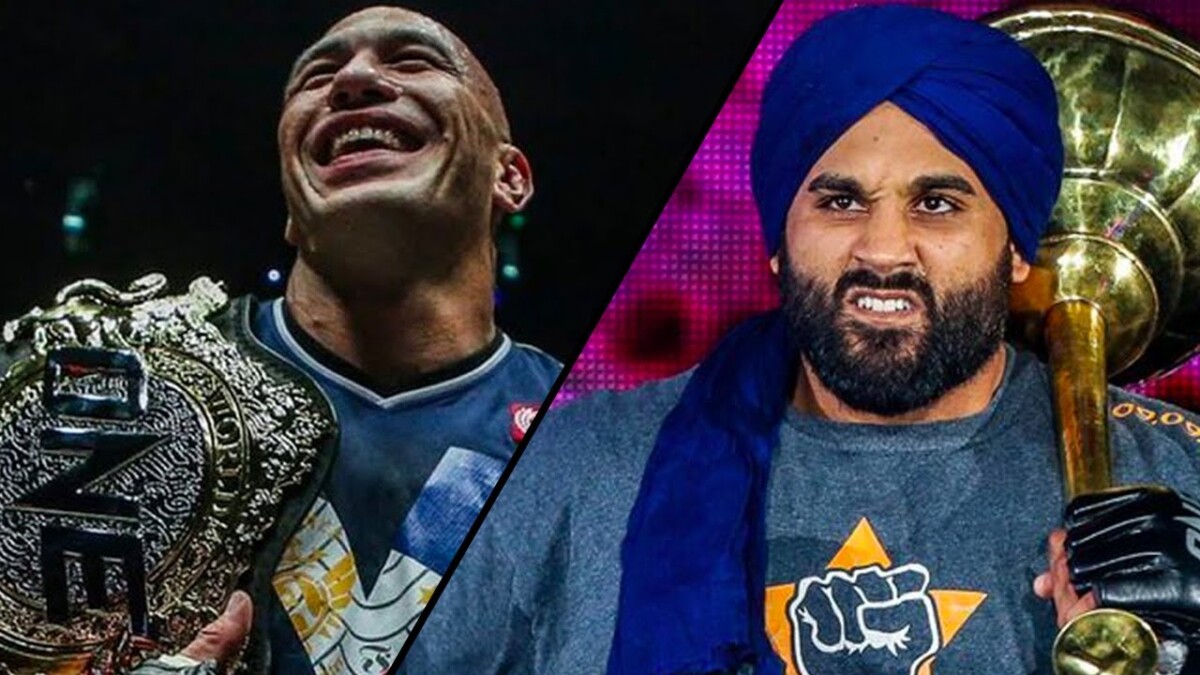 Arjan Bhullar has been waiting for a shot at the ONE Heavyweight World Title since joining ONE Championship in 2019 – and come 15 May, he’ll put all that waiting aside

That evening, Bhullar challenges heavyweight king Brandon “The Truth” Vera at the previously recorded ONE: DANGAL in the main event affair with massive implications. 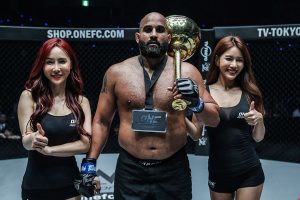 “I’m very excited for this title fight. It was long overdue. We were supposed to fight over a year ago, (but) due to the pandemic, it got cancelled once and then got cancelled again near the end of last year,” Bhullar says.

Despite going through numerous lockdowns due to the COVID-19 pandemic, “Singh” has stayed focused on one man.

“It’s been a long, long year away from the competition. But I’ve been training all the whole time,” he says.

“I’ve been training specifically for Brandon Vera for over a year now. I’m excited to get back in there to compete. That’s the part that I enjoy the most. Training sessions are cool and fun, but competition is the best when all the lights are on, and all eyes are on me.”

Bhullar also thinks he’ll have an advantage against Vera because the World Champion has been splitting his focus with other ventures outside of competition.

“He likes to keep busy outside of the gym doing other things like TV, movies, and relaxing with the family stuff –which is fine,” the Indian says.

“He’s at that age in his life where he’s been a champion for a long time, and it’s good for him to enjoy that life, but you can’t have both.

“I’ve kept busy during that gap, keeping my eyes on him and training with a purpose every single day. And finally, it’s going to pay off.”

With that said, the challenger knows a win won’t come easily. Vera has simply dominated the division since he entered ONE Championship.

“He is older, but he’s undefeated as a Heavyweight Champion in ONE. He’s been a champ for five, six years – for a very long time now. He’s stopped every one of his opponents. So, he’s very dangerous, very experienced, dangerous everywhere,” Arjan Bhullar says.

“His kicks, his knees, his elbows, [he’s] good off his back. He’s been in the game a long, long time, and you must be ready to go in all places [against Vera].”

Arjan Bhullar plans on using not just his brawn to unsettle Vera, but his brains as well. In fact, he thinks the latter will give him the ultimate edge.

“My greatest strength is my insight that allows me to train daily, weekly, yearly. I stay disciplined all the time, not just when I have a fight booked or I have a competition coming up. I keep my eye on the prize,” Arjan Bhullar says.

“This is my life, my priority, and my life’s work. And I take it very, very seriously. To have the best version of myself, there is nothing more important to me in my life and no other priority.

“Skills are great, being faster, stronger, all those things –sure. But when you have a war of attrition, it’s the insights that always come out, and that’s going to be the difference in this fight.”

Download the ONE Super App to catch all the action at ONE: DANGAL.

Previous articleAre you willing to get inside the octagon: Kamaru Usman responds to Jake Paul’s “Disney Channel” banter
Next articleAleksandar Rakic wants No.1 contender fight against Jiri Prochazka