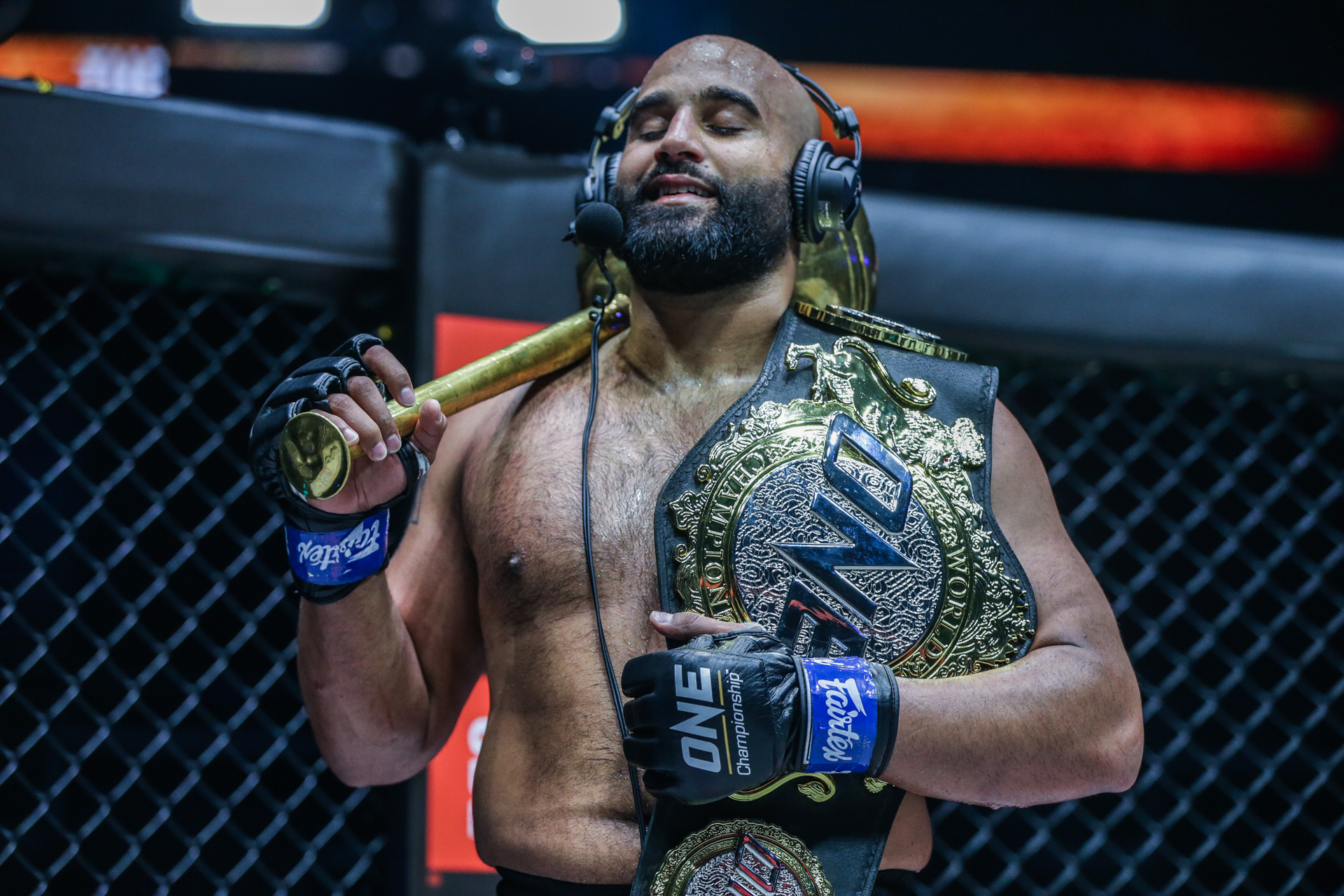 This past May, Indian mixed martial artist  Arjan “Singh” Bhullar proved his versatility by finishing then-ONE Heavyweight World Champion Brandon “The Truth” Vera by TKO at ONE: DANGAL.

The former wrestling star outstruck Vera to score the second-round finish and become only the second heavyweight to hold ONE Championship gold.

Now, there are other big men who want to test Bhullar’s reign and claim the belt for themselves.

South Korean “Mighty Warrior” Kang Ji Won is one of them. 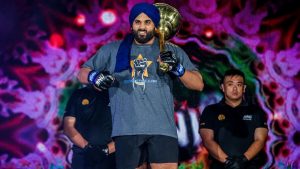 Kang made his ONE Championship debut against Mehdi Barghi in February when he scored a first-round TKO win.

The following month, “Mighty Warrior” knocked out Amir Aliakbari and sent the mixed martial arts world into a frenzy, as the Iranian was billed as the next potential World Title challenger.

Now, the South Korean is eyeing “Singh,” but the Indian star believes his own all-around game is superior.

“Kang Ji Won’s a young kid, undefeated, [and surprises] himself. Still, he has a great future ahead of him. He can move like a middleweight — fast feet, fast hands, and tough,” Bhullar said.

“But he gets hit too much for my liking. He gets hit clean and hasn’t faced someone like me who can mix it up all the way together, who can hit him as well as take him down, which he has shown.”

Should the two heavyweights meet, it would certainly be a battle of strikers despite Bhullar coming from a wrestling background.

In his own debut at ONE: CENTURY PART II, “Singh” splintered “The Hammer’s” handle, as he outboxed Mauro Cerilli en route to a unanimous decision.

If he doesn’t face Kang next, though, Bhullar has plenty of other contenders waiting for him. And he knows they would all offer unique challenges.

“Our division is very stacked. We’ve got the world’s best from multiple different disciplines,” he added.

Previous articleDana White says Conor McGregor is suffering from chronic arthritis in his ankles
Next articleArjan Bhullar Reacts To Reinier De Ridder’s Call-Out: ‘If He’s Still Around, We’ll Get On It’