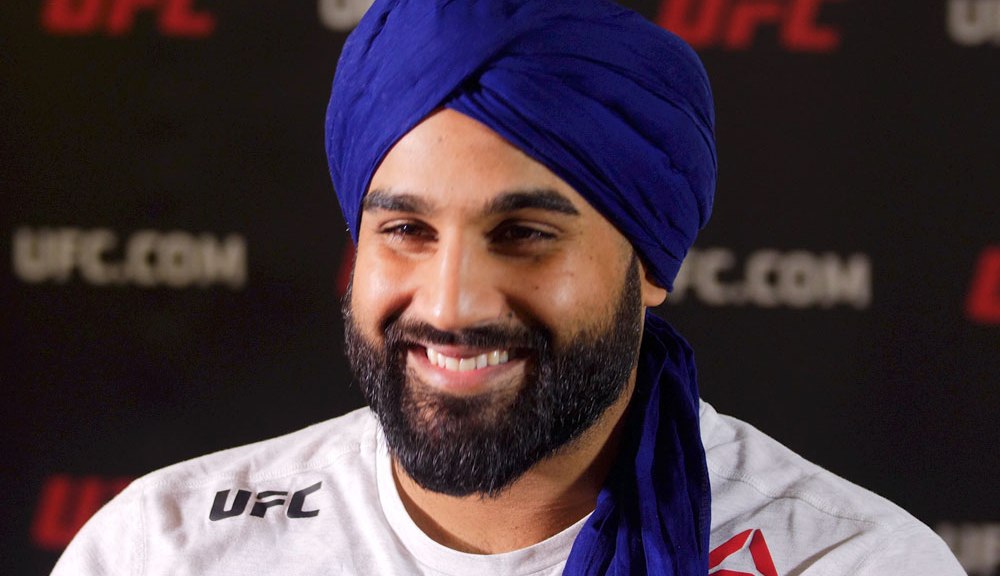 Religion to many is an extremely sensitive topic in most part of the world. In most parts of the world, religion determines what a person does in his day to day life. This is true even for sports and particularly in the world of Mixed Martial Arts.

However, the expression of religion in the violent world of Mixed Martial Arts is like a double-edged sword. To many religion gives them inspiration and confidence to perform better. In fact, it is very common for a fighter to praise God after he/she has won a fight inside the Octagon. However, religion was also the major cause of a massive brawl that erupted at UFC 229 at the T-Mobile Arena in Las Vegas. 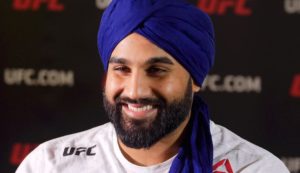 Khabib later said that he lost his cool after defeating Conor McGregor because the Irish superstar disrespected his father, religion and country ahead of the fight.

However, religion or faith amongst fighter differs from fighters to fighters. Top UFC welterweight contender Diego Sanchez told in an interview to Bloody Elbow, “I think that God intervenes in everything. I think that God gives people a supernatural strength at times.”

On the other hand, there are fighters like Chael Sonnen who completely dismiss the notion that religion or God is going to play any role in the outcome of a fight inside the Octagon.

“You know, these guys want to talk about God. ‘Oh, I want to thank God. I want to thank God.’ Listen, I’m a God-fearing man, go to church every Sunday and have since I was a boy. But if I ever found out that God cared one way or another about a borderline illegal fist-fight on Saturday night, I would be so greatly disappointed that it would make me rethink my entire belief system.” Sonnen said in an interview to Ben Fowlkes back in 2012.

Founder of The MMA India Show, Mr Parvin Dabas had an interesting sit down with Jitendra Khare, Mohd Farhad and UFC’s Arjan Singh Bhullar to discuss the important topic of religion in MMA. After the heated rivalry between Conor McGregor and Khabib Nurmagomedov saw instances of religious beliefs and family getting dragged into the mix, the MMA world is split on the notion of fighters taking religion-based stands to either attract more attention or to attack one another verbally. Here’s what the stars of the show had to say about the involvement of religion in MMA:

“As an individual, a person’s belief or his faith is extremely important. As a fighter, it’s very important. For me as a coach, I have cornered many fighters from various religion and I see how deeply based in their religion it is…..whether it is doing their prayers or going to a religious place before the fight to offer prayers….certain fighters have their own pre-fight ritual and I think in a way it strengthens them,” Jitendra Khare said.

“Their belief gives them their faith….that Okay! ‘My God’s is with me and he is looking over me, so I am safe, we will not lose and I am safe and whatever he wants will be the outcome, if he wants me to win and this is my day, I will win’…..“Jitendra Khare who is the head coach of Team Relentless at the Evolution Fitness and Combat Sports Academy said.

Parvin Dabas later interviewed rising Indian Mixed Martial Artist Mohammad Farhad who competes in the bantamweight category and has a Pro MMA Record: 10-3-0. He was asked about the role of religion inside the Octagon citing the example of Yoel Romero who had earlier said ‘Wake up, USA! Go, go back for you, go. Go for Jesus’, this saw Yoel receiving immediate backlash from Dana White as he later told Romero to not bring religion inside the Octagon.

“I totally respect what Dana White said because religion and sports are two totally different things, and religion is very very personal as it is between God and his follower and sport is for everyone, it is a common platform,” Farhad.

When asked if an identity of a fighter should depend on his religion or the country a particular fighter represents.

“Whatever religion you follow, whatever caste, creed, race you belong to, I think you can still compete and fight like a bright star and I personally would suggest to keep religion outside the cage, gym and matt because that is how we should come into common terms in MMA,” Farhad said.

Also, live on the MMA India Show was Indo-Canadian UFC fighter, Arjan Singh Bhullar who has compiled a record of 2-1 in the UFC is all set to fight Juan Adams at the UFC Fight Night 151 which is taking place at the Canadian Tire Center in Ottawa. He gave his views on religion in the world of MMA.

“There is a good and bad to it. It’s good to be passionate and it’s good to have a sense of belonging to a certain community, ethnic, religious, cultural or whatever….why not represent that? That’s who you are.” He said

“There are too many people in this world, who try to be like somebody else with the social media stuff, so it’s a good way to be real. Represent who you are if you’re proud of that and if you live it. There’s a reason they’re taking Khabib to Dubai, he represents his culture, religion proudly and he is real about it,” Arjan said.

“I think it is important to respect each other’s right and belief system and come together and embrace that. There’s fear and love and if you can use the positive and always come together then that’s fantastic…..But there will always be people on the flip side but that’s the world we live in.” Arjan concluded.