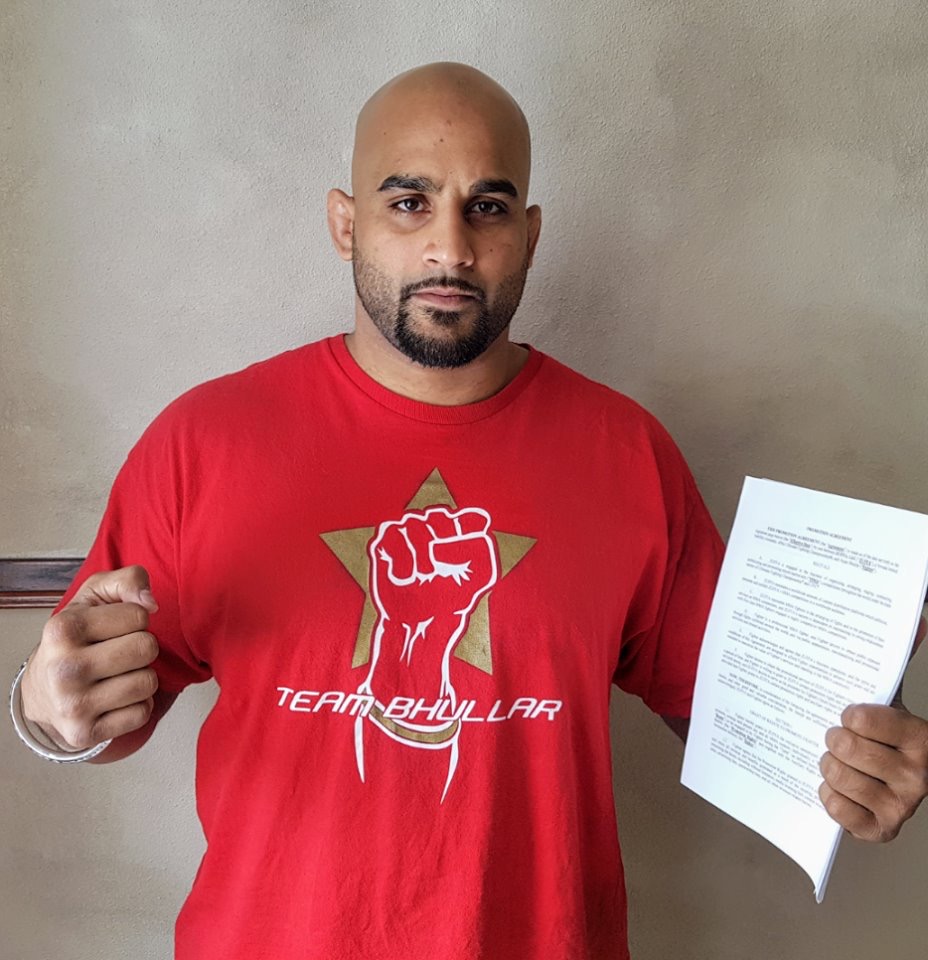 It’s a proud moment for all Indian MMA fans around the globe as one of our own, Canadian Indian MMA Heavyweight , Arjan Singh Bhullar has been signed by the UFC as per his announcement via his Facebook account where he stated –
‘FROM THE OLYMPIC GAMES, TO THE UFC!
Another glass ceiling has been smashed.  It’s official, we are headed to the UFC!
When you are headed into battle and need the job done right, you call a Sikh….and they called the right one.  I will proudly represent the Maple Leaf and be the ambassador for over 1.7 billion South Asians.  I fully appreciate the significance of this moment, and understand the seriousness of the task at hand.  We will prepare accordingly.’

The MMA India Show had recently spoken to Arjan Singh Bhullar where he told us about his aspirations of making it to a huge promotion like the UFC and we have to congratulate him for making it so soon after chatting with us.

Arjan Singh Bhullar trains out of AKA San Jose with some of the top UFC elite like Daniel Cormier and Cain Velasquez. He was in fact initiated into the gym with a sparring session with Daniel Cormier.

Arjan Singh Bhullar has a bright future ahead of him and we wish him all the best.