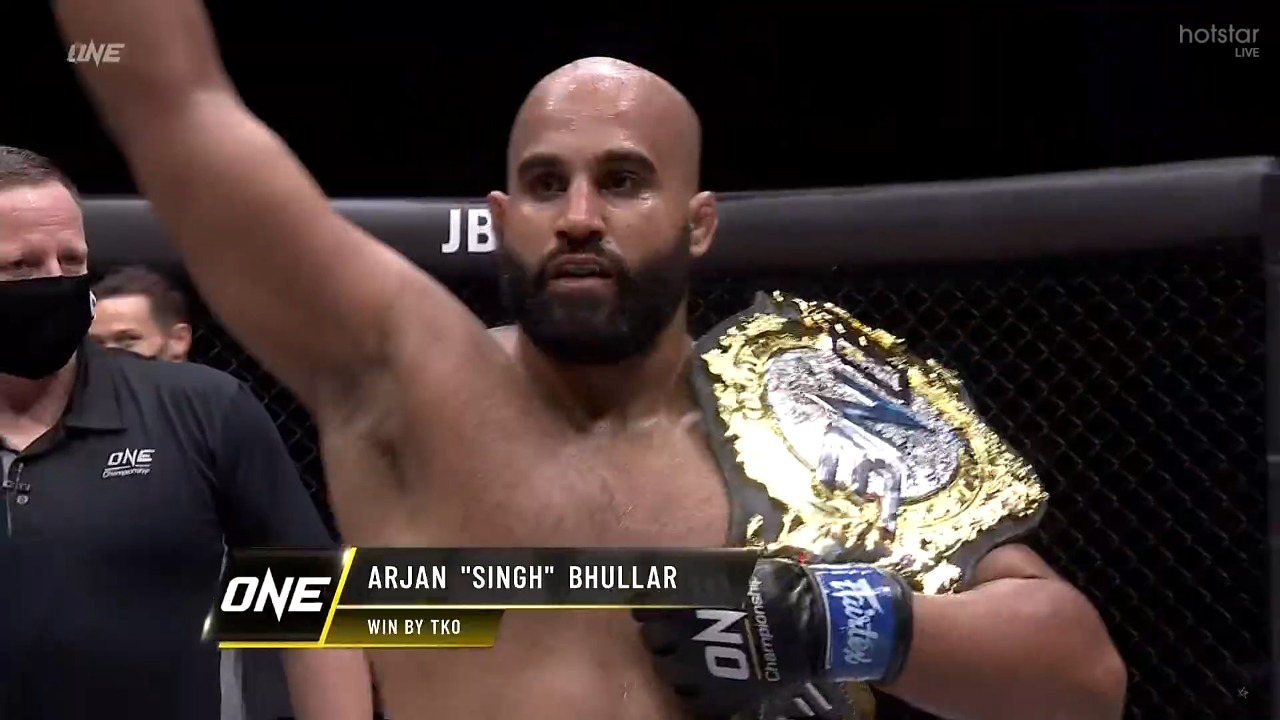 Arjan Bhullar will finally look forward to making history by becoming the first Indian origin fighter to win the ONE heavyweight title as he takes on the champion, Brandon Vera in the main event of ONE: Dangal.

Both fighters are former UFC veterans and both fighters last win came off over Mauro Cirelli.

ONE: Dangal featured four Indian fighters and the card was opened by a catchweight bout between Gurdarshan Mangat and Roshan Mainam. In that fight, Mangat defeated Mainam via a unanimous decision. 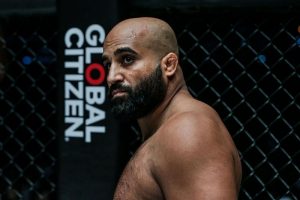 Also, Ritu Phogat suffered her first career loss against Nguyen via a split decision. It was a controversial decision.

Round 1: Brandon Vera starts aggressively and lands a couple of punches. Bhullar maintaining the forward pressure but Vera lands an inside leg kick on Bhullar.

Vera circling around Bhullar and the Indian lands a counter overhand right on him. Both fighters are switch-hitting and changing stances. Bhullar shoots for a double leg takedown and successfully executes it. Bhullar lays on top of Vera and is controlling in the half guard position.

Round 2: Vera fires long jabs from range and Bhullar is actively looking for takedowns. Overhand right lands for Bhuller and Vera is hurt and he is wobbling. Another hard right-hand land for Bhullar followed by a hard jab.

Bhullar goes for a single-leg takedown and Vera latches onto the cage and Bhullar is landing heavy ground and pound on Vera.

Bhullar has done it….he becomes the ONE Championship heavyweight champion.

Result: Arjan Bhullar is the new ONE Heavyweight champion

Previous articleBi Nguyen defeats Ritu Phogat via split decision at ONE: Dangal
Next articleUFC 262: Charles Oliveira knocks out Michael Chandler in Round 2