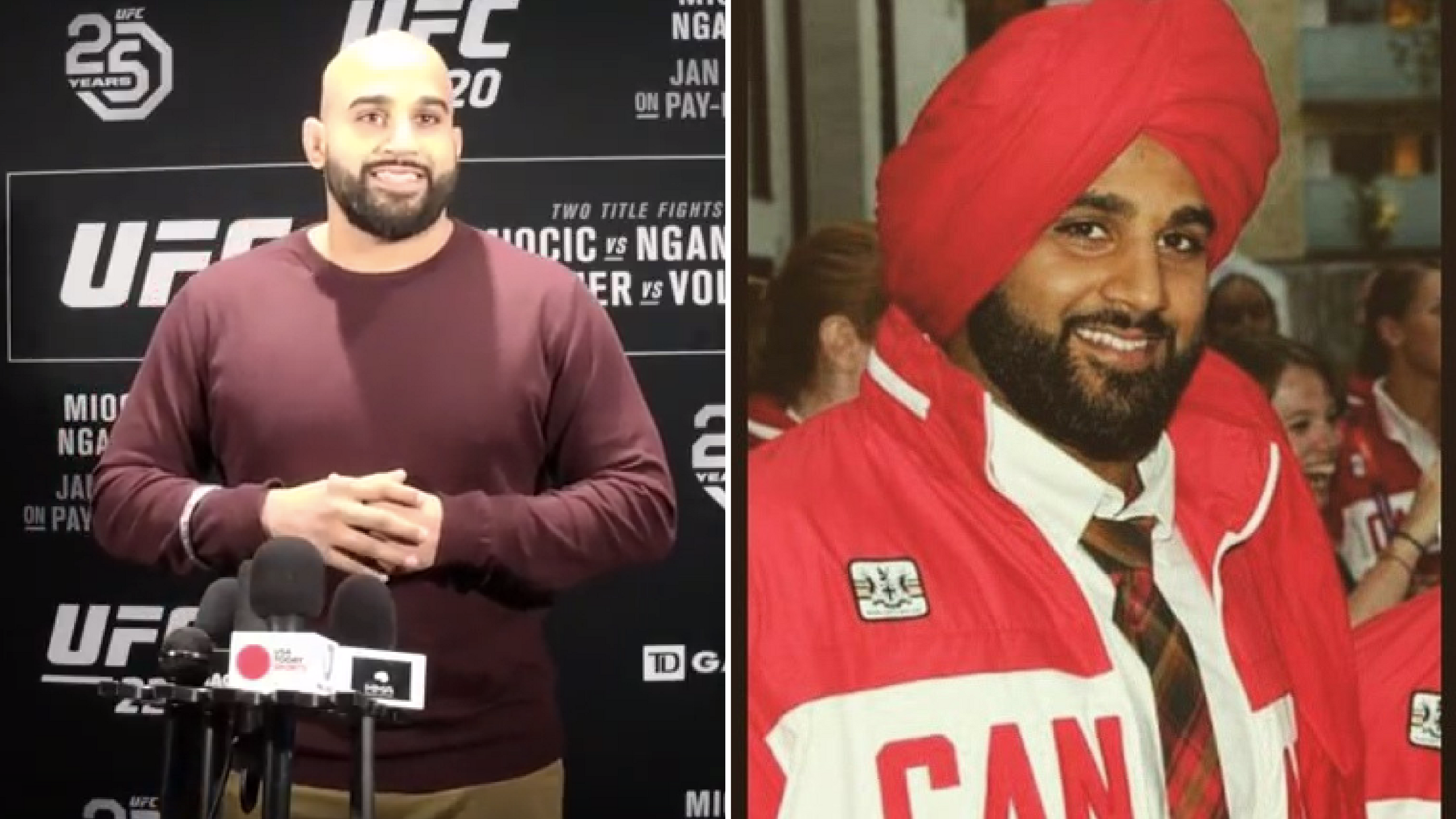 Arjan Singh Bhullar, the Indo-Canadian UFC star, was present at UFC 220 as a guest fighter and while speaking backstage to the media he let them know that he had sorted out the issues with the UFC and had now got the green light to wear the turban for his walk out at his next fight on April 14th 2018 which will be a very significant day since it is also the day the Sikh religion was born on Baisakhi day.

When asked what the issue was in the first place, Arjan replied that he simply didn’t take clearance for his turban, which everyone needs to do, since it’s considered headgear. He stated that he had now spoken to them about it for his next fight on April 14th vs Adam Wieczorek the venue for which still has to be announced but will be headlined by the Gaethje vs Poirier fight and that it would be a ‘special moment for Indians everywhere’.

MMAINDIA.com’s Chamatkar Sandhu (who uncannily is sporting the same look as Arjan nowadays and some media were joking that they thought Arjan was him) asked him whether he had decided what color turban he’d be wearing and Arjan replied that it was a secret and he would have to wait to find out but that he would definitely not be color coordinated.

Arjan then also spoke about not having any similar looking sporting icons himself while growing up and that would be significant for young Indians around the world and his icon while growing up was boxer Muhammed Ali.