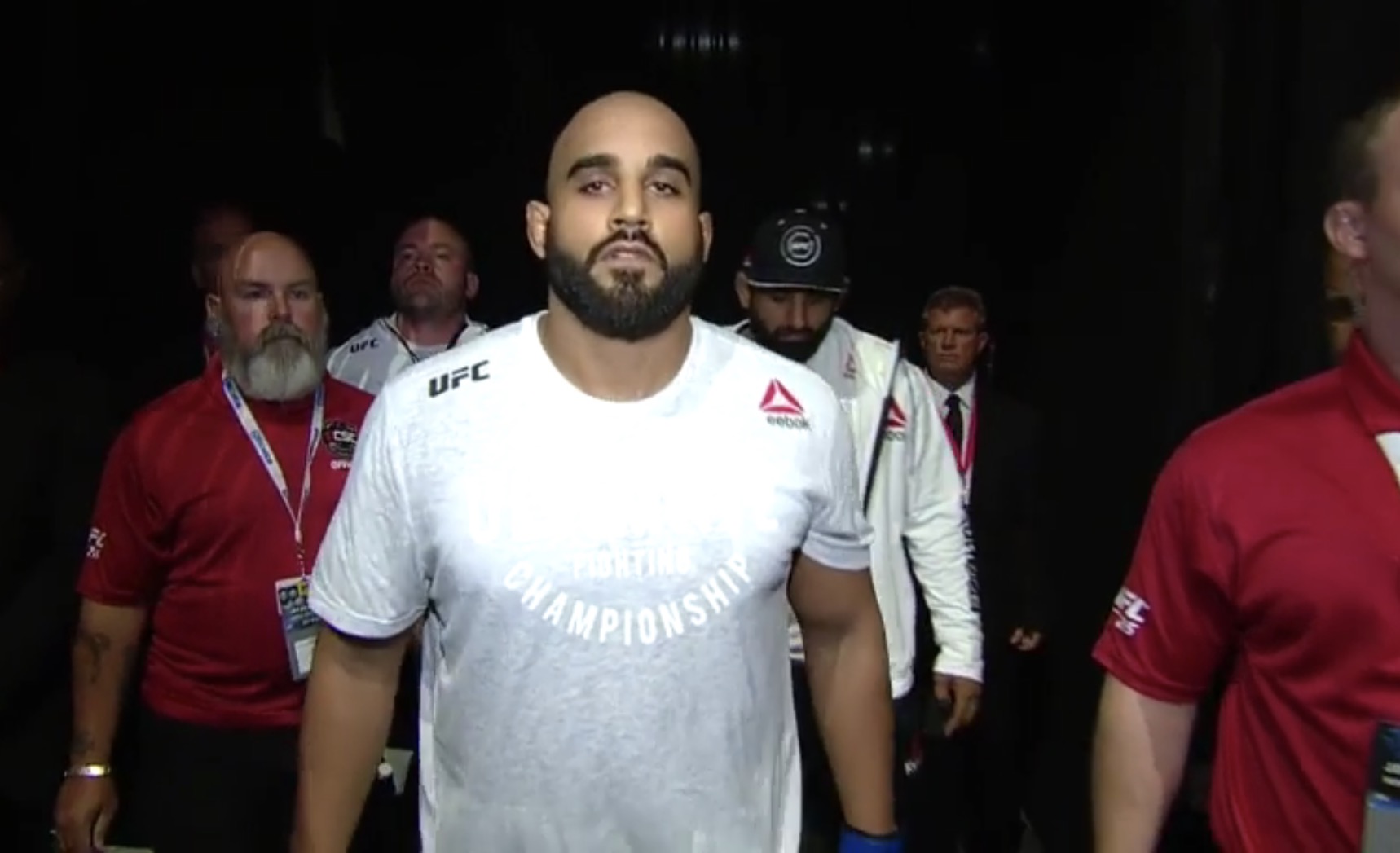 Arjan Singh Bhullar became the first fighter of Indian descent to fight in the UFC and secure a win in his debut fight against Luis Henrique at UFC 215.

WWE Champion Jinder Mahal was supposed to accompany Bhullar to the Octagon but he didn’t show up for the event.

According to Bhullar, Mahal was caught in a hurricane and had to take care of his properties and his dog in Florida. Hence, the WWE Champion couldn’t make it to the show.

“Maharaja got grounded,” Bhullar told Ariel Helwani. He also said that he had requested his friend Mahal to be safe and would meet him in the future.

Ariel joked that ‘ a hurricane had hindered Jinder’.

The UFC fighter also revealed that he has known Mahal for over ten-twelve years and calls him his ‘brother’. They began their careers almost at the same time.

He also complimented Mahal stating that ‘he is on the top of the food chain now’.

Bhullar stated that Wrestling is the ‘unofficial national sport’ in India and described the history of the sport in India engraved on cave paintings. He continued stating that the founders of his religion were also wrestlers, so that is the biggest market for the WWE.

He also feels that he can open doors for many Indians out there and he said he was glad to be the first person to open the market for MMA in India. He wants to encourage people to stand out and be unique.

Bhullar also revealed that he had lineage of the Sikh Warriors and the life of a warrior is nothing new to him as his dad was a wrestler as well and that he had been living this life and wrestling since he was in his diapers.

Arjan also revealed that the athlete he actually looked upto was Muhammed Ali, not just for what he did inside the ring but what he did outside of it as well and he wanted to do the same for his people.

Ariel then brought up the topic of Daniel Cormier who he said reminds him of Arjan and also that he was aware that DC had taken a liking to him.

Arjan showered praise on DC saying he was a great family man, great team mate and great captain at AKA where they both train. He further said that DC and Cain Velasquez had both showed him love since his first day at AKA ,especially DC since he was more out going. He also praised how DC represented the sport of wrestling and handled himself especially during this tough time when his fight with Jon Jones (he never actually took Jon Jones name) was under the scanner and that if it was him he would have had a lot more to say. He also revealed that DC had come backstage before the fight to give him some words of wisdom and he appreciated that especially since he didn’t have to do that for a debut athlete, but DC always goes the extra mile.

When asked what his next plans were he said ‘to party at Union Hall’.

We’ll be having a drink for his victory too.