Artem Lobov focused on getting back to winning ways at UFC 223,after looking at other opportunities 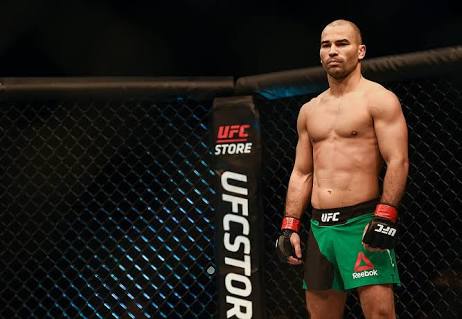 Artem Lobov’s (13-14-1 in MMA,2-4 in the UFC) MMA record has been pretty much a roller coaster ride.The ‘Russian Hammer’ has struggled to keep up with consistent performances and things were no different at Fight Night 118 in Gdansk, Poland where Lobov suffered a loss against then team Alpha Male product Andre Fili.

This was his second loss in a row.Fili dropped Lobov in the first round with a massive head kick and started piling up takedowns in the next two to seal the victory via unanimous decision(30-27,30-27,30-27).

The loss seemed very frustrating not only for Lobov but also his teammate,UFC Lightweight Champion Conor McGregor who was in the attendance that night.After the loss,Lobov reportedly asked for his release from the promotion and expressed his idea of competing in boxing.

However,Lobov signed a fight against Alex Cacarez at UFC 223 on April 7.In an Interview with MMANytt.com,Lobov agreed that he looked for other opportunities outside the UFC.He said,”The main difference between me and everybody else is that I don’t wait for no one.I make my own decisions and I make my own luck. It was never the case I was waiting for someone, I wait for no one.I went out there and I looked at what opportunities there were and in turns out there were plenty of opportunities everywhere.”

“The boxing world, there were opportunities for me there. K1 organizations I had offers from and I [also] had offers from big players in the MMA world.They were very good offers and moneywise I was probably earning more than I would do in the UFC if I was fighting elsewhere.”

With his back against the wall,Lobov understands the value of this bout and on his opinion on the bout he said,

“If you want success in this sport, which I presume everyone wants, you hardly just doing it for the crack, not at this level anyway. This is my profession and I realize you need to be knocking guys out and winning impressively in order to progress and reach new highs and this is what I want to do.

“I always fight with everything I have and I always give everything I have.No one has ever submitted me, no one has ever said ‘Artem Lobov didn’t show up’ or ‘Artem Lobov didn’t give everything he had in there.’I do and I do every single time. My plan won’t change and I’m going to go in there and be aggressive as always, put the pressure on and be in there until the last second.That’s my gameplan and it always will be.”