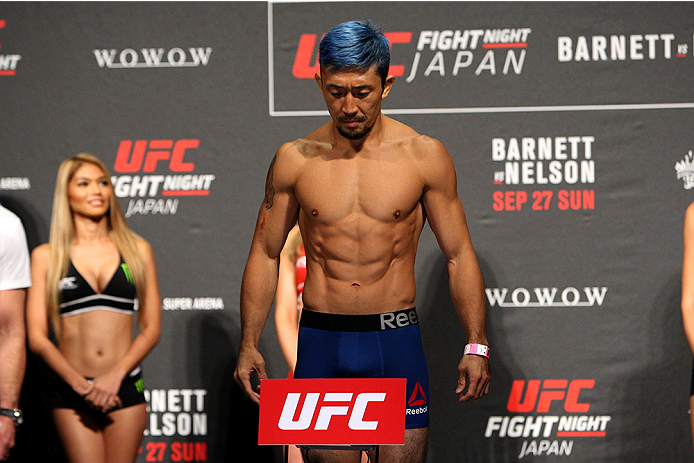 With each passing day we are edging closer towards the UFC’s biggest Australian PPV in a long time. UFC 221 promises to offer some really mouth-watering clashes between Luke Rockhold and Yoel Romero for the interim UFC Middleweight belt, between Mark Hunt and Curtis Blaydes among many others. However, we have decided to shed some light on to the lesser known Asian fighters featured on the UFC 221 fight card.

We’ve already discussed Li Jingliang and Dong Hyun Kim both of whom are fighting on the main card and on the FS1 preliminary card respectively. In this edition, we are going to talk about three more fighters who will be competing on the UFC Fight Pass’ early prelims. 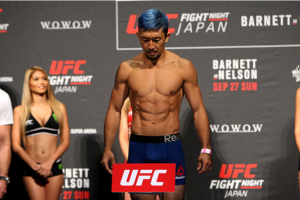 Hirota who has been nicknamed “Pug Prince” by his fans, is a 36 year old Japanese fighter who competes in the UFC’s Featherweight division. The Japanese martial artist has also previously competed for MMA promotions such as Strikeforce, Dynamite, etc. He has a background in Boxing and Sumo wrestling. The “Pug prince” currently has a MMA record of 19-8-2 and is coming off of a unanimous decision loss to Alexander Volkanovski.

“Pugnus” will be looking to improve his UFC record with an impressive victory over Ross “The Real Deal” Pearson at UFC 221. 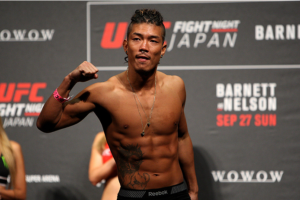 At just 26 years of age, ‘Yashabo’ Ishihara is a relatively young, up-and-coming prospect. He fights in UFC’s 145 pounds division and made his octagon debut at UFC Fight Night 75. He lost all his momentum after being consecutively defeated by Artem Lobov and Gray Maynard. However, he still remains to be one of the most talented fighters on the roster. He again gained some steam by defeating Ronaldo Dy at UFC Fight Night 117. He will be facing the Mexican, Jose ‘Teco’ Quinonez at UFC 221.

Abe too is young, up-and-coming rookie prospect with an undefeated MMA record of 6-0. He has had only one fight in the UFC yet which he had won via unanimous decision over Hyun Gyu Kim.

Abe’s opponent for UFC 221 is a fellow prospect Luke Jumeau. The Japanese is surely one of the most exciting, upcoming Welterweight prospects in the UFC and certainly has the potential to remain unbeaten for a long time.

Previous articleTyron Woodley feels that Stephen Thompson is the Jon Fitch of current generation
Next articleJohn Dodson vs. Pedro Munhoz added to UFC 222