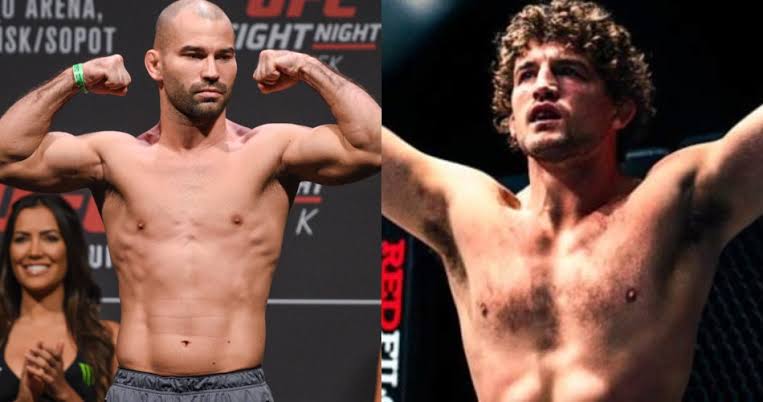 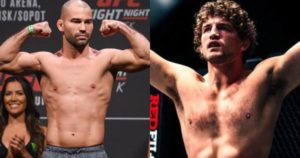 Lobov himself demanded for his release and UFC obliged despite having three fights left on his contract. Lobov however is open for opportunities in all MMA, boxing and kickboxing. Recently signed former Bellator and ONE FC welterweight champion, Ben ‘Funky’ Askren took to Twitter with a sarcastic tweet mentioning Lobov as the ‘GOAT’ with reference to his 13-15 record. (via Twitter):

Lobov replied with a tweet of his own that Askren should keep his warm until he (Lobov) ‘takes’ over boxing. (via Twitter):

Keep that belt warm for me Ben, I'll be back for it after I take over boxing 👊🇮🇪🇷🇺

Askren still had some words about Lobov (via Twitter):

Artem you literally stink at fighting, your record is 13-15! I’m glad you’re living the gimmick because we are all getting a good laugh out of it l. https://t.co/HL1YndHkxL

An undefeated Askren will make his much anticipated UFC debut at UFC 235 against former UFC welterweight champion ‘Ruthless’ Robbie Lawler.

Lobov, nevertheless, had his moments under the UFC banner. Lobov started his journey with TUF season 22 and was coached by none other than his teammate Conor McGregor. Lobov gathered an impressive record of 3-1 with three finishes, two of them being against current UFC lightweights Julian Erosa and Chris Gruetzemacher. Lobov also headlined a card taking on veteran Cub Swanson in April 2017. Lobov is now trageting the MMA organisations of Bellator, ONE FC, ACA League, KSW and RIZIN. Lobov also has his eyes on GLORY Kickboxing and Bareknuckle boxing.

UFC: Conor McGregor’s friend Artem Lobov has been released by the UFC