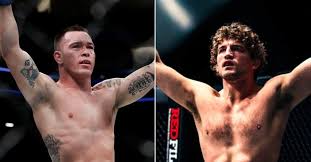 Retired former UFC fighter and ex-Bellator and ONE champion Ben Askren broke down the main event showdown. Tyron Woodley vs. Colby Covington is a fight that should’ve been for Woodley’s UFC welterweight title back in 2018, but Covington’s shot went to Darren Till and now neither Woodley nor Covington has a belt — interim or otherwise. 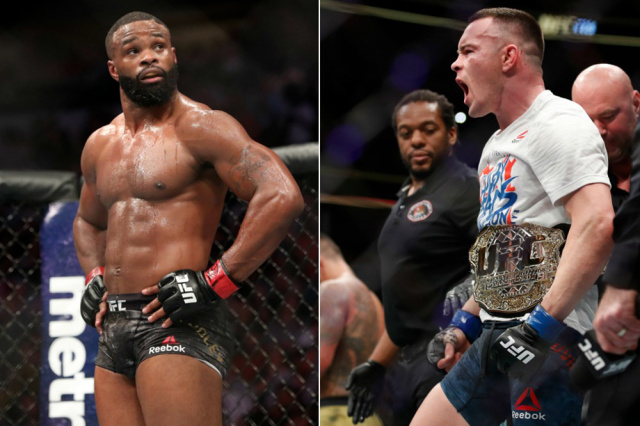 This weekend at UFC Vegas 11, the two will finally meet in a big grudge match after years of back-and-forth jawing. Askren is good friends with Woodley and not exactly a fan of Colby, but Ben’s big belief is that Tyron should be able to KO Covington provided he actually throws punches.

Askren on Tyron Woodley vs Covington

“Obviously I really, really want Tyron to win, because not only is he my friend, but Colby Covington is like the most annoying thing ever,” Askren said (via Submission Radio). “ So, golly, sure hope there’s no way he wins.”

“One of his biggest issues for his competitive career, whether it’s fighting or wrestling, is he just doesn’t pull the trigger sometimes. He gets inside and he just thinks too much. He’s really intelligent and he just thinks a lot about it, and I think that was kind of what happened with the Gilbert Burns fight. I know that’s what happened with the Marty fight. And so I’m hoping that gets fixed and he gets in there and lets his hands go. And if he lets his hands go, he should knock Colby out.”

“It’s just him. When he went on that streak, he just let his hands go and he was getting tonnes of knockdowns and some knockouts, and that’s kind of what he’s got to get back to.”

Woodley has had some tremendous knockouts over his career, most notably against Robbie Lawler to win the UFC belt and also versus Josh Koscheck and Jay Hieron. In these past two fights against Kamaru Usman and Gilbert Burns, not only was he soundly outwrestled but he’s thrown barely over two significant strikes per minute on average.

“He does a good job,” Askren said. “He’s got a lot of high volume, some pretty solid wrestling. So yeah, he does a pretty good job.”

“I don’t really foresee anyone having a strong wrestling advantage. I would say Colby’s strategy is probably going to try to close the distance and push him into the cage. That’s probably going to be what Colby tries to do, I would guess. And so, we’ll see if he can be successful or if Tyron’s going to be able to piece him up as he comes in.”